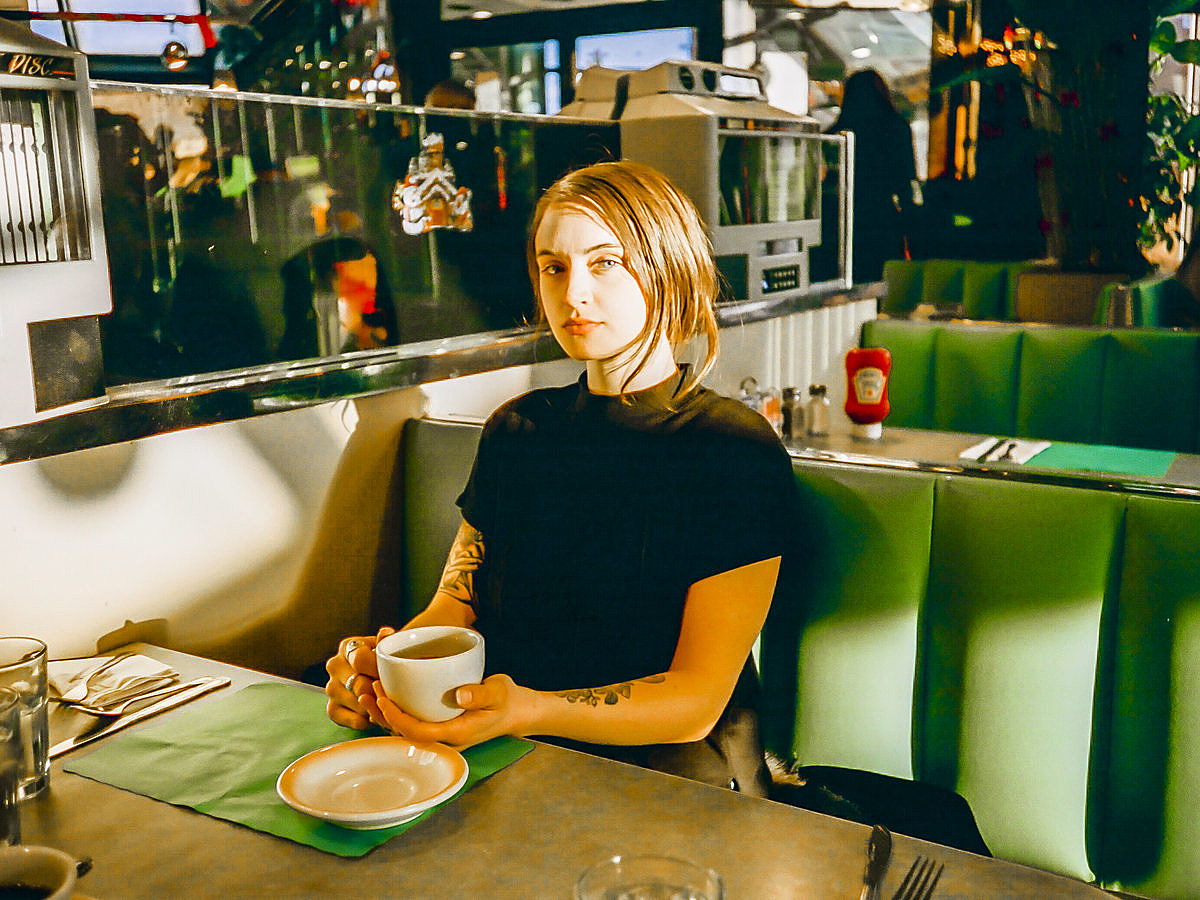 The holidays are upon us, and whether you’re feeling festive or not, the musicians are riding the tinsel train with new songs for the season. We give you some for a week, tucked away in one place, like gifts under a tree.

ANIKA PYLE – “THE WAY YOU LOOK AT ME”

Anika Pyle (Chumped, Katie Ellen) shared this ethereal holiday song today which she describes as “TFW, you come home for the holidays and meet up with an old lover in your hometown restaurant.”

NO SLEEP RECORDING – NO SLEEP UNTIL NOL 9

Every holiday season, No Sleep Records releases a holiday compilation, and this one features Looming doing an indie rock cover of “You’re A Mean One, Mr. Grinch”, Hornbill doing a skate punk cover inducing a circle of ” Blue Christmas “, and more.

â€œWe love Christmas, as you probably know,â€ says Bob Stanley of Saint-Etienne, â€œand it looks like it’s been a while since our last Christmas really Christmas record. There is genuine icy austerity in “Her Winter Coat” and its beautifully shot video. .

Billys Joel’s â€œBig Shotâ€ is by no means a holiday song, but Dave Grohl and Greg Kurstin’s cover is part of their Hanukkah video series, so we’re including it here. Tell the guys, â€œAlthough he claims a secular education on Long Island (and has songs full of Catholic and Italian imagery), Billy Joel remains one of the great Jews of musical writing. Here is his ultimate ode to a real Macher: â€œBig Shot! ‘”

BILLY NOMATES – “NOL IS FOR LOVERS, GIRLS AND CHILDREN”

â€œMerry Chrysler,â€ Billy Nomates says of that sort of holiday song that takes stock of the difficult year most of us have had. “Christmas is not for everyone, well … lovers, ghosts and children.” Available as a paid download in December, Bandcamp profits will go to Feeding the Homeless Bristol.

Beach Bunny jumped on the holiday bandwagon, sharing this melancholy track where singer Lili Trifilo sings “” I love gifts, but nothing is like your presence / Are you free this New Years Eve? “

Post-rock / math rock / prog duo El Ten Eleven get into the festive spirit with a bouncy new song called “New Year’s Eve”. They have also extended their tour, which arrives on April 23 at New York’s new venue Brooklyn Made (tickets). All dates here.

â€œSanta gave me some pretty cool presents when I was a kid,â€ says Jason Lytle of Grandaddy of this new holiday jingle. “But I have to say Jeff Lynne gave me about a million more. Here’s my little lightweight vacation-tribute combo to them two.”

Adam Sandler’s “The Chanukah Song” in its various versions is a true seasonal and comedic classic, but with its latest update, which Sandler performed at Carnegie Hall for a Judd Apatow & Friends New York Comedy Festival event, dating from 2015, some of its references may need updating. Enter Haim, who reworked the song, shouting Japanese Breakfast, Aaron and Bryce Dessner, Doja Cat, Eugene and Dan Levy, Rashida and Kidada Jones, and more.

Girl Ray always releases a single during the holidays and this year they’ve chosen not to be so seasonal, instead delivering a fun cover of Sophie Ellis-Bextor’s 2001 UK / EU hit. â€œ’Murder On The Dancefloor’ has always had a special place in our hearts,â€ says Poppy Harrington of Girl Ray. enthusiastically pushed the microphone to Iris lips when it was finally our turn to sing, cutting her front tooth in half for the remainder of the tour. Since then, of course, it has remained our karaoke song, and one of our favorite DJ sets. When we were looking for a song to cover for this year’s festival seasons, it just felt natural. It became one of our favorite parts of our live set, and we thought it would be fair to record it in honor of Sophie Ellis Bextor’s truly perfect pop song. The video, however, indulges in the holiday cheer, taking place at an office party where things get a little crazy but without being a crime.

Tired of merry Christmas carols and want something more ghoulish and death metal? This appropriate seasonal separation of Undergang and the Cadaveric Incubator should do the trick.

El Paso-based artist Ziemba (aka RenÃ© Kladzyk) shared two songs suited to the season. â€œSet in Iceâ€ is from his upcoming album Unsubtle Magic, and the other is a holiday classic.

DEVON KAY & THE SOLUTIONS – “NOL EMBALLAGE” (THE COVER OF SERVERS)

Devon Kay & the Solutions get into the holiday spirit with a ska-tinged indie-punk cover of the waitress classic “Christmas Wrapping”. It’s a really fun take on that captures the spirit of the original but also reinvents it.

Gruff Rhys shared a video for â€œDistant Snowy Peaks, the mesmerizing and touching closing track from this year’s fantasti. In search of new gods. Directed by Mark James, it’s as wonderful as the, with a few Wooly Mammoths adding just a little whimsy. While â€œDistant Snowy Peaksâ€ isn’t a Christmas song per se, it would be a welcome addition to any holiday playlist.

Looking for even more new songs? Browse the â€œNew Songsâ€ archives and our â€œHoliday Musicâ€ category.