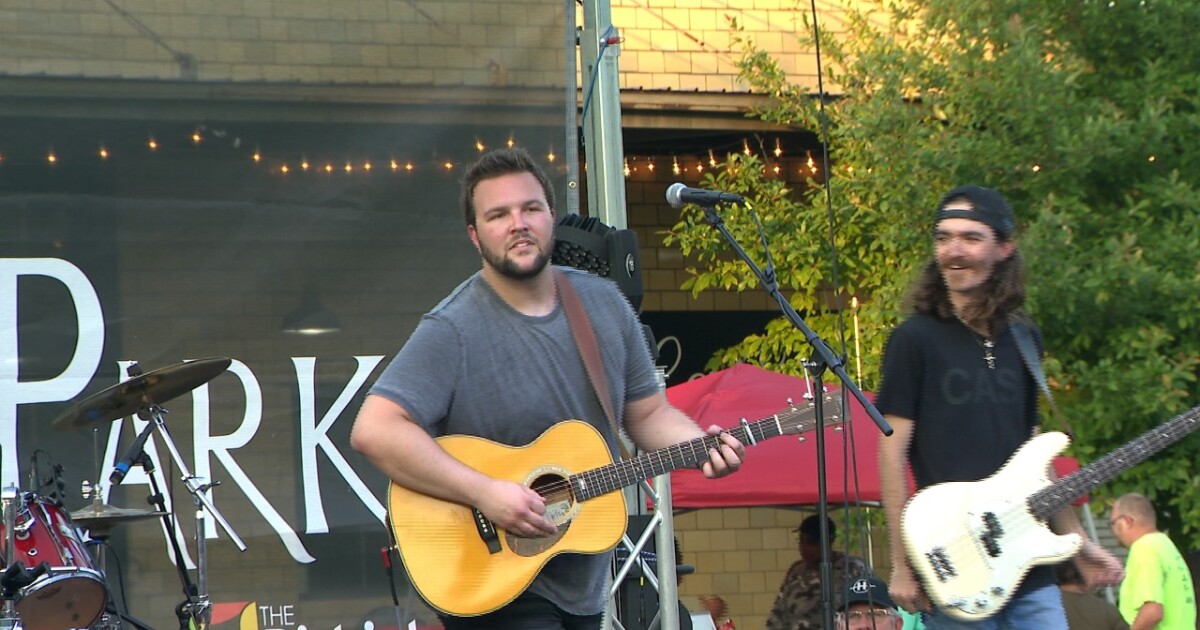 A Newcomer to the Country Shares His Story for Hemophilia Awareness

NASHVILLE, Tenn. (WTVF) – Of all the scenes he could play, newcomer country musician Trevor Martin will tell fans that it’s hard to beat a show in front of a home crowd.

“It’s Bowling Green, Kentucky,” he smiled just before taking the stage. “It’s my hometown. It’s a very special place for me. My grandmother used to take me to these things, and here I play it.”

Bowling Green is where Trevor made his plans to be a recording artist in Nashville. But Trevor’s first trip to Music City was very scary.

At two days old, Trevor was bleeding all the time. He had to be transported to Nashville.

“My parents probably thought they were going to lose me when I was two days old,” he said. “That’s when the doctor said, ‘He has hemophilia.'”

Hemophilia is rare enough that having grown up in his hometown, Trevor probably didn’t know many other people who had it.

“Hemophilia is a bleeding disorder,” he said. “That’s where my blood doesn’t clot. A scratch or a paper cut – for me, as a hemophiliac – I wouldn’t stop bleeding.”

The CDC said the exact number of people living with hemophilia isn’t known, but it’s much more common in men. As many as 33,000 men in the United States live with it. About 400 babies are born with hemophilia each year.

“It definitely shaped me growing up,” Trevor said. “I couldn’t play football during my high school years.”

These obstacles led Trevor to channel his ambitions into music.

Now taking medication for his disorder and having his music go viral on TikTok, Trevor wants to take on this new platform to raise awareness for hemophilia.

“Having hemophilia is something I don’t hide,” he said. “I wouldn’t change a thing about having hemophilia, but that’s something not everyone would know when they look up on stage and see a guy living his dream, living his career. There’s going to be of adversity in our lives. Some are more difficult or physical than others. Being able to take the cards dealt to you and move on is what I hope people in will shoot.”