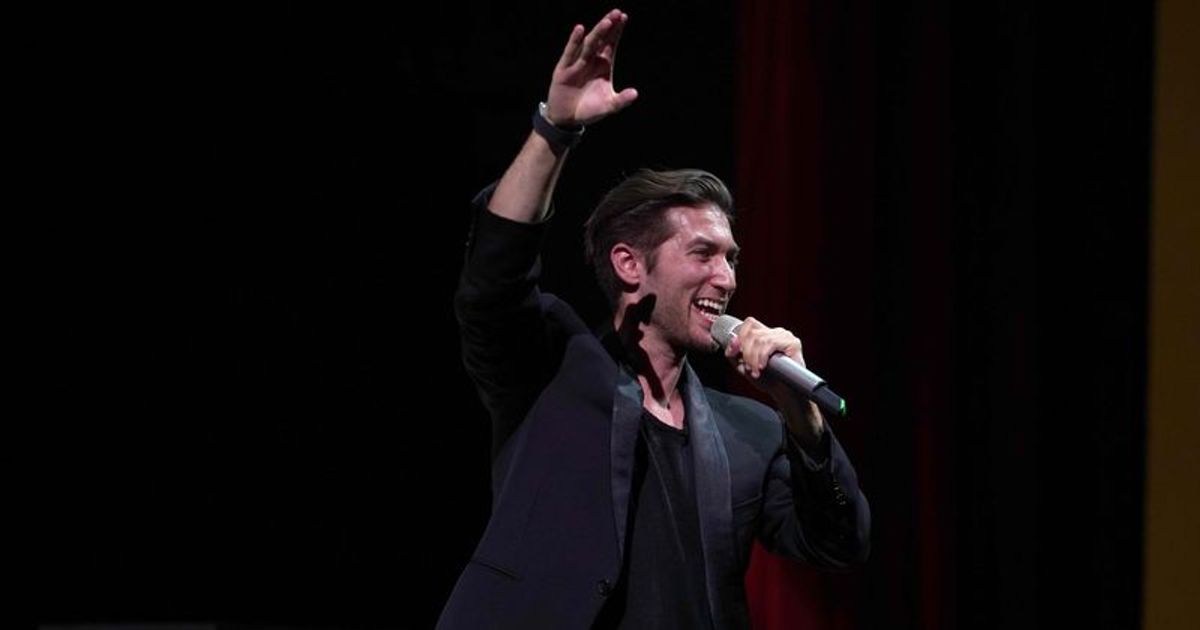 As 56 artists compete to prove their state has the best, NBC’s “American Song Contest” is starting to feel the heat. The show has it all – from a huge range of genres to famous and up-and-coming musicians, all of whom are here to prove their original song is a cut above the rest!

As the show enters Week 5 of the qualifying rounds, the states and singers who have made the cut so far are: In Week 1, Hueston from Rhode Island, AleXa from Oklahoma, Christian Pagán from Puerto Rico and Connecticut’s Michael Bolton. In Week 2, Jordan Smith of Kentucky, Broderick Jones of Kansas, Jonah Prill of Montana and Chloe Fredericks of North Dakota. In Week 3, Tyler Braden of Tennessee, Ni/Co of Alabama, Grant Knoche of Texas and Riker Lynch of Colorado. And in Week 4, the judges picked Washington State’s Allen Stone to advance to the semifinals, while the public’s picks have yet to be revealed.

Who is Justin Jesso?

Justin Jesso will represent the state of Illinois on the “American Song Contest” stage. He calls Glencoe, Illinois home while currently residing in Los Angeles, California. He studied songwriting at the Clive Davis Institute in New York and has written music for HRVY, The Backstreet Boys and AJ Mitchell. He was also nominated for Song of the Year at the Latin Grammy Awards for his song ‘Vente Pa’ Ca’, which he co-wrote for Ricky Martin.

In a chat with ESC United, Jesso explained why his hometown has such a special place in his heart. “I grew up in the suburbs of Chicago and growing up there helped shape me into the person I am today. My favorite things about my state are the values ​​that growing up in Illinois instills in you. Midwesterners are raised to be kind, treat others how they want to be treated, and care deeply about their friends, family, and everyone else in their lives.Plus we had the best deep dish pizza . he said.

His NBC bio states: “Justin Jesso grew up in the relatively small village of Glencoe, Illinois – just under 30 minutes from Chicago. His family’s musical roots run deep in the state of Illinois, his great -grandfather being a bandleader in Chicago in the 1920s. As a famous artist and songwriter, Justin has over a billion streams for his collaborations with international pop greats such as Ricky Martin, Maluma, the Backstreet Boys and Norwegian producer Kygo (co-wrote and featured on his worldwide hit “Stargazing”) Signed to Sony, Justin released his debut EP, “Let It Be Me,” in 2019, featuring the singles “Getting Closer” and “Let It Be Me” (with Nina Nesbitt). His most recent DJ collaborations with Alle Farben, “As Far as Feelings Go”, peaked at number three on the German radio charts, and his single next, “Bigger Than”, with Norwegian producer duo Seeb (Pill In Ibiza) account over 60 million streams.”

‘American Song Contest’ airs Mondays, at 8/7c on NBC. You can vote for your favorite performances on the NBC website, NBC app, and TikTok. You can also stream songs from your favorite artists on your favorite music streaming app.