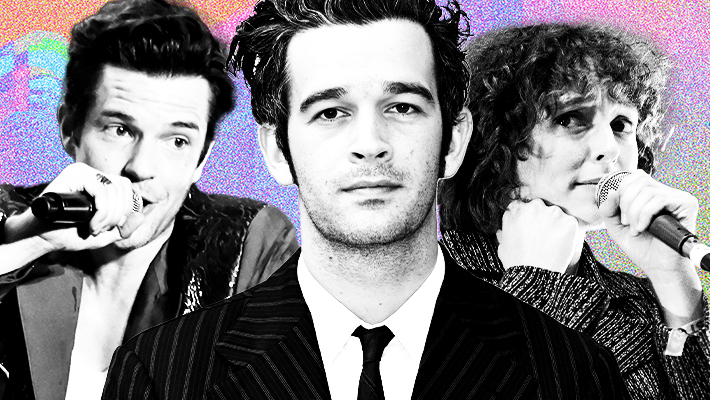 Indie music has grown to include so many things. It’s not just music that comes out on independent labels, but speaks to an aesthetic that deviates from the norm and follows its own quirky heart. This can take the form of rock, pop or folk music. In a way, that says as much about the people who are drawn to it as it is about the people who make it.

Every week, Uproxx rounds up the best new indie music from the past seven days. This week we received new music from The 1975, The Killers, Stella Donnelly, and more.

While we’re at it, sign up for our newsletter to get the best new indie music straight to your inbox, every Monday.

Rhythm duo Brijean, consisting of Brijean Murphy and Doug Stewart, have made a name for themselves with their lo-fi, groovy music that combines complex soundscapes to create colorful tracks. Full of playful and percussive melodies, their new EP Angel is the soundtrack music for sunny days.

We all need a reason to reflect on our younger years, and The Killers’ new track “Boy” does just that. The song is built around a driving beat and a nostalgic guitar riff that fades into the background once the synth kicks in. Overall, the song was inspired by singer Brandon Flowers’ recent visit to his small hometown. “I found that the place I so desperately wanted to get away from at 16 was now a place I couldn’t help but return to,” he said. “I have a son who is approaching the age I was at this time in my life. With ‘Boy’, I want to reach out and tell myself – and my sons – not to think about it too much.

If The 1975’s latest single “Part Of The Band” sounded like Bon Iver attending a Phoebe Bridgers concert, their new track “Happiness” sounds like Peter Gabriel attending a MUNA concert. The most upbeat song is led by groovy bass guitar and jazzy saxophone and showcases the band’s ability to write a range of music from moody ballads to carefree love songs.

Stella Donnelly – “How was your day?”

Australian singer-songwriter Stella Donnelly is just weeks away from her anticipated album Flood. Giving fans another taste of the album, she delivers the poetic anthem “How Was Your Day?” With bright, sunny chords, Donnelly takes on a speaking lyrical delivery as she unpacks what it means to get lost in digital translation.

It’s not long since Young Jesus, songwriter John Rossiter’s band, released the 2020 album Welcome to conceptual hill, but a lot has happened in Rossiter’s life since then. After the untimely and tragic death of a close friend, Rossiter poured his emotions into music, resulting in the next album shepherd’s head. The track “Ocean,” featuring Tomberlin, serves as a preview for the project, combining haunting vocals over nostalgic chords as Rossiter asks life’s big questions.

Frankie Cosmos’ 2019 Project Close it quietly was his last full-length project, but this week the songwriter spotlighted his creative endeavors with lead single “One Year Stand” and inner world peace album announcement. The tranquil track features rolling guitar and veiled lyrics about a relationship that has run its course. “For me, the album is about perception. It’s about the question “who am I?” and whether the answer counts or not.

After becoming one of Australia’s leading singers and songwriters, Gordi returns to her acoustic roots with the relatively upbeat track “Stranger.” The song comes ahead of her upcoming EP Inhuman and offers a reflection on detachment and running.

Helado Negro, nickname of musician Roberto Carlos Lange, released the exciting 2021 LP far in, but that didn’t stop him from continuing to roll out new projects, like the heartwarming song “Agosto.” The track is a collaboration with Puerto Rican duo Buscabulla, resulting in beautiful soundscapes and tender melodies that create a comforting and happy lullaby.

Comedian/musician Whitmer Thomas is on a mission to prove that comedy and indie rock go hand in hand. So far this year he has already released the EP I can’t believe you’re happy here, but it is now gearing up for a full release, albeit produced by Jay Som. This week’s single “Rigamarole” is a wry synth anthem about giving in when life gets you down. For Thomas, the song is about “trying to shake off depression with routine, and finally accepting that I have no choice but to sink into it”.

Dynamic singer-songwriter Okay Kaya prepares to release his next album SAP, which includes the brand new track “Spinal Tap”. Opening with spoken prose, the song is underlined by a driving bass guitar that complements Kaya’s languid vocals. In terms of subject matter, “Spinal Tap” is an investigation into the function of one’s mind, which can be oddly comforting when viewed through a scientific lens.