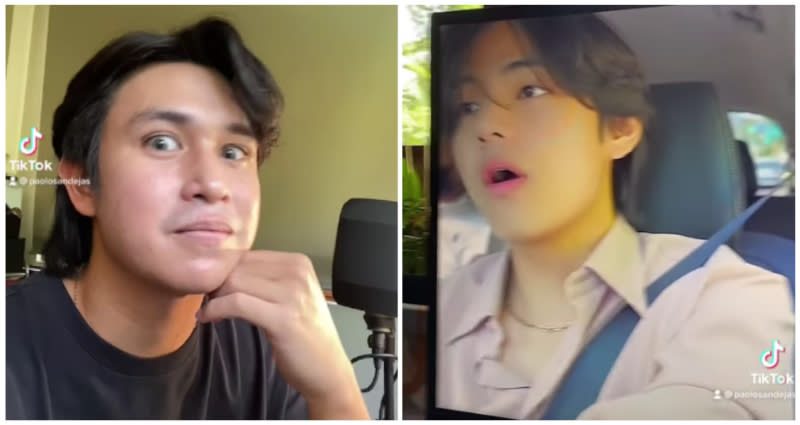 BTS’ V gave a song by Filipino singer-songwriter Paolo Sandejas a lot of love in their latest weekend vlog.

Posted on BangtangTV’s YouTube channel on July 9, V’s “Drive Vlog,” which covers his road trip from Seoul to Yangpyeong County, features Sandejas’ track “Sorry” about 26 minutes after the BTS singer announced that he was going to share some of his “recent favorite songs”.

The timestamp was even noted by legendary Filipina singer Lea Solonga, who shouted out the video on her Twitter.

More from NextShark: ‘Ugly girls can be married off’: Indian textbook lists merits of dowry system

More from NextShark: BTS ARMY, get ready for a new album in 2020

In an interview with CNN PhilippinesSandejas said his sister is a big fan of BTS and she was the first to tell him about V’s vlog episode.

Sandejas’ reaction is captured on his Instagram post where he writes, “I have no words 🥲 V just sang a song I wrote! I’m a singer-songwriter from the Philippines, and idkwtf, I’ve earned this blessing 🙌 V If you ever see this, you’re an amazing man! And thank you ARMY for being so nice to me and my music 💜 #bts #armybts #taehyung #opm”

In the Instagram reel, re-shared from his TikTok, Sandejas can be heard commenting, “So V from BTS just listened to my song. I don’t think anyone would ever believe me if I told them V was singing a song I wrote and he was vibing. Like what the hell and sing it so well. It’s on his driving playlist.

Sandejas’ song “Sorry” was released under Universal Records Philippines in 2020 and is about his personal experiences and heartbreak.

As of this writing, V’s “Drive Vlog” has over ten million views and 1.7 million likes.