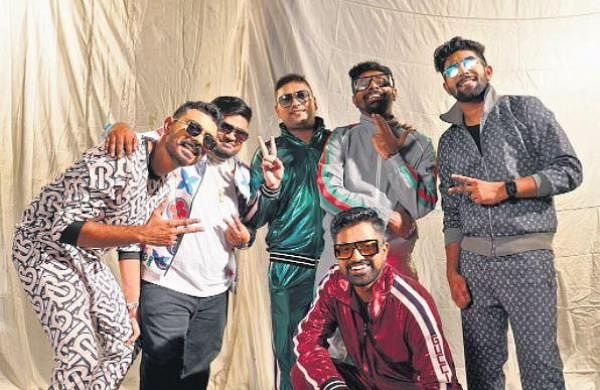 CHENNAI: Whether it’s touching more benevolent wood or the overwhelming influence of a horoscope, every Indian is faced with superstitious beliefs at some point in their life. Srihari Jagannathan, singer-songwriter of city indie Chennai Street Band – with Goutham Healer on drums, Renin Raphael and Akshay Yesodharan on guitars, Adithya Gobi on bass and Sebastian Sathish on keyboards – is no different.

â€œMy mom was talking about making a parent’s life better with a stone he wore and I kept joking with her, asking her if she didn’t think the parent played a role in it. ‘improvement,’ he begins, speaking of the inspiration for their recent Paramapadham release.

The funky Tamil song conveys an important message of a person’s appreciation rather than a belief, oozing local flavor and satire. “It’s good to have a belief, but if a person stays inactive (does nothing to improve the situation), what’s the point?” I didn’t know how to put it in a song; it was philosophical. One day I was watching TV and saw Yogi Babu on a program. The lingo attracted me. This is how the language of the song came about and I thought the analogy of snakes and ladders was interesting – life has its ups and downs, â€Srihari shares, adding that the brassy sound of the song is from 305 Horns, who have worked with like Lizzo and Camilla Cabello.

The single is part of their second album Uplift and reached number 86 on the Spotify Local Pulse list in November. â€œIt was a great feeling to be in the top 100 where only 3-4 independent songs make it,â€ he exclaims. With songs in Hindi and Tamil in the mix, the band hope to reach a wider audience with their bilingual album – either you leave with an important message or a groovy tune. Win-win.