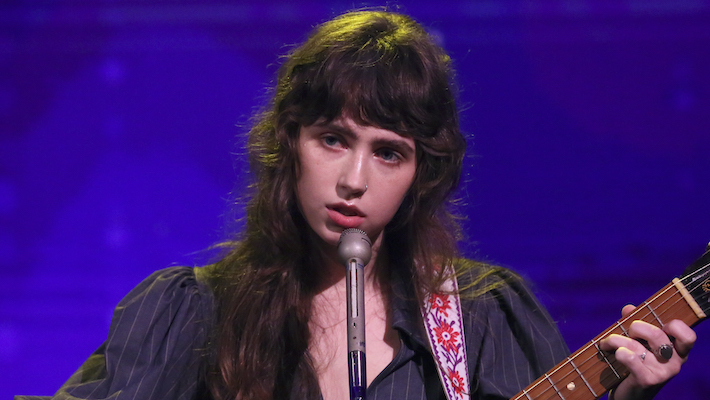 Clairo launched her tour in support of her second album, Sling, this past Wednesday. At the first stop in Charlotte, North Carolina, she launched an unreleased song called “Nomad.”

While his first album, Immunitymade her a staple in the realm of chamber pop, Sling sees Clairo adopting a more vintage chamber sound. “Nomad” is a continuation of these musical styles.

“I’d rather be alone than a stranger to come visit me late at night / I’d rather wake up alone than remember what a dream it was this time,” Clairo sings as she plays the piano, backed by drums, guitars, and a saxophone.

It’s unclear if “Nomad” is an upcoming single from a new Clairo album or a deluxe version of Slingor just an excerpt from Sling.

Clairo announced her North American tour, with the opening of Arlo Parks last July, noting in a press release that she “has partnered with SafeTour and Calling all crows to provide a safe and harassment-free concert experience,” and “integrates a dedicated Calling All Crows representative into its touring team who will respond to requests for assistance via a text message hotline and proactive canvassing of each gig, and will provide supportive messages and educational information so attendees can participate in securing these shows and their own communities. His tour is scheduled to end in April, at the Tabernacle in Atlanta, Georgia.

Check out “Nomad” above.