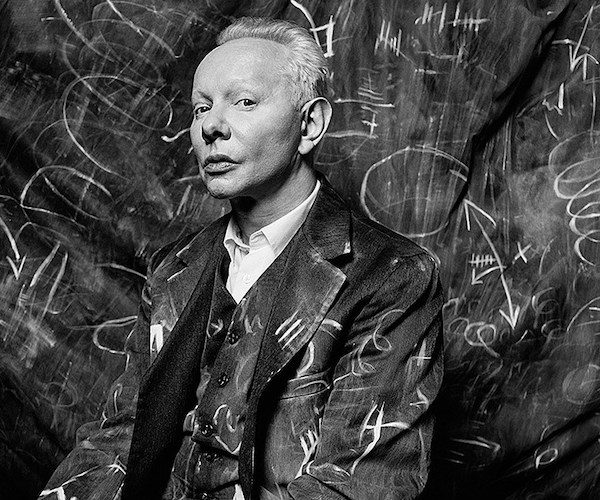 Concert Review: Joe Jackson at the Shubert Theater — A Relentlessly Creative Performer at the Peak of His Power

Trampling the expectations of his fans, of course, is a big part of what makes Joe Jackson the singular talent that he is – and most of his admirers wouldn’t have it any other way.

Here is a list of things that Joe Jackson is no longer. First, he is no longer a leader. It was about time he prowled the front of the stage, shouting lyrics into the microphone and mocking the audience. In the past, he occasionally played the piano, but he often had a keyboard player on tour with him. Now he remains seated behind his keyboard, one of the band members, leading and vocalizing without much physical movement. Second, inferred from the first, he’s no longer the angry young man he was marketed as in the late 70s and early 80s. I’ve seen him swear in front of audiences in the past; today he is a kitten, expressing genuine affection and appreciation for his fans. Third, he is no longer a hugely popular hitmaker whose latest works flood the radio airwaves. My 25 year old daughter says she has never heard of him or his works, even after I serenaded her with a medley of his early hits. You can occasionally hear his older songs on classic rock radio, but rarely after his biggest hit, 1982’s “Steppin’ Out.”

Of course, none of that mattered to his loyal fans, who not only packed the Shubert Theater last Thursday night and gave him standing ovation after standing ovation, but also sang along with many tunes. These are the people who never left Jackson, who followed his eclectic career as he took detours through reggae, jump blues, classical music, Latin music, theater, and in and out of his unique twist on rock, which started with new wave and later became a highly literate form of power pop, and as recently as 2019 Silly (the last time he toured here) explored centre-left prog-pop territory as one would find in bands such as Utopia and XTC.

To cover all (or more) of these bases in one show would seem like a big band would be needed, but Jackson’s quartet, his brilliant longtime bassist Graham Maby, guitarist Teddy Kumpel and drummer sensation Doug Yowell had energy and chops to deliver the goods. At one point during the show, Jackson called them “the greatest touring band in the world”; after the show, it was hard to refute the claim.

The tour is called “Sing, You Sinners Tour,” after a song by popular 20s and 30s dance group The High Hatters. The original was played on tape as the lights went out before the band took the stage; the musicians then performed it live late in the set. This set relied heavily on their first and last album, 1979 Look Sharp and Sillywith four songs each performed. I’m the man (1979), Night and day (1982), flame of glory (1989) and 2008 Rain were presented with two songs each. One song from 1984 each Body and soul and 2015 Fast forward have also been played, but key albums from his discography like beat crazy, Big world, and his four interesting but non-commercial albums from the 90s were ignored. During a solo section midway through, Jackson also played a cover of XTC’s “The Mayor of Simpleton”.

Among early and mid-career songs, a number were rearranged by Jackson to include touches of jazz and other musical ideas. Fans expecting to dance to the electronic disco of “Steppin’ Out” were treated to a slow ballad version. Trampling on his fans’ expectations, of course, is a big part of what makes Jackson the singular talent that he is – and most of his admirers wouldn’t have it any other way.

One thing that stands out clearly in concert is what an excellent musician he is. Jackson has a sensitive and lyrical touch on the piano, and his music has plenty of melodic and rhythmic twists. We forget that he studied composition at the Royal Academy of Music in London. Yet he and his band made even the trickiest parts easy and exciting. Jackson turns 68 in August but, even though he’s no longer playing the frontman, he knows a raver song like “I’m the Man” needs a full-tempo treatment and the band got it. out of the park. Wisely, the song was recorded for the end of the set, so they could catch their breath for the encore of two songs, “You Can’t Get What You Want (Till You Know What You Want)” and “Steppin’ Out”. ”

Ultimately, what Joe Jackson is no longer is irrelevant. He remains a creative performer at the peak of his powers, with a consistently strong voice (including an emotional falsetto) and a genuine desire to connect with his audience. Shubert’s show was the third leg of a tour that runs through August, crossing the United States and hitting several European countries. It was initially postponed because of you know what, but this show was well worth the wait. I’m already waiting for his next concert in Boston.

Jason M. Rubin has been a professional writer for more than 35 years, the last 20 as a senior creative associate at Libretto Inc., a Boston-based strategic communications agency where he won awards for his writing. He wrote for artistic fuse since 2012. Jason’s first novel, The grave and the gaybased on a 17th century English folk ballad, was published in September 2012. His current book, Ancient Tales Newly Toldreleased in March 2019, includes an updated version of his first novel as well as a new work of historical fiction, King of Kings, about King Solomon and the Queen of Sheba. Jason is a member of the New England Freelance Authors Collective and holds a BA in journalism from the University of Massachusetts at Amherst.

‘I’m lucky to be alive,’ says singer-songwriter Brian Kennedy as he releases his new album

Dungeon Crawl turns into a killer dance party with Soundfall