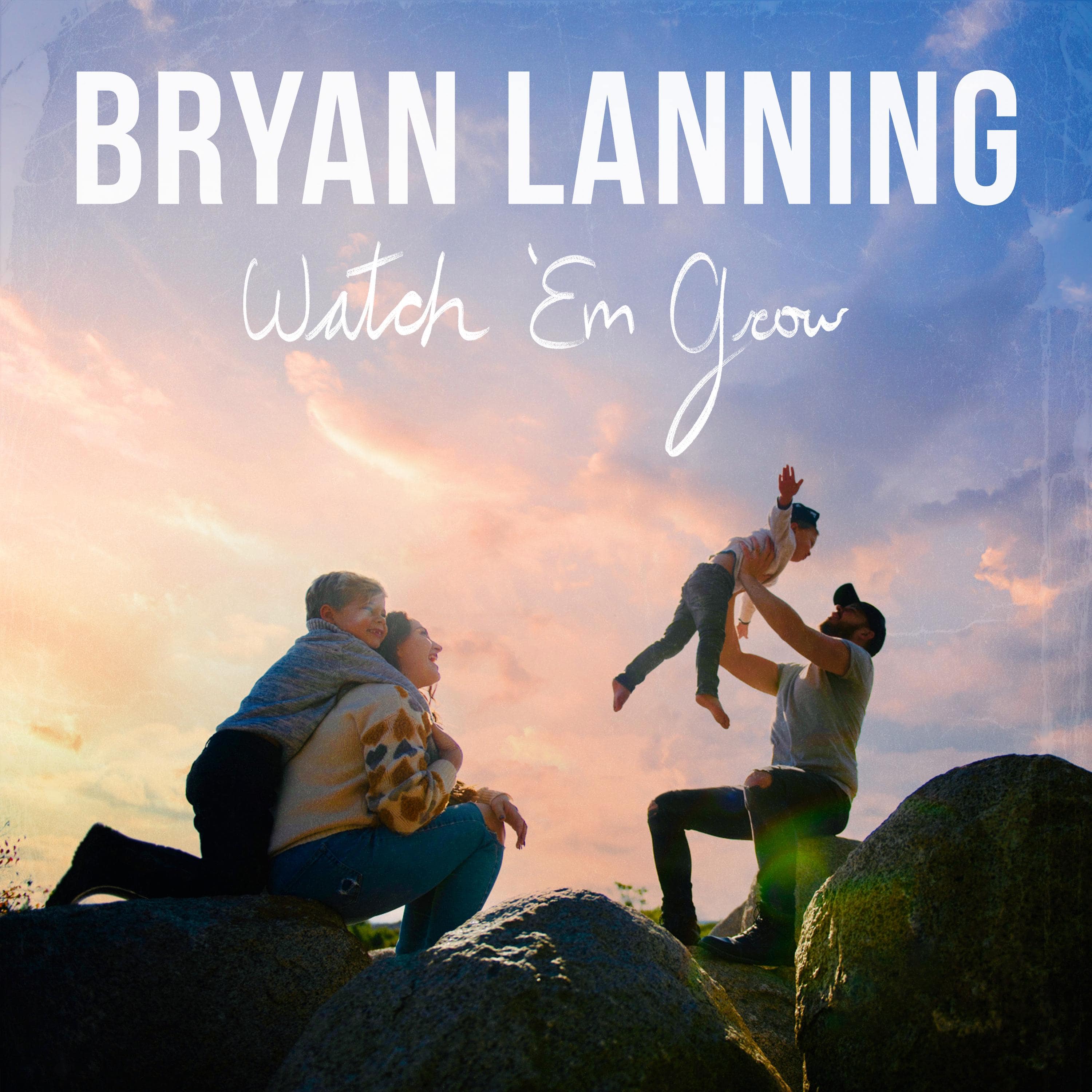 In his new single “Watch ‘Em Grow,” Bryan Lanning is honest about the sacrifices parents make for their children.

In his new single “Watch ‘Em Grow,” Bryan Lanning is honest about the sacrifices parents make for their children. Bryan explores the delicate balance between nature and nurturing and examines the lasting legacy he wants to leave for his children. Bryan began writing the song with his wife Missy one night after the kids went to bed, later completing the song with longtime friends and fellow relatives Daniel and Stefani Martin.

It wasn’t until after producing the track at historic East Iris Studios in Nashville that Bryan and Missy found out she was pregnant with their third child. Bryan Lanning got his start on YouTube vlogging his life for his 5 million subscribers, but when his first country album premiered in the top 10 of the iTunes album charts in 2020, he certified Bryan as the newest Country Music competitor. Bryan is also a semi-finalist in the 2021 International Songwriting Competition.

Bryan Lanning is releasing “Watch ‘Em Grow” on all major streaming platforms worldwide on March 11, 2022. He plans to release a music video featuring his two sons and his pregnant wife very soon.

For more information or to arrange an interview, please contact Bryan at [email protected].

Listen to “Watch Them Grow”: ffm.to/watchemgrow

Singer-songwriter Bryan Lanning debuted at number 9 on the iTunes Top Country Albums chart in 2020 with his heartfelt record Same Town. An emotional move from their 5-acre ranch in California inspired her single “Walls.” Bryan and his 7-year-old son Oliver appeared in People Magazine and he was a semi-finalist in the 2021 International Songwriting Competition.

From electric picnic to night and day