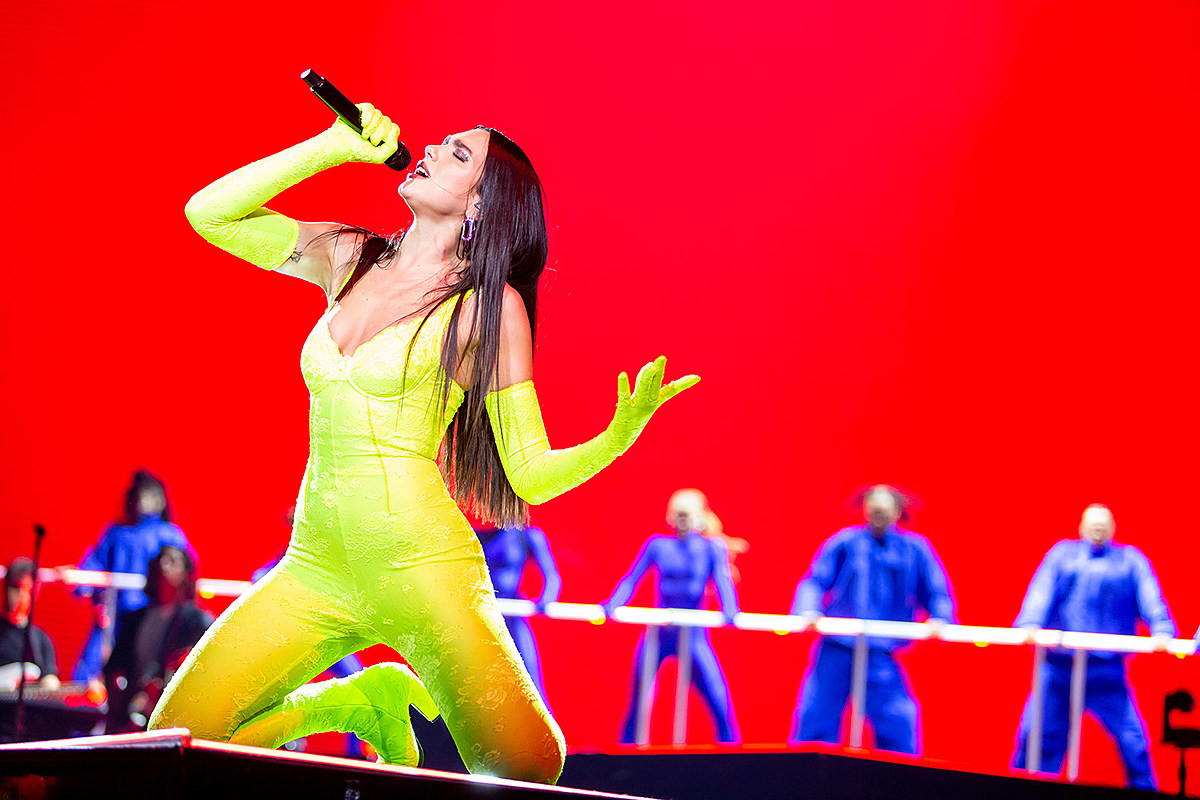 It’s been almost exactly two years since Doua Lipa published nostalgia for the futurebut due to COVID, she was unable to begin her North American training nostalgia for the future tour until last month. In our fast-paced and unstable society, it would be reasonable to fear that people might not be so enthusiastic about nostalgia for the future today as they would have been had Dua been able to visit in 2020, but that couldn’t be further from the truth. Dua kept the momentum going with a remix album and a deluxe edition, and the songs proved to be some of the most enduring pop songs of the past two years. This was reinforced Tuesday night (3/1) during Dua’s crowded Madison Square Garden show – her second of three New York-area shows on this tour – where Dua’s songs already sounded like classics and stood out. smelled as fresh as they did. the day of their release. Nostalgia for the future indeed.

Dua and her band of aces played every song on the album, truly proving that she’s an album-oriented pop artist. Six of the album’s 11 songs were released as singles, and the other five never felt outdone. The crowd went as crazy for his Top 10 hits as they did for his deep cuts. It also testifies to the power nostalgia for the future is that she was able to wear almost her entire set with songs from this album. She returned to her breakthrough 2015 single “Be the One” and her 2017 chart-topper “New Rules”, and performed other tracks, such as her collab with Calvin Harris “One Kiss”, her collab with Silk City” Electricity”, his Elton John collab “Cold Heart” (with Elton projected on screen), and his Angela “Fever” collab (featuring an appearance by Angèle herself), but she skipped most of the tracks from her 2017 debut. As popular as her debut was, nostalgia for the future has always felt like Dua Lipa has fully come into her own, and her MSG show is proof of that.

She opened the show with “Physical,” following an on-screen video that featured her dancers, and she was going full throttle from the start. No warm-up time was required; it was as if the crowd fell right in the middle of a high-energy pop show as soon as it started. Dua, her dancers and her band were as professional as they come. Everything was carefully choreographed, no one missed a beat, and Dua’s voice soared the entire time. And there was almost never a moment of silence. The songs were peppered with danceable interludes that recalled the club-ready style of her remix album, and she worked on bits of classic songs from artists like Gwen Stefani and Missy Elliott (both of whom appear on her album of remix), which kept the crowd engaged. the time it took her to leave the stage to change her wardrobe. Every moment was meticulously crafted and the set delivered around 90 minutes of some of the most enjoyable music in recent memory.

Direct support came from Caroline Polachek, which was a perfect match for Dua Lipa. Her indie-friendly pop was well received by the crowd, and Caroline – who is relatively freshly headlining her own show in New York at Terminal 5 – arrived prepared with the stage presence and powerful pipes needed to dominate an arena scene. before carolina, Lolo Zouai played, although we missed his set. More photos of Dua and Caroline’s sets (by Amanda Hatfield) and some fan videos below.

Dua is playing in the NYC area again at Prudential Center on Friday (3/4) with Caroline and Lolo. All of Dua Lipa’s remaining dates (including some with Megan Thee Stallion) here.