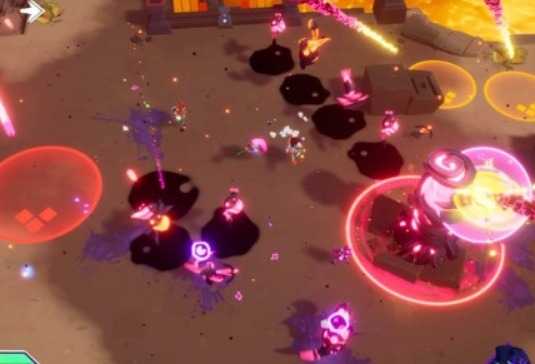 Dungeon Crawl turns into a killer dance party with Soundfall

When playing a game, I sometimes choose to listen to my own music on Spotify rather than the game soundtrack. I’ve done this for a few games including Crash Bandicoot N. Sane Trilogy, Spyro Reignited Trilogy, Shantae Half- Genie Hero and Sonic Forces (at least the final boss), but it doesn’t always work. Compared to anything I try to play on it, the in-game music tends to complement the tone of the experience better.

A different storyline is Soundfall, a co-op rhythm-based dungeon crawler from Drastic Games, a startup game studio created by an Epic Games alumnus. Its independent music soundtrack has the dynamism of a fantastic Spotify playlist, every track syncing with the action.

In Soundfall, you play as one of five Guardians of Harmony – musical geniuses Melody, Jaxon, Lydia, Brite and Ky – who have been transported to the musical world of Symphonia while playing their own music in the real world. They are summoned by the Composers to save all the music in the world of Discord, an army of creatures called Discordians who corrupt every song they touch on orders from his lieutenant Banshee.

The game contains 140 songs. Each country in Symphonia has a musical genre assigned to which its surroundings vibrate in the style of 1930s cartoons. For example, Serenade Skylands, where the campaign begins, has a mix of pop and EDM, with songs like Fly Fly Fly by Ethan Martin and Frida Winsth (which I’ve played several times on Spotify as I write this) and Drawn A Toi by Vincent Vega. Minuet Forest, Symphonia’s third ground, plays classical music composed by artists few of us may know.

Soundfall also features original tunes, which play during level select and in levels where heroes get their Harmony Instrument, ancient artifacts that grant special abilities. The soundtrack is mostly made up of tracks by lesser-known indie musicians and they work perfectly alongside the action – as long as you follow the rhythm of the metronome at the bottom of the screen.

Concert Review: Joe Jackson at the Shubert Theater — A Relentlessly Creative Performer at the Peak of His Power

A Local Guide to Jaén, Spain: Sunsets and Sunsets in Andalucia | Holidays in Spain