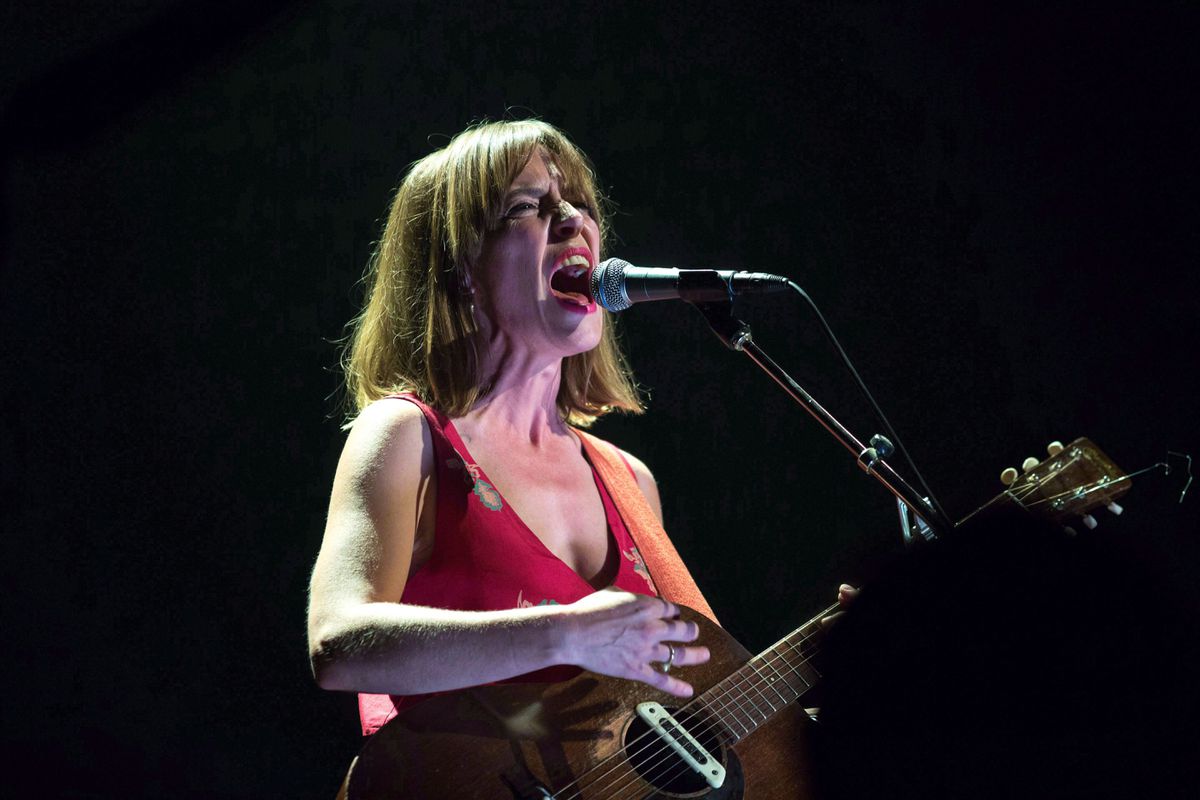 Canadian musician Leslie Feist has said she is quitting the Arcade Fire tour due to allegations of sexual misconduct against singer Win Butler.

Feist had been booked for the opening act of the indie rock band‘s European tour in support of their latest album WE, which kicked off in Dublin on Tuesday. Feist was scheduled to perform with the Montreal band until early October.

The tour came just days after US music publication Pitchfork published an article with allegations that the 42-year-old musician engaged in inappropriate sexual interactions with four people from 2015 to 2020.

Feist performed the first two shows of the tour, where fans said there was a sign at his merch table noting that she would donate all proceeds from the merchandise to Women’s Aid Dublin, an organization dedicated to ending domestic violence across Ireland.

In her Instagram post, Feist writes that she first heard the allegations after rehearsing with her band in Dublin. “This has been incredibly difficult for me and I can’t imagine how much harder it has been for the people who have come forward,” she wrote. “More than anything, I wish healing to those involved.”

In her lengthy post, Feist also wrote that she’s had conversations with many people since the allegations surfaced over the weekend. “We all have a story on a spectrum from basic toxic masculinity to pervasive misogyny to being physically, psychologically, emotionally and sexually assaulted.” She wrote that the best decision for herself, her band and her family was to leave the tour: “I can’t go on.”

Pitchfork reported over the weekend that three women allege Mr. Butler engaged in inappropriate sexual interactions due to age differences and power dynamics, while a gender-fluid person who uses pronouns they / they accused Mr. Butler of sexually assaulting them. The allegations span from 2015 to 2020 and were made by people aged between 18 and 23 at the time, while Mr Butler was in his mid to late 30s.

In a statement provided to The Globe and Mail by Mr Butler’s public relations team, he “vehemently” denied any non-consensual behavior but apologized to anyone he had hurt. “While these relationships were all consensual, I am truly sorry to anyone I have hurt through my behavior,” Mr. Butler said in the statement. He also said that although he struggled for a long time with abuse and depression as a child after a miscarriage in his family, neither was an excuse for his actions.

As a result of the allegations, Canadian radio stations extracted music from Arcade Fire. A CBC representative said the broadcaster will “pause” airing the band on its CBC Music FM radio station and on Sirius XM CBC Radio 3, “until we know more about the situation.” . Alternative music station Indie88 has also confirmed that they will no longer play the band.

The band’s sixth studio album WE was released in May 2022 and debuted at number six on the US Billboard 200 chart.

– With reports from The Canadian Press

Register for The Globe Arts & Lifestyle Newsletters for more news, features and advice delivered to your inbox.

“Make Me Wanna” by Thomas Rhett