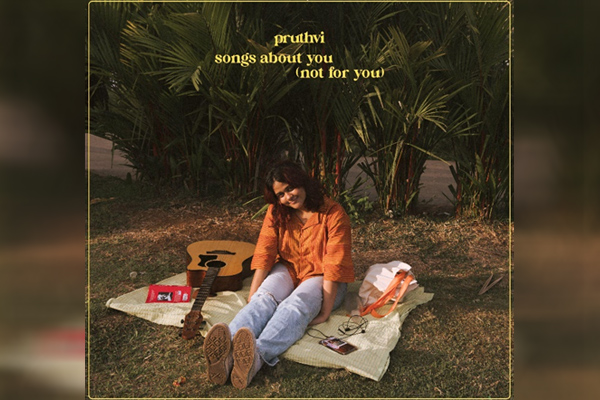 MUMBAI: Pruthvi has released new music in association with Fleek Music Company, and her debut EP is inspired by personal stories of grief and vulnerability.

Mumbai, May 16, 2022: Mumbai-based independent label Fleek Music Company has announced the release of their artist’s debut EP – Pruthvi. The EP titled – ‘songs about you (not for you)’ features six tracks and is inspired by the artist’s personal life. All the songs on the EP correlate with each other and follow a story.

The association of the company and Pruthvi dates back to when the artist released new music, alongside the label’s other upcoming artist, Mister Miyagi Aka Jeremy Samson, who also leads A&R at the company and has played instrumental in introducing Pruthvi to Fleek. Pruthvi wrote the songs at home during the pandemic and draws inspiration from Taylor Swift and Phoebe Bridgers. She aims to create songs that bring out the best in the Pop-Soul Acoustic genre.

Speaking of the label’s vision, Pradeep Mathews of Fleek Music Company commented, “Fleek’s motto is to give a stage to honest sounds from across the country, regardless of genre or type of music. The label pushes artists to work together and build a collective, where songwriters can come together, and the writing process becomes more efficient and fun! We are here to improve the quality of music coming out of this country and put independent music on the map.

Speaking about her EP debut, Mumbai-based artist pruthvi said, “The concept for this EP came to me as I was going through my first heartbreak. I’m not the best at expressing how I feel, so in writing these songs I had to put myself in the most vulnerable spaces that I’ve never been in. I hope these songs are something people can relate to and find comfort in. the songs written on this EP are about one person, and to me that feels like a warm hug.

pruthvi, who has never been a professional singer, started out writing poems and then branched out into writing songs inspired by her own life. “Songs About You (Not For You)” is available to stream and download on Spotify.

Just like with pruthvi, Fleek has partnered with artists, musicians and writers to provide a safe creative space so they can work collectively and write songs while being sincere and true to the art of music.

You can listen to the songs by clicking on this link: