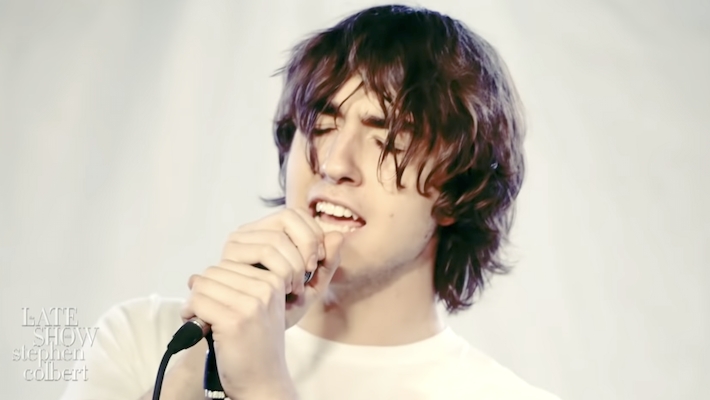 At the end of 2021, Brooklyn band Geese released their debut album, Projector — a rather short work, comprising only nine songs, but which turned out to be one of the best independent releases of the year. Another impressive aspect of Geese is that the members are all in their early twenties, which gives them plenty of time to excel in their careers. With a bright future ahead of them, Geese brought his talents to The Late Show with Stephen Colbert to perform “Low Era”.

Geese took to the stage to deliver a spirited performance that turned out to be their national television premiere. The band shone throughout with their rendition of the Projector song thanks to a well-produced performance that saw them drowned in an array of brightly colored lighting.

In October, when they released “Low Era”, Geese gave a brief explanation about the song. “We tried to make everything sound super heavy and scary and complicated, really because that’s all we knew how to do,” they said in a press release. “Four-on-the-floor songs like ‘Low Era’ had felt a little poisoned to us for a while, until we consciously tried to challenge ourselves to write something more danceable.”

You can watch the band perform “Low Era” in the video above.

Projector is now available via Partisan/Play It Again Sam. You get ithere.