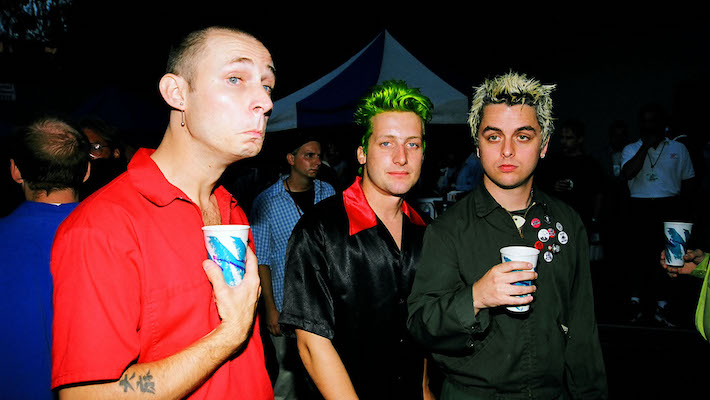 Months after the release of their groundbreaking 1994 album Dookie, Green Day broke into the BBC’s Maia Vale studios, less than a mile from the famous Abbey Rd studio, for a frenzied four-song set. They performed “She”, “When I Come Around”, “Basket Case” and “2000 Light Years” (the latter from their previous album Kerplunk). The Bay Area punk trio of Billy Joe Armstrong, Mike Dirnt and TrÃ© Cool had no idea they were on the verge of global stardom. And they probably never imagined that this would be the first of four sessions in the next eight years that they would host for the BBC in Maida Vale.

Now these four sessions come out as 16 tracks BBC sessions live album, released on December 10 via Reprise. In addition to this 1994 recording, there is a 1996 session of the Insomniac run, a 1998 session of the Nimrod era, and finally a stop in 2001 following the release of Warning. This is the first time that these recordings have been mastered, and a preview in the form of the â€œ2000 Light Yearsâ€ performance from that first session is now available, and it sounds goodâ€¦ flawless. Overall, it’s a window into the Lightning in a Bottle that the band found early on, and the magic that they kept pulling from the well over the years.

Listen to “2000 Light Years Away (BBC Live Session)” above, check out album art and tracklist below, and check out dates for Green Day’s 2022 European Tour. here.

BBC sessions was released on 12/10/2021 via Reprise Records. Pre-order / register it here.

Brittney Spencer on Being a Black Country Music Artist: “We Know How To Make It Big, Bigger”