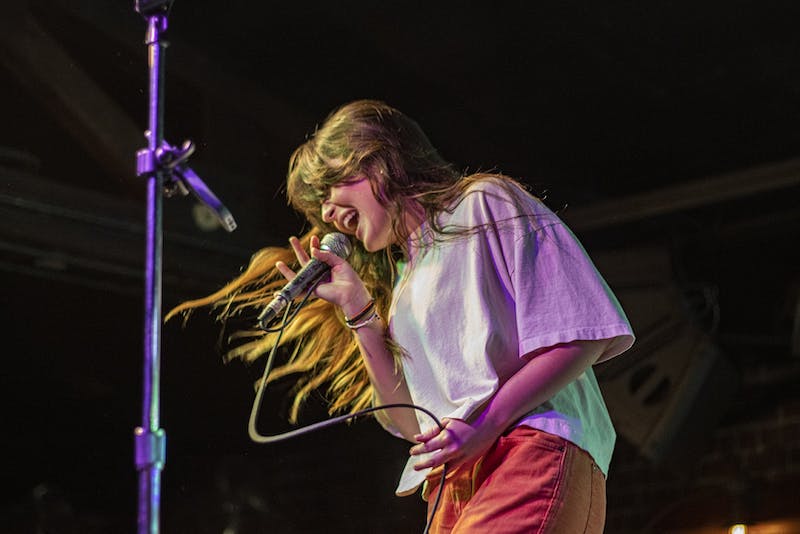 Bloomington’s music community includes everyone from people who love to listen to music to the artists who create and perform it. Genres range from punk to classic and country to indie. While Bloomington’s house show community is vibrant and thriving, venues also provide stages for musicians to perform covers or original music.

Blockhouse Bar, open Tuesday through Saturday, offers open mics where artists can support each other and build lasting relationships. The venue hosts many shows, from local bands to touring artists. They also host honky-tonks after open mics on Tuesdays and offer call-and-response jazz on Wednesdays.

Open seven days a week, The Back Door is a dedicated LGBTQ space in Bloomington. Sundays are karaoke nights and Mondays are half price. Wednesdays provide an open stage for drag performers to show off their talent. After the shows on Friday and Saturday evenings, DJs perform sets. On the first Thursday of every month, the site offers free, confidential testing for gonorrhea, chlamydia and HIV.

The Bluebird, a rock bar, features various touring bands, local musicians and cover bands. The bar walls and performance spaces feature popular artists who have performed on their stage, including Koko Taylor, Jimmy Eat World and Morgan Wallen. The walls of the musician’s back room are lined with the signatures, notes and stickers of former musicians.

The Orbit Room, an underground bar open Tuesday through Saturday, is known for its arcade and hot dogs. They organize karaoke nights on Tuesdays and organize many performances by artists from different musical genres. Tuesdays at the Orbit Room also mean free team quiz nights with Bloomington Pub Quiz.

The Buskirk-Chumley Theater on Kirkwood Avenue has featured artists such as Five For Fighting and Matt Kearney. It is also a mecca for theatre, dance, film screenings, festivals and comedy.

Whether you want to perform at a venue or listen to your favorite music, Bloomington has everything you need. You can find country artists, rock musicians, dubstep and many other genres of music in this community.