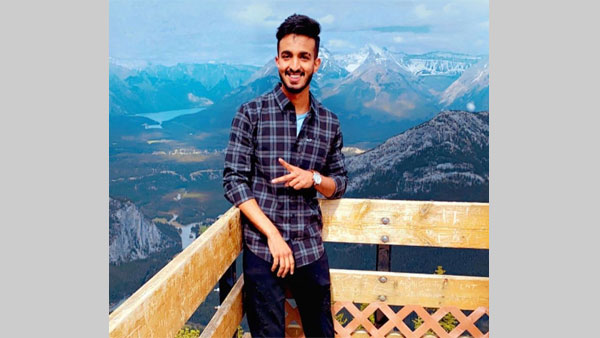 In order to convey emotion, AP Atwal, a Canadian indie-pop artist best known for popular singles “Vows” and “Jatt,” believes music should strike a balance between elegance and melancholy.

He references the work of the legendary Charlie Chaplin and makes a bold statement: “To say that one of the world’s most famous artists is underrated might sound bizarre. Charlie Chaplin is, however. Not always as a director, actor or comedian, but as a composer of music.”

AP Atwal, a small-town Indian native who has established his music career independently, believes that language is no barrier when it comes to bringing music to new audiences. He shares: “I feel lucky to have had the opportunity to watch Tom and Jerry and Charlie Chaplin for hours as a child. My art is greatly influenced by it. I was motivated to create elegant and romantic music to frame my ideas unlike the tramp character after observing how they tell the story entirely through music and without the need for words.”

Speaking on the art of storytelling through music, he refers to Tom and Jerry and says, “In Tom and Jerry, none of the characters speak to tell a story or to convey their emotions. Play it now and watch it. to tell the story in this cartoon, background music is used a lot. When Tom walks, they use a louder sound, while when Jerry walks, they use a softer, livelier sound effect. Naturally, this has to do with their size. Depending on the character’s emotion – joy, sadness, fear, anger or shock – the music will change.”

Asked about his upcoming releases, he said the following single, due to arrive next month, is now banked for video production. He is also collaborating with a well-known Punjabi artist on a song which will probably be released at the end of this year.

For the latest news and instant updates

A Newcomer to the Country Shares His Story for Hemophilia Awareness