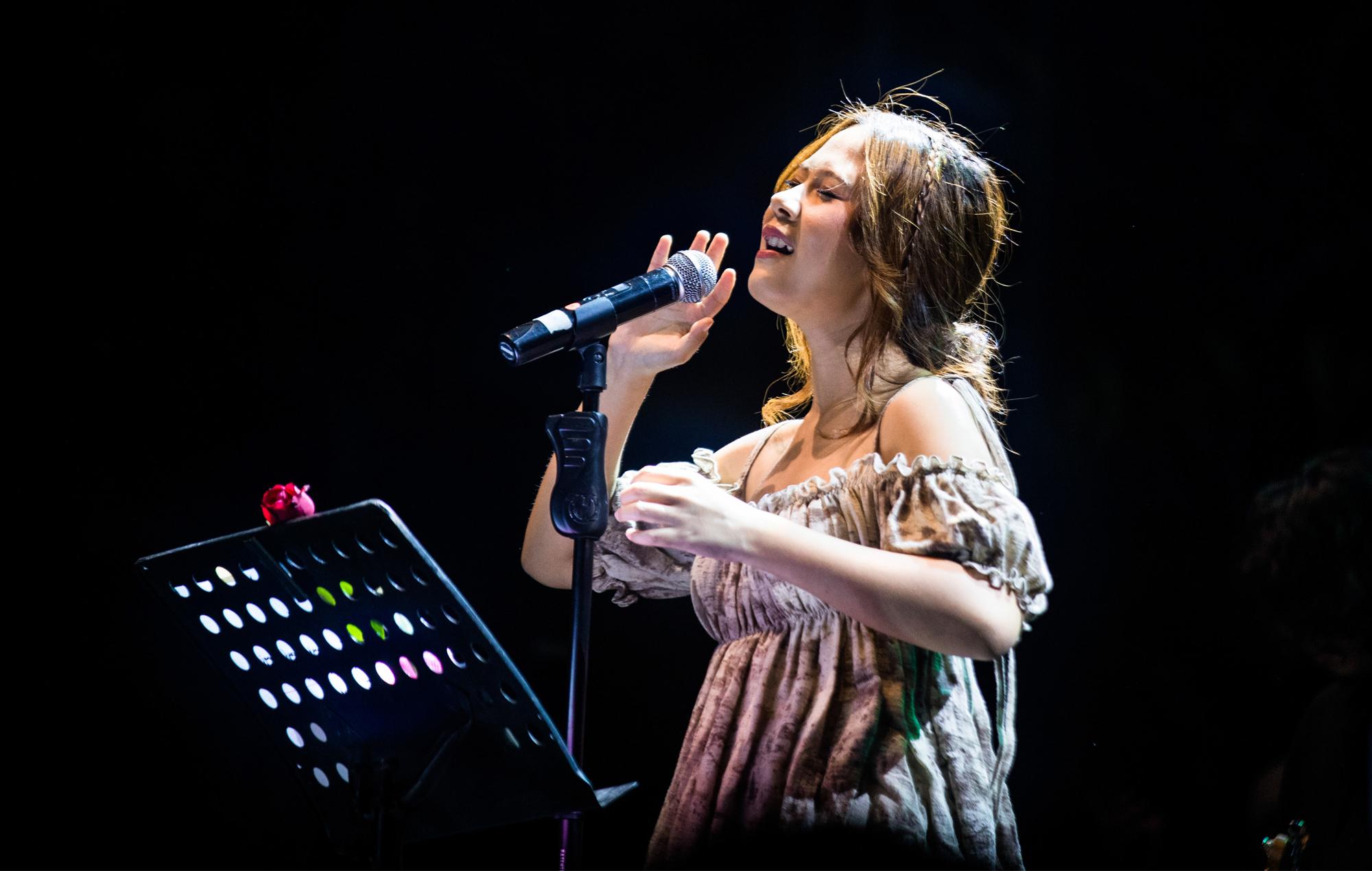 A realization hit Nadin Amizah before she took the stage for her set on the first day of the Joyland festival in Bali: she was about to sing dark ballads to thousands of people looking for a good, fun time. They had been primed by the acts that preceded it: the fist-pumping combo of alternative pop group Rock N Roll Mafia and dance-pop trio Agrikulture.

But the 21-year-old quickly emerged from her brief moment of anxiety. “Turns out I don’t care,” she said NME shortly after his set. “When I see someone I admire performing on a stage, no matter what kind of noise may come up, I’m there to see the performer and I only care about them. And I want my audience feel it [about me] as well as.”

Looking back, the singer-songwriter had nothing to fear. The crowd sang ‘Sebuah Tarian Yang Tak Kunjung Selesai’ (‘A Dance with No End’) and ‘Mendarah’ (‘Bloodied’) – arguably Amizah’s saddest songs to date. Amizah may or may not have held back tears as she plunged into the heartbreaking lyrics, but she was definitely amused when some men in the audience shouted her name – an experience she finds “adorable” given that “the most of my audience is female,” she laughs.

Despite the positive reception and the fact that it was released just 10 months ago, Amizah is no longer interested in dwelling on “Kalah Bertaruh” any further in the press.

“I don’t really like to be repetitive about what I write. No offense, because it’s always fun to do radio tours because I have different perspectives on what I have to say,” she said, noting that she only granted a single media interview during the promotion of the project. “It’s just that this EP has a connection with someone whose reputation I would still like to protect. I still hope that I can stay friends with him too. That’s why I think it’s best to take things slowly.

The lingering grief of ‘Kalah Bertaruh’ also has something to do with it. “I feel like this EP is not something to make a fuss about,” she says. “There were still happy notes in my first album, so the stories I told came from a happy place without any pain. This EP, I’m afraid, comes from pain, so I’d rather not talk about.

She is, however, more than willing to talk about her debut album “Selamat Ulang Tahun” (“Happy Birthday”), which she says has “transcended” its original form since its 2020 release. As its title suggests, “ Selamat Ulang Tahun” chronicles and archives the singer-songwriter’s life before he was 20, his lyrics touching on topics such as coming of age, family and the loss of innocence. The album is more intimate because entirely recorded in his room.

Now turning 22 this year, Amizah thinks “Selamat Ulang Tahun” is also growing, as “every song can still be developed with the stories that I have collected over the past two years,” she says. “The stories [in the album] are still relevant: my confusion, my fear and my family.

Amizah has spent her free time taking online classes and writing songs. Some artists have experienced creative blockages during the pandemic, but not Amizah. “There happen to be a lot of interesting stories during this pandemic, and they are, like songs. Does it matter that [I’m writing in a] pandemic or not? I don’t think so, she said, shrugging her shoulders.

Amizah has no plans to release more original solo material at this time, although she remains creative. In September last year, she was featured on ‘Pun Aku’ (‘Myself’), the 42nd album by Indonesian country-folk veteran Iwan Fals. Their collab, “Untukmu” (“For You”), received a music video released on Valentine’s Day this year. The song was not written by Amizah, but she helped conceptualize the video.

“I was asked to write the treatment but because I was busy working on my undergraduate thesis, I told them I couldn’t be the director,” she reveals. “Instead, I brought in the person who conducted the live sessions for ‘Kala Bertaruh’ [Senry Alvin]. He’s a director who can easily translate what I want with little instruction.

And then 2022 came – and an offer to perform at Joyland Bali. Accepting it was obvious, even if she did not immediately grasp the magnitude of the festival: “Once I saw the program on Instagram, I said to myself: ‘Oh, it’s a real festival!” she jokes with a laugh.

Despite her enthusiasm, Amizah – a Bandung native whose festival credits so far include We The Fest and Prambanan Jazz Festival – still had some reservations. Like other musicians, she initially feared that Joyland would be canceled by the authorities. “But Alhamdulillah, we received this support and even the president showed up,” she exclaims. “It gives me hope. Maybe music festivals are possible again.

For their nine-song Joyland setlist, Amizah was keen to feature “Selamat Ulang Tahun” and “Kalah Bertaruh”, which had never been performed live due to the pandemic. Keeping in mind the breezy, seaside setting of the festival, she decided to balance her more pensive material with “euphoric moments” by opening with the upbeat “Taruh” (“Bet”) and incorporating “sparkling” arrangements. , especially heard on “Hormat Kepada”. Angin’ (‘Respect to the wind’) and ‘Beranjak Dewasa’ (‘Grow up’).

But Amizah was still determined to bring an element of contemplation to Joyland. Her best-known song, “Bertaut” (“Connected”), remained untouched, and she began each song by reciting a brief original poem. At first she feared it would polarize her audience, but after “a moment of self-reflection” she realized that without the poetry, “something would be missing. There would be no more sparks – at least for me, as a performer.

The sparks are indeed flying for performer Nadin Amizah, whose fans will be delighted to know that he can’t wait to take the stage after Joyland. She exclaims happily:

“I just want to tour! That’s it. That’s all I’ve dreamed of these days!