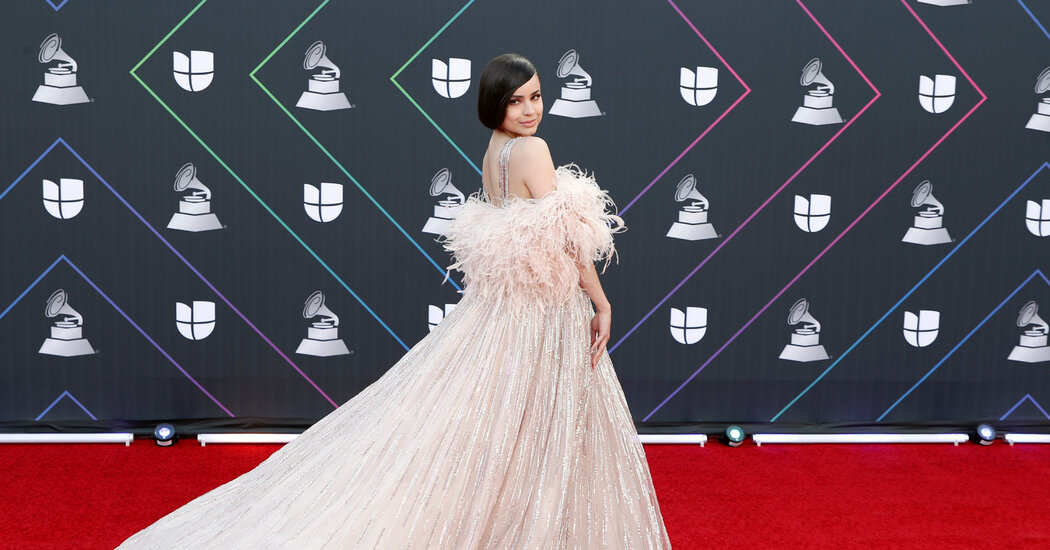 Latin Grammy Live Updates: First Prizes Given Before The Show

This year, Bad Bunny will return as part of a lineup filled with big names, including Myke Towers and Christina Aguilera. Acceptance speeches and in-person performances will take place in Las Vegas at the MGM Grand Garden Arena, in a ceremony hosted by actresses Ana Brenda Contreras and Roselyn SÃ¡nchez and singer Carlos Rivera.

The 22nd annual Latin Grammys will air live Thursday at 8:00 p.m. EST on Univision and available on the Univision app, although subscription fees may apply. The event will also be broadcast on TNT at 7 p.m. in Mexico, 8 p.m. in Panama and Colombia, 9 p.m. in Venezuela and 10 p.m. in Argentina and Chile.

Gloria Estefan will kick off the show with a medley of three songs and guests including Anitta, Carlinhos Brown, LaÃ©rcio da Costa, Pedro CapÃ³, Farina Giulia Be and Diego Torres.

And Christina Aguilera, who last appeared on the Latin Grammys stage in 2000, announced an extended performance that includes her latest single, “Pa Mis Muchachas”, with Nicki Nicole, Nathy Peluso and Becky G.

The official premiere ceremony – the show before the main event where 45 of the 53 categories will be awarded – begins at 4 p.m., hosted by singer-songwriter Kany GarcÃ­a and actress Carolina Dieckmann. It will be held at the Michelob Ultra Arena in Mandalay Bay and will be webcast around the world via the Latin Grammys Facebook Live and YouTube channels.

For the second time, all Portuguese-speaking categories will be awarded separately in a premiere ceremony for the Brazilian public following the 4pm event.

Robo.cash will update its interest rates on short-term loans