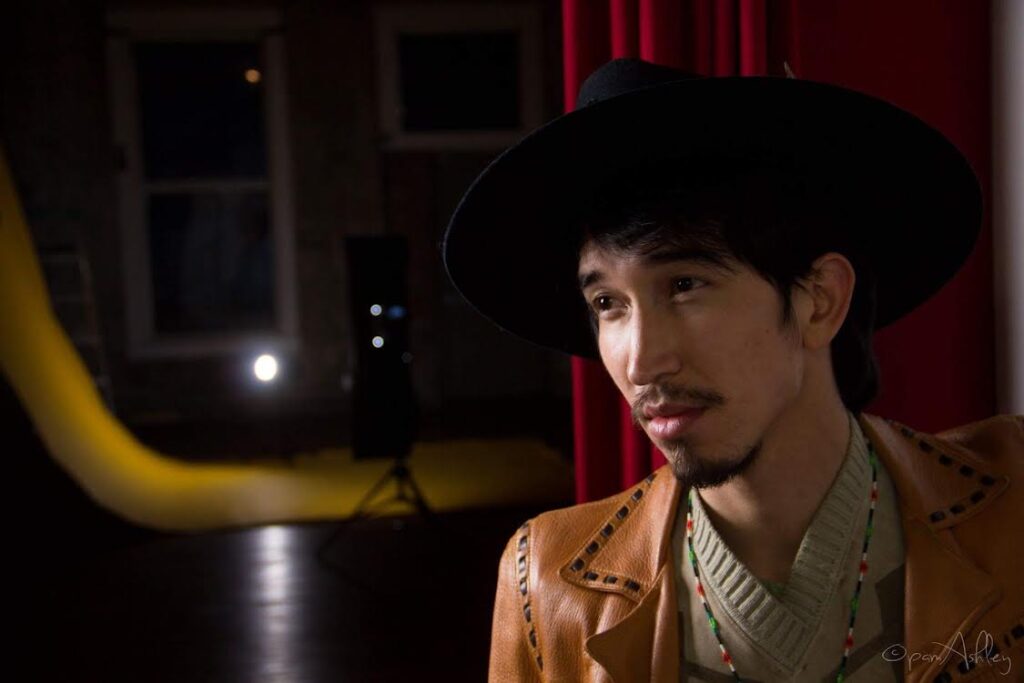 About: Gio Chamba is the musical project of Giovanny Alejandro, a first-generation Mexican-American who grew up in Houston, Texas, and Monterrey, Mexico. The project started in 2014 when Gio wanted to create music inspired by all the Cumbia, Rock and Hip Hop he had heard growing up but with an electronic twist. He was inspired by artists like Los Destellos, Santana, Celso Piña, Mano Negra, Los Mirlos, Tiro de Gracia, Control Machete, Calle 13 as well as Latin American electronic cumbia artists such as El Remolón, Dengue Dengue Dengue, Tribilin Sound. and more. Gio incorporates his psychedelic rock-inspired guitar melodies, with vicious raps and tropical vocal melodies over heavy bass, drum-driven dance beats, to create an original blend of cumbia, rock, hip hop and dance music. electronic.

In 2015, Gio met the energetic percussionist Coffee Guzman and they started working together after hitting it off right away. Their first show together was at Houston’s biggest festival at the time named “Free Press Summer Fest”. Gio and Coffee would go on to open bands such as Los Lonely Boys, AB Quintanilla and the Kumbia Allstars, Dengue Dengue Dengue, Natalia Lafourcade (twice), Ozomatli and Chicano Batman. They have also performed at festivals with artists such as Khruangbin, Leon Bridges, Diplo, CHVRCHES, Rae Sremmurd and more.

In 2017, they performed for the NFL “Super Bowl Live” event in Houston, Texas in front of a crowd of thousands and have since become a Houston staple. They continued to release music with co-producer and friend, Principe Q aka Svani Quintanilla, son of AB Quintanilla. 2018 to early 2020 was a busy time for Gio and Coffee, playing shows every weekend and releasing singles. They performed throughout Texas as well as in Los Angeles, New York, Chicago, Kansas City, Miami and Puerto Rico.

When the pandemic started in March 2020, Gio focused his attention on recording and streaming music from home and since then he has released over 22 songs. In early 2021, Gio moved to Colorado to settle down with his growing family, and since then he’s been focused on building an online fanbase in the state, but especially in Denver. Gio Chamba’s first official show in Denver will be on September 2 at Hi-Dive with Ritmo Cascabel and Los Narwhals.

What music inspires you from your Latin culture: I could go on and on about this subject! There is so much music from Latin America that inspires me not only for my own music, but also in life. I find myself listening to a lot of Brazilian Tropicalia/Bossa, then I go to Peruvian music like Los Destellos, Los Mirlos, Manzanita y Su Conjunto, then when I want rock I go to Los Prisioneros from Chile, early Santana or the Caifanes of Mexico. I also really like Cuban and Puerto Rican music, artists like Los Zafiros, Joe Cuba, La Lupe and Hector Lavoe. As I am a cumbiero at heart, I love Colombians Andres Landero, Calixto Ochoa, Lisandro Meza, Frente Cumbiero, Ghetto Kumbé, CERO39 and many more. The latest wave of Latin music also inspires me like Hip Hop and Reggaeton, artists like Calle 13 (Residente), Eladio Carrion, El Alpha, Bad Bunny of course and many more. I love all Latin music, even the ones I haven’t mentioned.

Plans for the remainder of 2022: I plan to release a few new collaborations, a few singles, and continue working on an album while focusing on membership and building a community in Denver. I’m really excited to meet lots of different artists, connect with other music lovers like me, and get all of Denver dancing to my electronic cumbias.