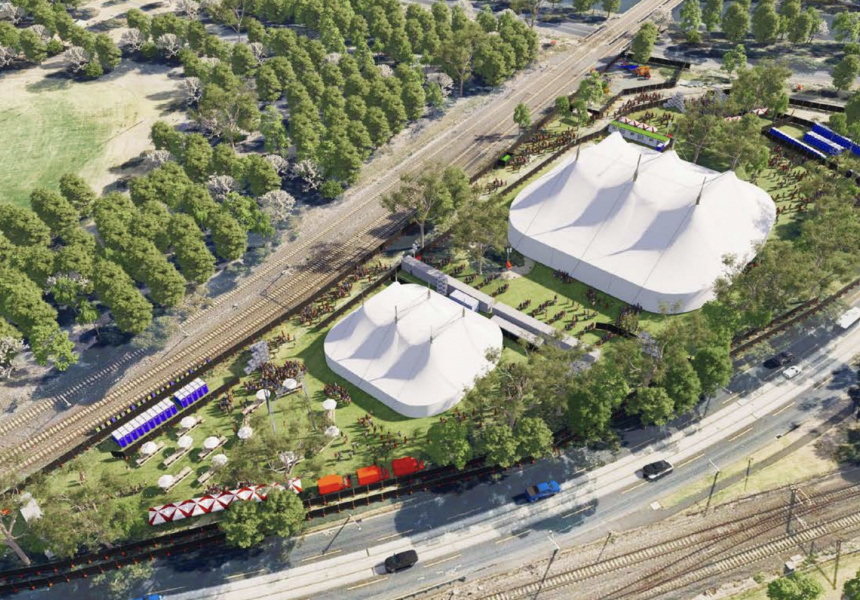 Melbourne is getting a new 7,500-person live music and performing arts district – for a limited time only

The past two years have been an uphill battle for the live music industry nationwide. But in a big win for the local scene, Melbourne is marking a sprawling new pop-up concert venue for a month – from March 4 to April 10.

Called Reunion Park, it will take over the leafy surroundings of the town of Yarra’s Burnley Circus site with one-off concerts, festivals and performing arts performances. There will be room for 7500 punters in two imposing tents.

It’s by independent music and events company Untitled Group (also behind Beyond the Valley, Pitch Music & Arts, Wildlands, Grapevine Gathering, For the Love and Ability Fest) and Velodrome Events.

“When we first conceptualized Reunion Park in 2020, we knew it would be a challenge, but we hadn’t anticipated nearly two years of lockdown before it either became a reality or turned out to be a series. events so crucial to Australia’s live entertainment industry,” Velodrome Events veteran producer Chris Mitchell said in a statement.

“We feel blessed to have the opportunity to bring together such an eclectic program of musicians and performers, and to play a part in helping to restore confidence in our industry that, despite all odds, the show must go on. .”

Meanwhile, Uncaged Festival will feature Wolfmother, You Am I, Shihad and more on March 12, and the headliners for Full Tilt Festival on March 26 will be Northlane, In Heart Wake and Luca Brasi.

But it’s not just music. All forms of performing arts will be presented at the Parc de la Réunion. Also expect dizzying circus performances and a string of Melbourne International Comedy Festival shows, plus a solid food and drink offering.