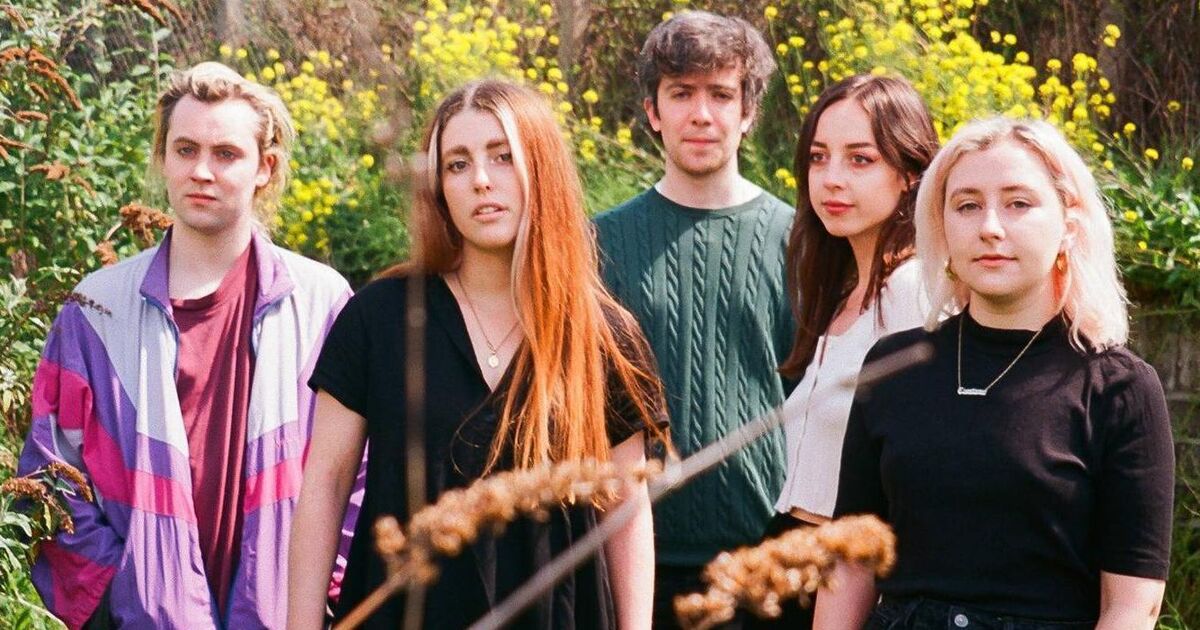 M(h)aol on using their songs to expose misogyny

The first time Irish-British indie band M(h)aol performed their song Laundries in Dublin, they felt a wave sweep through the room. “The shame of these houses/With steaming windows,” singer Róisín Nic Ghearailt intoned with chilling solemnity. “And the shame of those/Leaves that came out/ So clean”.

“There was the greatest reaction,” says Nic Ghearailt of a propulsive dirge that explores the toxic legacy of the Magdalen laundries and the culture of misogyny of which the laundries were both a symptom and a reinforcing mechanism.

“There is so much intergenerational trauma in Ireland. I don’t think that’s addressed or acknowledged. We have gone from this theocratic state to a state-of-the-art world capital in such a short time,” she continues. “It’s crazy. Part of the reason it may seem there is such a repeating pattern in Ireland is that there has been no chance of recovery.

With members from Cork, Dublin and Great Britain, M(h)aol – pronounced ‘male’ and inspired by ‘pirate queen’ Gráinne Mhaol – are one of the most exciting new bands to emerge recently. Bursting with punk guitars and golden melodies, their music veers from ugliness to beauty, from catharsis to euphoria. And in their lyrics, they confront topics as broad as the trauma passed down through generations in Ireland to the lack of diversity within the music industry.

“We always try to work with female or non-binary individuals [in the music business]. We want it to change that way,” says bassist Zoë Greenway, zooming in from her home in Kinsale. “We try to engage with the system we are trying to change. It’s a real effort. »

“We had a few pushbacks,” agrees Nic Ghearailt. “You have to be really conscientious about it. If you want change, you have to put your money where your mouth is. As a group, we will work with people who are underrepresented in the industry, whether because of their race or their gender. You definitely need to be a little more conscientious. But also ingenious.

As a predominantly female band on the Irish music scene, their experiences have been rocky, to put it mildly. They are keen to point out that things have improved and Irish music has become more diverse. But at first, they had some ugly interactions. More than once, negativity has come from other musicians.

“It wasn’t very funny. People don’t think you know what you’re doing,” says Nic Ghearailt. “Or once they find out you’re in a relationship, it’s like, ‘You’re dead to me. I won’t talk to you again.’ Other bands, especially.

“Moving and strange” and “explosive” are some of the words used to describe their debut EP, Gender Studies, released by Tulle, a label that champions underrepresented voices. Drawing inspiration from vintage influences such as the Riot Grrl scene of the 90s and bands such as Bikini Kill, they are proud to be part of a continuum of feminist voices in indie rock.

And yet their songs give off a dark glow that feels like Gen Z. That ominous energy is something audiences will get to experience up close when M(h)aol backs alternative icon and Nirvana producer Steve Albini and its Shellac project on upcoming dates. in Dublin and Limerick in April.

M(h)aol formed in 2015 but went on hiatus and its various members went their separate ways (Nic Ghearailt is currently in Bristol). When they got together for a benefit concert, they were amazed at the amount of energy they created on stage. And how far the music industry has come.

“The Dublin music scene has changed so much,” says Nic Ghearailt. “It’s super supportive. There’s such a large group of women and non-binary people and gender non-conforming people. When you have that support, it’s easier to push boundaries.

M(h)aol doesn’t just take risks with his music. Last October’s single No One Ever Talks To Us was accompanied by a gory video that mimicked slasher movies. It features a woman dancing in the dark, then transitions to three figures in bloodstained dresses hopping about in the dark. It was a commentary on horror cinema’s fetishism of young dead women — a trope that pops up everywhere from Twin Peaks to True Detective.

“We are playing on it. Women are always the victims,” says Greenway. “And we are turning the tide. There are a lot of feminist cinematic theories in the background. Tropes and trying to subvert them.

Social justice and pop don’t always mix and there will always be those who think M(h)aol’s kind of arguments would be best served in an essay or a short film. They obviously disagree. One of the reasons they chose music over writing or the visual arts to communicate their message, explains Nic Ghearailt, was its ability to deliver a brief, sharp shock.

“You can listen to a song that lasts two minutes or more. Watching movies, or even watching TV shows or listening to podcasts or reading books, is not accessible to everyone,” she says.

“Whereas maybe if you listen to a song that really resonates with you, maybe it’ll be a springboard for you to be like, ‘Oh, what are they talking about? Or “I had that too”. This can encourage people to go and have these conversations.

“That’s what Bikini Kill or the punk scene did for us. For me, the hope with the band is that it simultaneously comforts people because they see a part of their experience that they may not have seen back. But it also unsettles people. and encourage them to ask questions. In particular, uncomfortable questions.

A first album is on the horizon. And before that, there is a tour in support of American noise-rockers Shellac, led by the legendary Steve Albini.

“We are going to play three dates with them,” says Nic Ghearailt. “Which is crazy because Steve Albini is our drummer’s idol.” “He [Albini] sets a great example and practices what he preaches,” adds Greenway. “He is great.”

DJ Valentino Khan announced for both nights of WWE WrestleMania 38