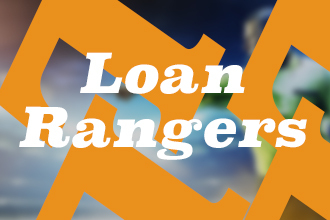 Connor Gallagher bursts into the box. The feints and reductions of Dejan Kulusevski. Moves that have become staples of the Premier League this season, bringing smiles to fans across the country, not to mention the players themselves.

Gallagher and Kulusevski appear to have been released by being sent out on loan, gaining playing time that eluded them at Chelsea and Juventus. But is their experience the norm for players spending time away from their parent clubs?

The results of a recent study analyzing the stress felt by footballers during a loan revealed the isolation, loss of confidence and lower motivation that can affect players during a temporary transfer.

As one respondent among the 11 loanees who participated in the research explained: “I didn’t think I could be myself [at the new club]. I’m a pretty bubbly character… I didn’t want them [his new teammates] thinking, ‘oh, who is this kid, who does he think he is?’…because you’re not yourself, subconsciously you’re playing more reserved…so if you can’t express yourself in as a person, you feel like you can’t on the pitch either.

The study – which looked at loans lasting between two weeks and eight months – showed that the fortunes of Gallagher, Kulusevski and other young people sent on loan depended in part on their ability to respond to a wide range psychological demands.

In their new dressing room, players often have little time to form new bonds and sometimes face resentment following the displacement of established members of the team. On the pitch, competition for places and different training regimes can leave players undercooked or overworked, while off the pitch, hotel accommodation offers what one player described as a “Holiday Inn food” challenge.

While that last hurdle is unlikely to be a problem for those lucky enough to secure loans to Premier League clubs, Gallagher and Kulusevski will be familiar with what the study describes as “loan resources” and “ personal resources” necessary to respond positively to these psychological tests.

The first is made up of the various sources of support available both at the new club and at a loaned player’s parent club, from coaches and teammates to agents and physiotherapists. ‘Personal resources’, on the other hand, describe facets such as a player’s ability to set goals, maintain authenticity in a new environment, or maintain motivation after being loaned out harshly by a parent club. .

In Gallagher’s case, goal setting appears to have played a part in his ability to cope with the psychological demands of his loan spell, including his recent exclusion from the FA Cup semi-final between Chelsea and Crystal Palace – a game he was barred from playing due to the terms of the loan deal between the two clubs.

The midfielder appears to have set a clear goal of using his loan spell to secure a permanent return to Stamford Bridge, with Steve Sidwell narrating the FootballJoe podcast in November” Rio [Ferdinand] had done an interview with him not long ago, and then he said to Rio for TV, ‘make sure when you talk about me that I said I want to go back to Chelsea, that I’m not not in the showcase to get a move, I’m doing this to show everyone what I can do to get back to Chelsea.

If Gallagher – who has eight league goals and three assists to his name this season – provides a high-profile example of how a player can respond positively to psychological challenges by using ‘personal resources’ such as goal setting , Bristol City provides a less-trumpeted case study of how a club should approach loan deals.

Several players, including current first-team regular Antoine Semenyo, who has been on loan at Bath, Newport County and Sunderland, have found places in City’s starting XI after returning from spells away from Ashton Spoiled. According to Dr Sofie Kent, co-author of the study ‘Coping with the loan transition in professional association football’, City’s approach creates a pathway for others to follow and reduces the chances of team members seeing loans as a threat to their future.

“They’re not afraid to say, ‘These players are going to start at a lower level to gain experience playing in front of an audience,'” says Kent, who has worked with several clubs and is based at the University of Gloucestershire.

Kent believes the reasons for sending a player out on loan – which can range from a desire to improve an individual’s technical abilities to seeing how a youngster copes with the pressure of lower league football – need to be made clear before the transfer is agreed. This transparency also helps to dispel the fear, expressed by some of the actors interviewed by Kent, that a loan is designed only to facilitate a future sale.

His report urges clubs to provide more support to loan managers, who Kent says “tend to be ex-professional players who may have an understanding of the physical, technical and tactical side of the game…but their advice are not necessarily good. informed.” Indeed, some of the players interviewed in the study cited club physios as their source of emotional support, raising questions about the availability or signaling of qualified psychological assistance provided by clubs.

The issues highlighted in the research cut across the football pyramid and potentially impact hundreds of players. Of the 11 players interviewed, two were based at parent Premier League clubs, eight came from Championship sides, while one participant was on loan from a League One club. At the start of this season, 183 Premier League players were loaned out by their parent clubs.

Regardless of whether or not the study’s proposals are implemented, the research should help highlight the psychological challenges – and benefits – of a loan. As Kulusevski, reflecting on his time at Spurs in January, recently said: “It’s mainly the coach and the staff who help me a lot, letting me make mistakes and be myself, letting me play without pressure. When you’re in good spirits, you usually play good football.

Looking for some great live summer music? Take it inside

GCash has disbursed over 2.5 billion pesos in short-term loans in 10 months