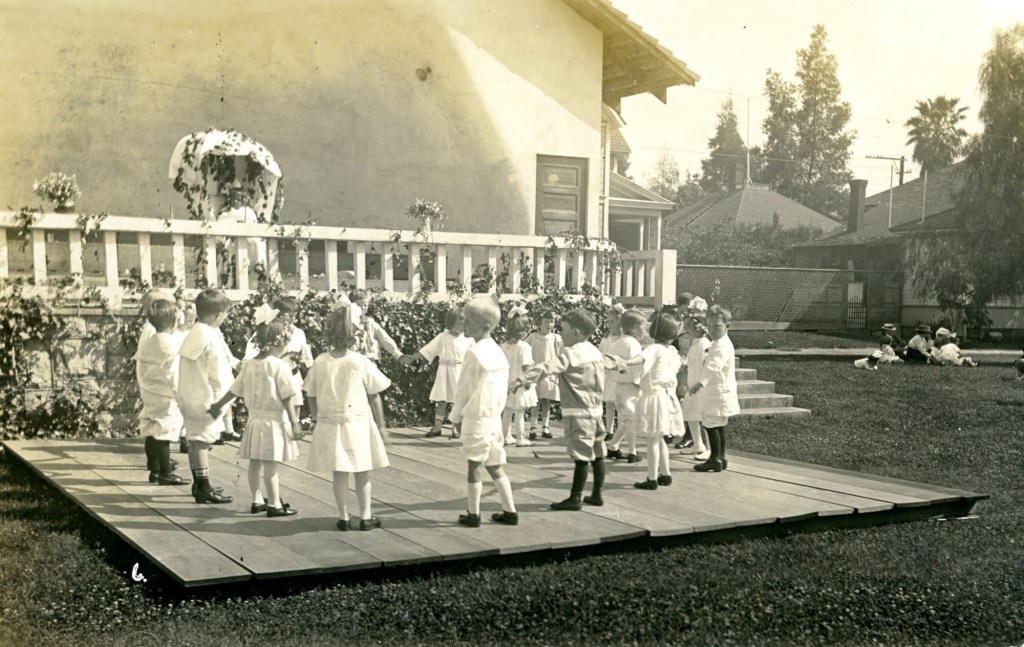 Will protest against displacement

WH Pettibone presented city administrators at their last meeting with a petition calling for the removal of the old concrete support on which the band’s hull was first built at Library Park, just south of the library. When the shell was moved from the amphitheater, the concrete base was left in the park and a railing was built to make it an attractive outdoor stage for the school and other programs where the amphitheater is not adapted.

Mr. Pettibone recently purchased the house just south of the park and facing Eureka Street. In the petition he presented, which was signed by many well-known residents, Mr Pettibone said that A. Gregory presented it to the town and that since the music stand was moved the plate -form has only been used a few times.

City administrators heard the petition and, after discussion, felt that unless there was a protest against the stand removal, it could be done, provided Mr. Pettibone was prepared to pay the cost. of its displacement and of the re-lawn of the space.

But in all likelihood there will be a strong protest against the relocation of the stand at the next directors meeting. Those preparing to protest say bringing the group out would do a lot to spoil the beauty of the park. As the stand is now, it forms a screen against the backyards of a number of residences and they claim that with the planting that has been made around it, the stand is one of the most artistic places of all the park.

Mr. Pettibone did not say whether he would have the stand removed at his own expense or not.

Petition against the abolition of the stadium

To the board of directors:

Gentlemen: We, the people of Redlands, having nothing in view other than the best interests of our town in regard to its public buildings, parks, stadiums, trees and general appearance, hereby ask the honorable advice of our city that the stadium (band stand) on the south side of our library park should not be removed for the following reasons:

This stadium is not a â€œbane to the eyesâ€ for Library Park for the general appearance of the City of Redlands.

May the stadium provide the best opportunity in our city for the review of military and social orders, children’s gangs, both from Redlands and visiting towns.

May no public good of this character be taken away for the housing of a single individual.

Editor’s Note: The concrete stand WH Pettibone wanted removed from Library Park, now called Smiley Park, matched the current location of the Lincoln Memorial Shrine, south of the AK Smiley Public Library. The group’s hull that stood on the concrete stand stood across Eureka Street at the Amphitheater, now the Redlands Bowl, until the larger Prosellis was built at the Redlands Bowl in 1930.

The home purchased by WH Pettibone just south of the park was located at 67 Eureka Street, roughly where part of the parking lot for the contemporary club building now stands. The street numbers in parts of Redlands have changed over the years, which may explain why Pettibone’s address was 67 Eureka St., but the Contemporary Club’s address is 173 S. Eureka St.

Pettibone, who is listed in the Redlands Town Directory in 1921 as a passenger and freight agent for the Salt Lake City route, has a claim to fame at Redlands unrelated to the band’s hull and its concrete support on the left. He wrote the lyrics and music for â€œPut Me Off at Redlands,â€ a 1915 song extolling the beauties of Redlands that was revived for the Redlands Centennial celebration in 1988 and other occasions since then.

With or without concrete support at Smiley Park, it was “Put me in Redlands because no other place will do, the distance is ten miles from the hustle and bustle of San Berdoo; The place is nestled on the hill under beautiful Smiley Heights, its glories stretching far and near with rapturous rapture.

And Pettibone would have finally seen the concrete support removed, whether in 1921 or later, as it was still listed at 67 Eureka Street in the city directory in 1933, a year after the Lincoln Memorial Shrine was built.