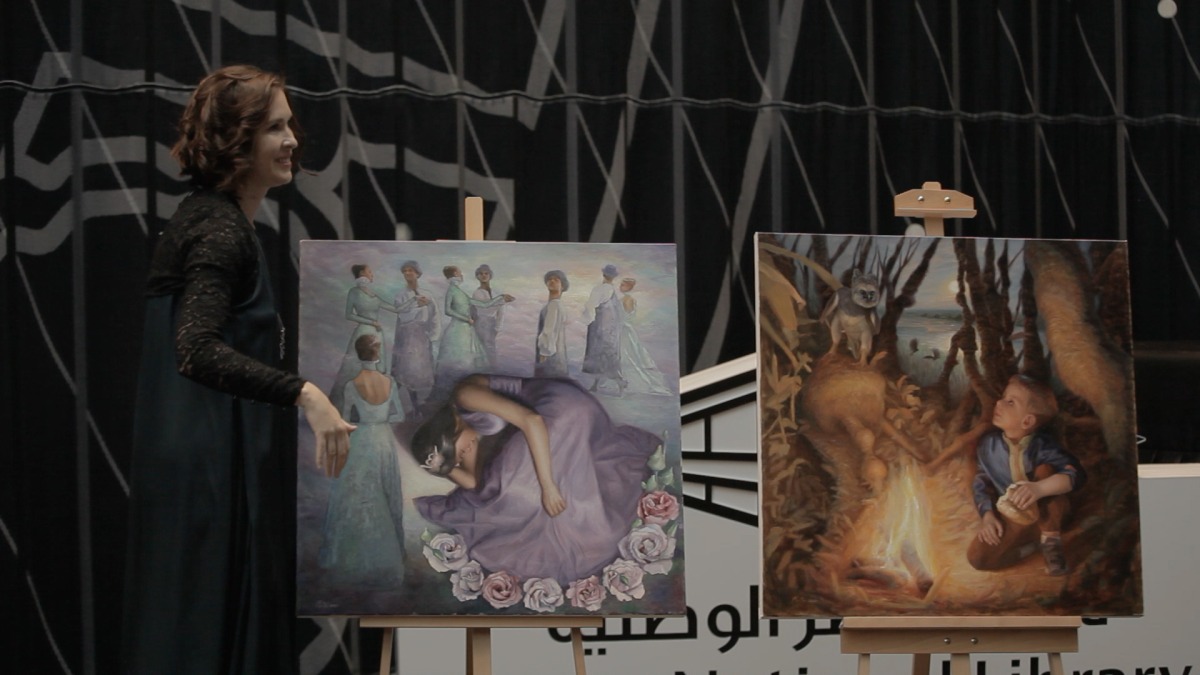 Mariya Medvedeva shows some of her works at the “Unravel” concert.

Concerts at the Qatar National Library are back as the Qatar Philharmonic Orchestra (QPO) recently staged its first combination of music and visual arts performances titled “Unravel,” blending music and arts into one.

Created and performed by Mariya Medvedeva, the charged concert brought together the two art forms into one musical masterpiece. Medvedeva is a violinist at QPO and also the visual artist who created the nine paintings which are all oil on canvas.

Merging music and visual arts in a concert has brought a new perspective to the music scene in Qatar, Medvedeva says The peninsula. She noted that holding the performance accompanied by her artwork is unique because she represented herself as an artist for the first time.

“I started making art a few years ago after a dramatic event in my life. I focused on it, later it became therapy. Since then, it has attracted me and so I have made a career out of it. I spent many hours painting, at first I did portraits and created a series of paintings, after that it became a project called ‘Unravel’ which was supported by the QPO,” said she recounted.

The visual artist and musician revealed that the paintings on display took three years to complete.

“My colleagues and conductors gave me an idea about creating paintings for music,” she said.

The concert took place in two parts – the first part unveils Medvedeva’s vision of the present moment and the second part – unveils the creator’s vision.

In the first part of the concert, Medvedeva created a series of portraits of the QPO musicians on stage, including Aura Lorena Manescu and herself on violin, Andrea Mereuta on viola and Hassan Motaz on cello. The string quartet interpreted the music of Massenet’s “Méditation” (from the opera “Thaïs”); “Clair de Lune” by Debussy (“Clair de Lune”); “After a Dream” by Faure; and “The Swan” by Saint-Saëns (from “Carnival of the Animals”).

Medvedeva described the portraits she made for her colleagues based on “how they feel and experience the moment, and how they relate to the instruments”.

Medvedeva, who has worked with the QPO since 2008 and left Qatar in a month to move to Switzerland, said the concert was special.

“It’s what I live and what I love… This project is very important to me, a big part of my life I spent and lived in Qatar – 14 years, this concert will remain in my memory – a good memory, and for the future, I am happy to do something similar,” she said.

8 musicians who served in the military