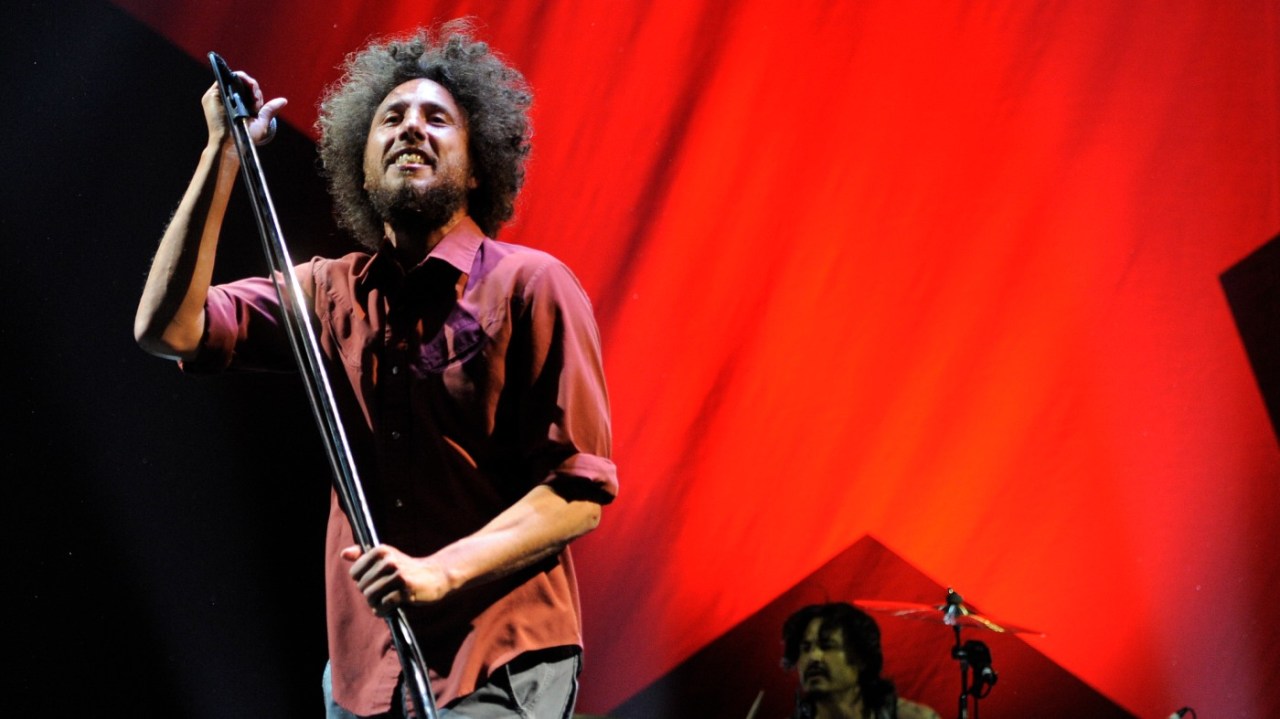 (The Hill) — On their first show in 11 years, alt-rock band Rage Against the Machine used their set to channel their frustration over last month’s Supreme Court decision to overturn Roe v. Wade.

Performing Saturday at the Alpine Valley Music Theater in Wisconsin, the band popped up numerous on-stage captions calling out the decision to cancel Roe, citing certain circumstances and issues surrounding the case, according to the Milwaukee Journal Sentinel.

“Forced birth in a country which is the only wealthy country in the world with no nationally guaranteed paid parental leave,” a caption read.

“Forced birth in a country where black birth attendants experience maternal mortality two to three times higher than that of white birth attendants,” reads another caption as lead singer Zack de La Rocha repeatedly shouts “freedom” . “Forced birth in a country where gun violence is the leading cause of death among children and adolescents,” another caption read.

Rage Against the Machine postpones the first half of the tour again, including opening nights in El Paso, Las Cruces

At the end of the footage, a bold caption reading “DROP THE SUPREME COURT” appeared on screen.

The group, whose last studio album was released in 2000, joins a growing list of celebrities and artists who have shared their disapproval of the Supreme Court’s decision to overturn the landmark abortion rights ruling.

During his band’s performance in London last month, Green Day frontman Billie Joe Armstrong announced he planned to give up his US citizenship due to Roe’s overthrow, saying “there are too many stupid fucking people in the world to go back to this miserable f—ing excuse for a country.

President Biden on Friday signed an executive order to protect access to abortion and contraception in the country.