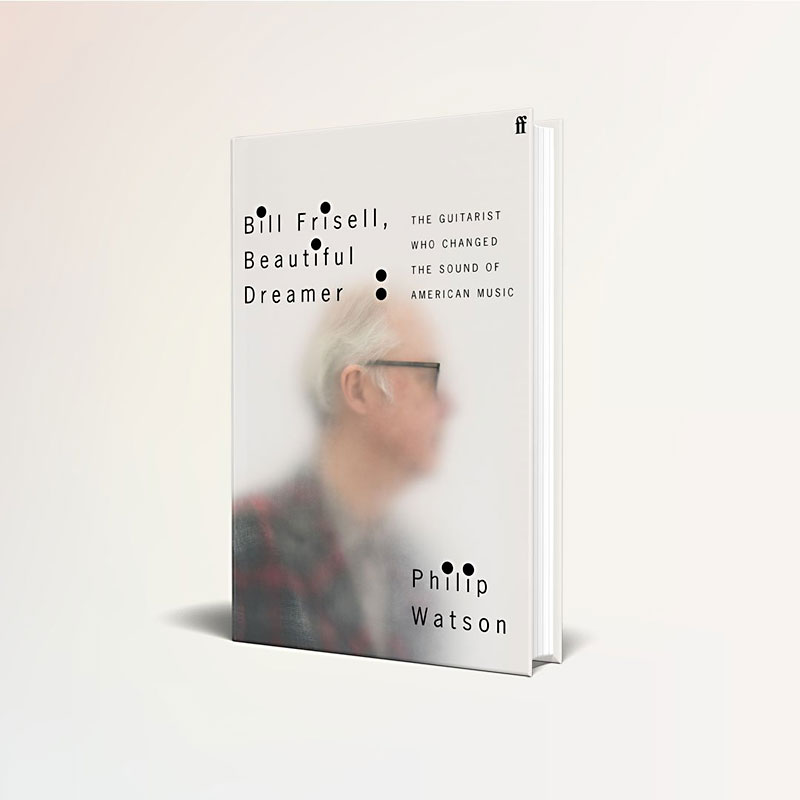 Review: Bill Frisell, Beautiful Dreamer: The Guitarist Who Changed the Sound of American Music by Philip Watson: An In-Depth Read From One of America’s Most Versatile Guitarists – Music

“Is it true there’s a biography coming out about you and your career?”

The rather simple question was posed to guitarist/composer/bandleader Bill Frisell in a phone interview late last year ahead of his upcoming appearance in Austin in January, where he and his trio would provide the live musical soundtrack of filmmaker Bill Morrison’s documentary. The Great Deluge. Knowing full well Frisell’s modesty and reluctance to be self-deprecating, his response was not at all surprising.

“Wow, oh man, I don’t know how it happened, but it is. Yeah, my friend Philip Watson, a few years ago he said he wanted to write a book and I said , ‘I don’t know what you want to talk about, but go ahead. So it really happened.’

Indeed, Irish journalist/author Philip Watson has found plenty to say in the over 500 pages of his captivating biography which covers the life, music and philosophy of Bill Frisell, the highly acclaimed, Grammy-winning and beloved artist whom we have been fortunate enough to see regularly here in Austin for the past 30 years.

And if you’ve seen Frisell play here, either solo, with one of his many bands, or as a sideman with saxophonist Charles Lloyd or drummer Andrew Cyrille, then you probably understand what a very unique talent he possesses. .

As the title of the book suggests, real dreams play an important role in Frisell’s story; in fact, the book opens with the description of a dream that would profoundly influence his whole outlook on music. In it, every piece of music he has ever heard or imagined plays simultaneously, but merges into “the most harmonious, beautiful, and perfect music”. And while this dream may symbolize an artist’s idealistic quest for perfection, it has also proven to embody Frisell’s evolution from a guitarist initially associated exclusively with the world of jazz to an artist adept at mixing a plethora of of influences – rock, blues, Americana, bluegrass, world music, modern classical and jazz – in a totally new and singular sound.

Perhaps Bon Iver’s Justin Vernon provides the most insightful description of Frisell’s contribution: “It’s like he’s kind of developed both a new and an old approach to the guitar. It was never about appearing so different from all that came before it. in front of him, spread everything, mix and move on.”

Watson uses a three-pronged approach to telling Frisell’s story. The foundation is a standard, linear, factual examination of his life and accomplishments: a post-war, middle-class upbringing in Denver where he played clarinet all through school, a move to the guitar and years of dues, an immersion in the “downtown scene” of New York. ’80s from the likes of John Zorn and Paul Motian, his meteoric rise in the music world, his subsequent success as an internationally acclaimed entertainer, and discussions of his nearly 40 albums.

From time to time the author inserts a chapter on Frisell personally. One, for example, examines his reserve and gentle nature when it comes to his music and his fellow musicians. Another chapter delves into the whole concept of whether Frisell is truly a jazz guitarist despite his adventures in so many other genres. Hint: “…whatever you call it…I approach my music with a jazz sensibility.”

To spice up the narrative, there are also nearly a dozen short, interspersed chapters where artists – including producer Hal Willner, the aforementioned Vernon, filmmaker Gus Van Sant and Paul Simon – listen to and comment on a specific Frisell album, sharing their personal experiences with the guitarist along the way.

Quite simply, this book is a lavish treat for many Frisell fans and perhaps a draw for those who haven’t yet drunk the Kool-Aid.

Bill Frisell, Beautiful Dreamer: the guitarist who changed the sound of American music

The meaning of the lyrics of the song: “Fancy” by Bobbie Gentry