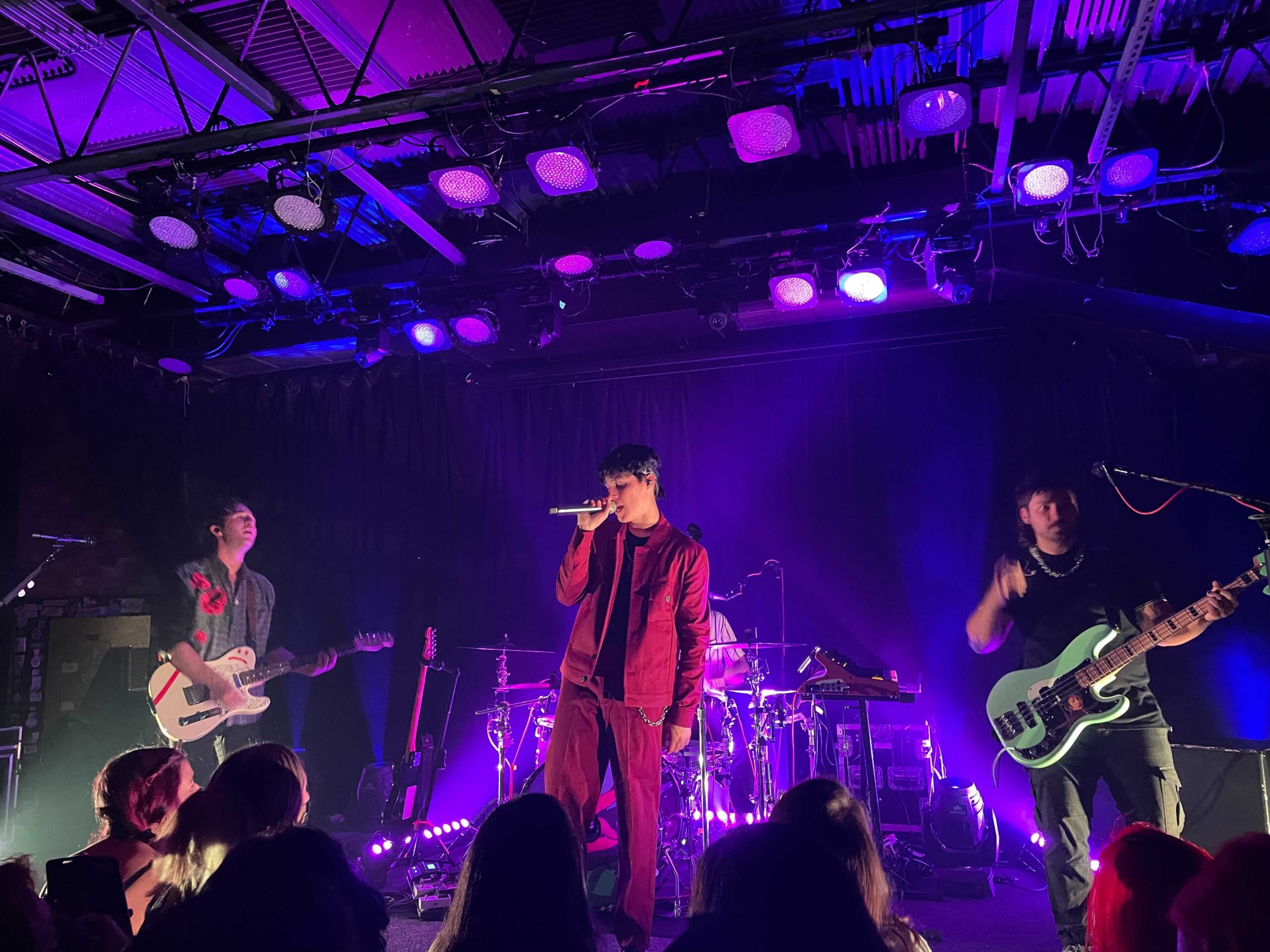 Los Angeles-based rock band Weathers have been taking the indie alternative world by storm since launching their first nationwide tour.

The group formally formed in October 2015, drawing inspiration from bands such as The Killers and The 1975. With both piercing lyrical depth and energetic beats that distinguish between the alternative and pop genres, Weathers s’ is distinguished from many others. alternative groups to come. Alongside guitarist Cameron Olsen, bassist Brennen Bates and drummer Cole Carson, singer Cameron Boyer took the stage at Jammin Java in Vienna, Virginia, where they rocked fan favorite headbangers.

Weathers released their second album, “Pillows and Therapy”, last summer, inspiring their “Our Little Secret” tour, which brought them to Jammin Java last Saturday. â€œPillows and Therapyâ€ addresses themes like mental health in a poignant way, according to Boyer.

â€œTake mental health a step further, and instead of just raising awareness and talking about it, we wanted to talk about taking action to get better and wanting to get better,â€ Boyer said in an interview with The Hoya.

Aaron Taos, an alternative musician in the same vein as Weathers, opened for the group with a few recently released songs, including a slow ballad titled “Closure” and two other loud rhythm numbers, “Control” and “Loneliness”. Taos’ lively energy prepared the crowd for Weathers to take the stage soon after his set.

Weathers opened their concert in Northern Virginia with “Hello”, an electrifying song that got everyone dancing. â€œHelloâ€ is Boyer’s favorite of his tracks, he said.

â€œThe lyrics are really dark but the song is so much fun,â€ Boyer said.

All eyes were on Boyer when he picked up the microphone, and he dazzled the audience with a burgundy suit and a black bandana across his forehead.

After playing two more songs, the band started having technical difficulties due to issues with Jammin Java’s audio system, but this inconvenience did not slow down Weathers’ momentum as they started playing four songs. from their directory while the audio system problem was being investigated. . These tracks were not on the pre-planned setlist, but were still fan favorites among the audience. The spontaneous songs included the group’s 2016 singles, “I Don’t Wanna Know,” “Dirty Money” and “Secret’s Safe with Me,” which rocked the crowd.

While Jammin Java’s subwoofers have a problem, Weathers improvised amid the technical difficulties and continued with his setlist without the subwoofers. Weathers followed up â€œSecret’s Safe with Meâ€ with an unreleased song, â€œOne of a Kind,â€ which aims to break down the negative stigma associated with talking about mental health.

In addition to â€œHello,â€ another highlight of the concert was the performance of â€œRehab,â€ which is another of Boyer’s favorites due to its mellow sound. The band then performed each band member’s favorite track: “Karma,” Olsen’s favorite song, “Talking is Hard,” Bates’ favorite, and “Strange Dayz,” which was Carson’s favorite.

Weathers’ performance at Jammin Java on Saturday showed their close connection to their fans, as Boyer shouted out to the audience, “Welcome to the posers family!”

The term â€œpose,â€ which Weathers applies to his fans, comes from his popular song â€œPoser,â€ which is about living life to the fullest even when things inevitably go wrong. The audience knew the song by heart, singing in unison with the band as they performed.

The band closed the gig with their single “I’m Not Ok”, performing with the same animation and liveliness they brought to the stage when they opened with “Hello”.

Weathers is rapidly rising in the music business, greatly helped by their “Our Little Secret” tour, which helps their fan base grow more and more with each stop.