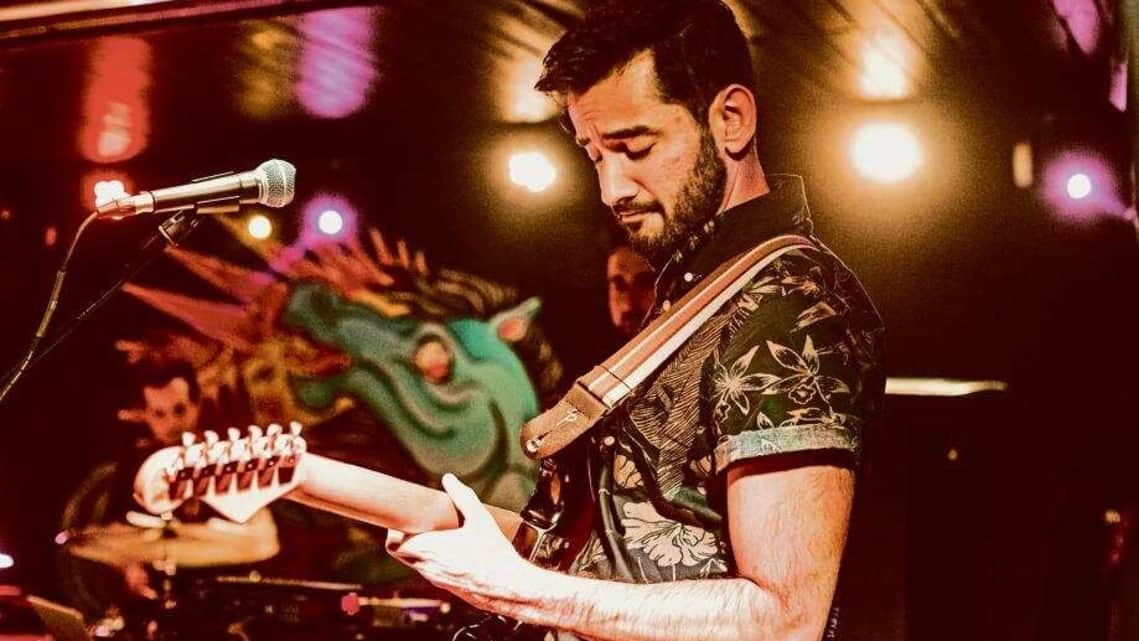 What happens to your self-esteem when you spend your formative years jumping from continent to continent, never staying in one place long enough to take root deeply? What kind of cultural boost do you face when you called five different cities home before you even entered high school? How do you define your identity when you have a foot in two – or three, or five – different worlds, as do more than 18 million Indians in the global diaspora? When the covid-19 lockdown interrupted Shubh Saran’s U.S. tour in 2020, leaving him stuck at home for months, the guitarist and songwriter decided to take these matters seriously.

â€œOther people were trying to figure out what their hobbies were – gardening, cooking or whatever – and I started reading all these existential questions,â€ recalls Saran on a Skype call from his New York home, where he has lived since 2014. â€œIt was also the moment when the conversation about racial justice in America really exploded, and those conversations were very inspiring. But the most important thing was that living in the United States as a foreigner with no work to do, I started asking, â€œWhy am I really here? Is this my home or should I be my home in India? ‘ “

Saran pours all his ideas of these intense episodes of research and soul-searching into his second full album, English, published independently on October 29. There is also a three-part companion podcast in which he poses these questions to contemporaries of the Indian and diasporic desi music scene, exploring different perspectives on what it means to be an Indian musician. But it is in the culture shock of the 10 instrumental tracks on the album that Saran truly engages with personal, social and political forces by playing a game of tug of war with his sense of personal identity.

Also Read: How NRI Musicians Use Fashion To Pay Homage To Their Roots

The composer weaves the strands of his widely dispersed roots – pop-punk, jazz, R&B, Indian and Arabic folk, Hindustani classical, industrial, progressive rock – into a vibrant and messy DIY. The vitality of the music is all the more thrilling as it is on the verge of being torn apart by the tension of its inherent contradictions: the tension between tradition and assimilation, the various elements of over-processed identities, the different homelands.

Saran first faced this internal conflict when he returned to Delhi for his high school education, after spending years in Cairo, Geneva and Washington, DC. In these cities, he had taken his “Indianness” for granted. But returning to his homeland put those easy certainties to the test. â€œThe music I liked, the things I found cool – anything cultural – suddenly weren’t very Indian,â€ he says. â€œIn Geneva and Cairo, I was just the ‘Indian child’, so I had no idea that I was caught between two different worlds. “

Saran leaned into her “difference” as an act of teenage defiance, playing her accent, making her Hindi even more terrible, hanging out with the other “foreign” children. Eventually, he found his community in Delhi’s small but bustling indie music scene that had just taken hold when he left high school. He was already playing Blink 182 riffs on guitar in his bedroom, but artists like Advaita and Indian Ocean piqued his interest in the possibilities of making Indian music that was not traditionally Puritan.

â€œFinding fusion music was definitely part of the answer,â€ he says. â€œIt was a way for me to relate to Indian things. And all these fusion and indie bands were like me. They played a little guitar music, a little fusion, just trying to sound authentic themselves.

Ironically, going to Berklee in the United States to study jazz and R&B ended up pushing him further into the study of Indian classical and folk music, in part because the experience left him with a meltdown. ‘identity. â€œPeople there really expected me to be able to play Indian music, and I knew a few Prasanna licks, so I was trying to do it,â€ he says. â€œBut it made me realize that I didn’t know much about these musical traditions, and it made me doubt my own identity and my own tradition. Everyone from a certain part of the world knew how to play their music fairly well. And I presented myself as this globalized and bastard version of an artist who did not fit into any space.

So even as he made forays into jazz and R&B, Saran was also giving himself a crash course in Indian musical heritage. But it took a while before he could allow these two worlds to blend together in his music, and for a very long time he found it a difficult exercise to be both respectful of tradition and to appeal to a largely non-Indian audience. It took him even longer – until covid-19 forces his hand, really – to dig deep into the reasons for this doubt and reluctance, which he attributes to internalized prejudices about what it means to be. “Indian” and all the baggage that comes with it.

â€œI was thinking about how I viewed Indianness as something that needed to be hidden and let go, and I started to find it odd,â€ he says. The songs on English– which takes its name from the quintessentially Indian dialects that emerged from the collision of vast forces like colonialism, tradition and national identity – try to resolve this tension by saying yes to everything, without qualification or hierarchy. Opener Enculture is part Indian folk tune, progressive metal, industrial dance floor banger, and freewheeling jazz joint all in one. Leader alone Postradition is the Indo-Futurist soundtrack of an imagined future in which tradition and global cosmopolitanism go hand in hand (rather than in conflict). Don’t forget to come home soon is imbued with the intense nostalgic longing that drives so much migrant music – elegies for a lost homeland that evolved without you. Absolutely, English is an emotional and powerful argument for a broader notion of identity and cultural belonging that goes beyond the restrictive lenses of geography, ethnicity or ideology.

â€œI’m not questioning Indianness, so as not to point my finger at something and say it’s not Indian,â€ says Saran. â€œI want to broaden the idea of â€‹â€‹’Indianness’ to include a lot of different things. I would like to think and exist in a world where each of these different definitions is valid. If you say Indian music is classical music, you are denying everything else. If you say it’s folk music, you deny classical and pop music. So my aim was to say that all of this is Indian. Everything that is done by Indians is Indian. Enter the club because it is open to everything.

Read also: A concert performer on the return of live music

RAMBLIN ROUND: Jerry Garcia: Another Long and Strange Journey in the Scorsese Biopic | New

Make room for a new kind of “Mozart Requiem”, an opera project with an indie twist made in Toronto