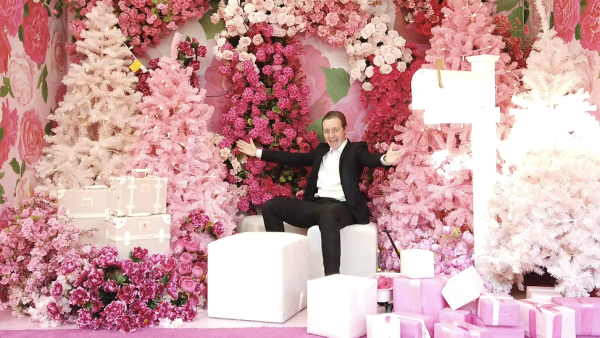 American cartoonist Avital Shtapura has released his third music album, titled ‘Safe’, along with a colorful new music video for his song ‘Religion’

Surrounded by lush flowers and bursts of color, the music video for “Religion” is a first for emerging freelance songwriter and cartoonist Avital Shtapura.

Avital on the floral escape set

The eclectic video was created on his YouTube channel – which normally hosts his 2D and 3D animations – to accompany the release of his third musical album, “Safe”. The video is also a celebration of his legacy; viewers can see Avital incorporate Hopak, a folk dance style pioneered by his father’s tribe, the Zaporozhian Cossacks of Ukraine, and some verses are sung in Polish to honor his mother’s Ukrainian-Polish roots.

“I’ve never paid money to see my song come to life on a set before – and I couldn’t have asked for a better set!” explained an enthusiastic Avital Shtapura. The video was filmed in The Floral Escape in Paramus, an interactive pop-up flower exhibit that opened in April 2021. The elaborate photoshoot started as a seasonal exhibit, but has since grown into a year-round installation at Westfield Garden State Place.

Avital Shtapura, now 22, was born in Israel to Ukrainian parents. After immigrating to the United States, he grew up in Bensonhurst and Fair Lawn, and now lives in a small town near Montville, New Jersey. As a member of the trans and autistic community, he is proud to have over a decade of online presence. Since the age of nine, he has published his cartoons and songs on the Internet.

The release was praised by British pop artist Scott Magnus. “The song itself is catchy and enjoyable, and this video sees Avital bursting with energy, with catchy dance moves complementing the song’s funky beats. It all takes place against a backdrop of vibrant, slightly absurd floral scenes. which give the feeling of being on a beautiful fantasy planet. 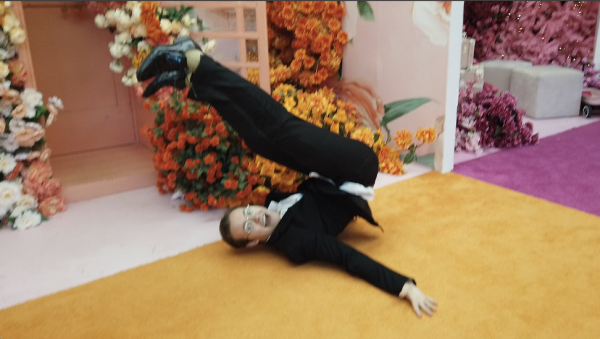 How was the song itself born? “The idea for the song came, hilariously enough, when REM’s ‘Losing My Religion’ got stuck in my head,” Avital recalled with a laugh. “Before I knew it, I had this brand new song in front of me. I couldn’t help but see it through to the end, all because of that first little melody that I kept stopping no humming.

The ‘Safe’ album is available on Spotify, iTunes, Amazon and YouTube Music – and Avital can’t wait to get to work on their next music video.

“It was just such a joy to see my music come to life like this! I’m so glad we had this fun approach and I had so much freedom to do whatever I wanted! I feel like I’ve approached so many different parts of myself – romantic, joyful, childlike – while celebrating life.