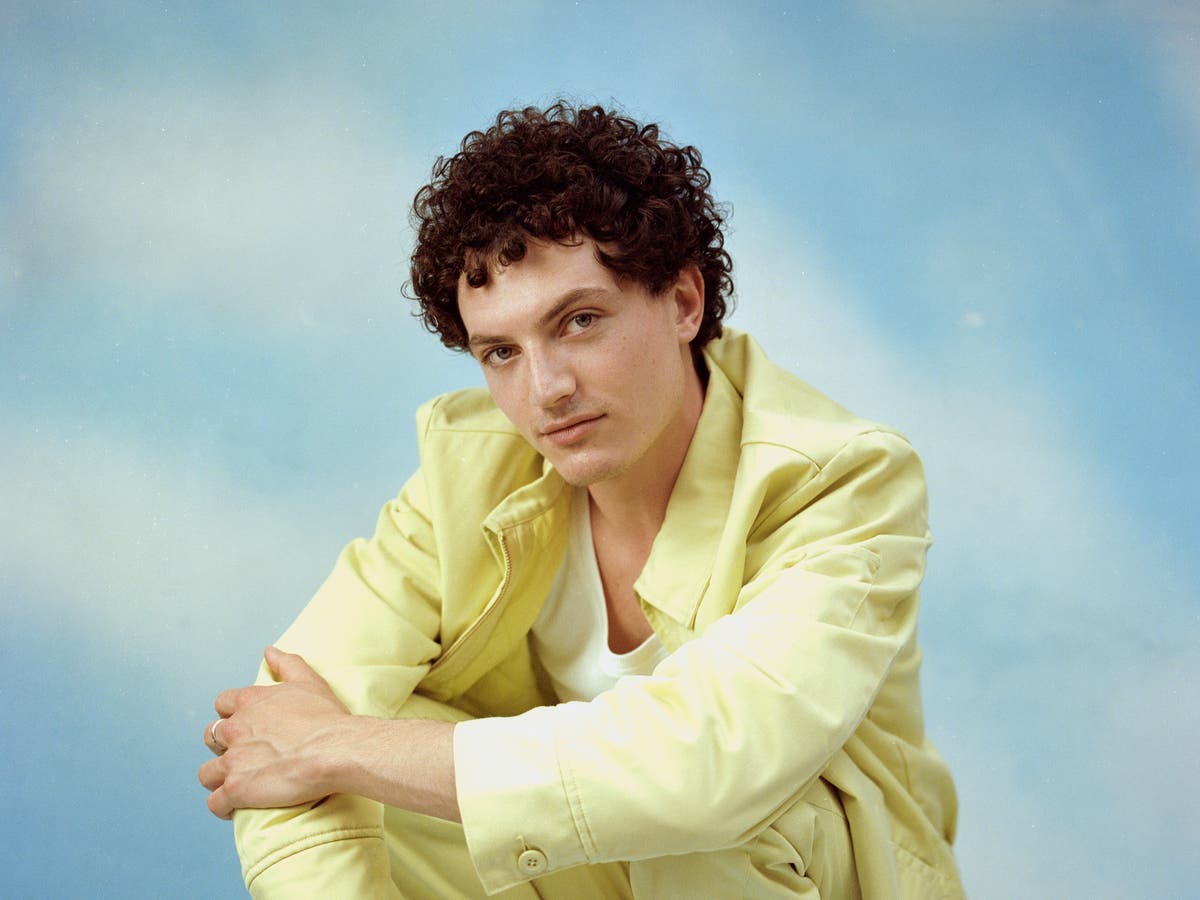 Singer-songwriter Max Pope: “I stopped creating for a while”

Max Pope’s music sounds like summer. It’s soulful and sun-drenched – the kind of sound that wafts through the loudspeakers of beer gardens in the summer. Like this one in Dalston, where we meet on the hottest day of the year so far. The 27-year-old, whose debut album has just been released, has a towel and briefs crammed into his tote bag, ready to hit the ponds at Hampstead Heath next.

In an age of Gen Z stars and micro-trends, Pope is a rarity: a crowd pleaser, whatever the crowd. His pop-minded, gender-minded soul is one to cross age lines and climb the charts. Like his music, which unmistakably breathes the air of George Ezra, Pope exudes a similar ease. He sinks as comfortably on a concrete bench as if he were lying in a plush loveseat. So it’s less surprising that he’s nonchalant about releasing his debut. Partly, he says, because it took a long time to come. “I feel like I could have released this album years ago. A lot of the songs are really old,” says Pope, who wrote the title track of Counting sheep over a decade ago. “But it’s one thing to have the songs and it’s another to be in the headspace to put out a record.”

The journey to this headspace has been eventful, if twisty. In short, it includes the death of a loved one, new solace in gardening, and a failed record deal. The latter was his own choice, by the way. “I signed with a manager way too soon,” says Pope. He was spotted as a student at Brit School, the performing arts secondary school in Croydon with former students like Adele and Amy Winehouse. During his school year, there was future Mercury-nominated artist Loyle Carner, with whom he jammed regularly. “I had released a song, ‘Counting Sheep’, and all of a sudden, strangers offered me a lot of money. It was weird and overwhelming. Suddenly he was in a meeting with executives to tell him who he was, what his the music was. At 16, Pope didn’t know these things on his own. “I think I found that quite painful.”

On reflection, Pope has mixed feelings about his time at the Brit School. He loved it, he assures me. But aside from the friendships he forged and the lessons he learned, Pope came to feel how closely tied his upbringing was to the industry. Looking back, he says it’s “a bit dangerous when you’re 16 and learning your trade to have managers trying to find talent”.

“The best shit I do is when I can forget there’s a fucking music industry out there. It’s better when you’re not aware of the corporate side,” adds- he.

Fresh out of the Brit School and under flashy new management, it was impossible not to be aware. It didn’t take long for Pope to be stuck in pop star territory. The “Next Ed Sheeran” was a much-used term. “It took me a long time to realize that I was being pushed in a direction that wasn’t me,” he says. The upshot of that though, is that it helped him understand what it was. And while Pope admits to wanting to get out of whatever box he’s placed in (“I think that pisses everyone off, to be honest”), Counting sheep features an artist who knows who he is.

The album is a collection of charming tracks on which Pope’s upbeat baritone anchors a guitar filigree so light it’s ready to drift away at the first wind. This is music for summer days and balmy nights. Pope wants you to feel like folk-soul star Bill Withers makes him feel. “I literally feel like I get a hug every time I listen to it,” says Pope, who was “truly heartbroken” by Withers’ death in 2020. “His music is very simple. He says the things as they are and there’s not a lot of pretense I was inspired by the feeling of that, not necessarily the sound of his music, although that too, but the way it makes me feel.

Even as a teenager, Pope knew it was the right decision to part ways with his management, even if it risked losing the momentum he had built so far. “I think that momentum thing is bullshit. It was not a difficult decision; I stopped doing it because it no longer served me,” he says. Afterwards, he experienced what he calls a “series of unfortunate events”, including the death of a loved one, which led to a two-year hiatus from songwriting. “I just stopped creating for a while. I just needed to stop and figure out what was going on.

To Pope’s surprise, it was gardening that finally brought him back to music. “It really came out of nowhere,” he smiles, still baffled by the memory. With no experience, Pope landed a job as a gardener; a job that turned out to be heavier landscaping than planting flowers. “The guy turned out to be an ass,” he laughs. “He gave me all the shitty jobs, mixing cement and laying stones. So, I would do this while he was doing all these amazing things in nature. But it was the start of a new hobby that paved the way for her return to music. So it’s fitting that he’s doing a residency at Spitalfields City Farm this week, where he’ll perform alongside gardening workshops and mindfulness sessions.

“Gardening is all about the process. The work is never really done and things just keep growing,” says Pope. He realized that the same can be said for music. Or at least the type of music he wants to make. “I don’t want to write a song with an outcome in mind,” Pope says, grimacing at the thought. Little by little, he returned to open mics, which he still does today. He also teaches guitar to children in Tower Bridge. “No fucking music industry is going to stop me from being happy now,” he smiles. Pope realized that “I need to write music for the love of music”. The rest will follow – and if not, well, Pope isn’t too fussy anyway.

A night with the best “friends”