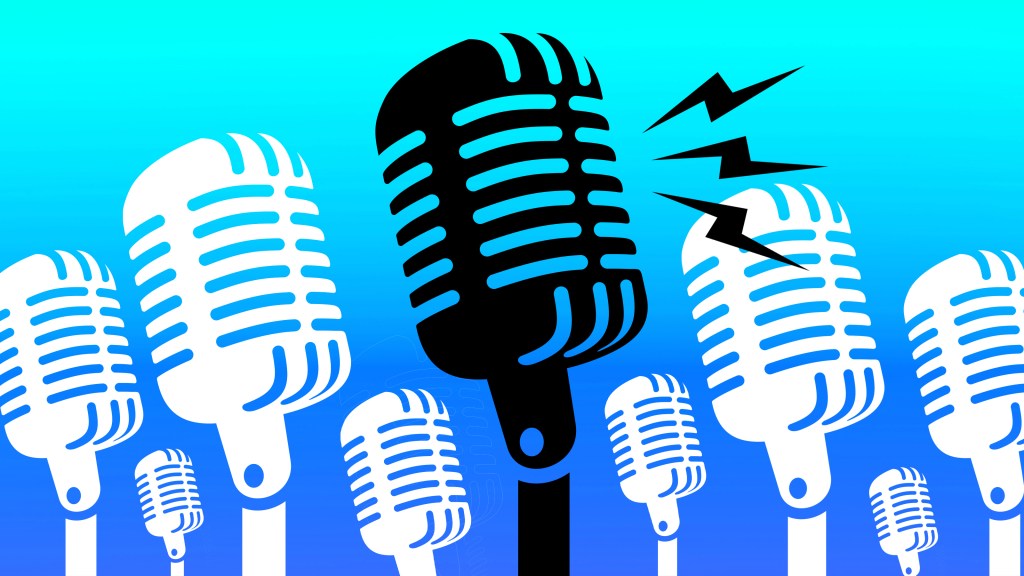 The Best Podcasts in the Music Industry – Variety

With so many podcasts in the audiosphere and only a certain number of hours per day, it can be difficult to just test the waters, let alone find one that delivers what you’re looking for. Well with Varietyillustrious ‘Strictly Business’, which focuses on music once a month, here’s a select list of 13 podcasts aimed at both music industry hopefuls and insiders, listed in alphabetical order:

American scandal “Payola – The $ 50 handshake”: This particular episode of the Wondery series tackles the not-so-hidden hidden secret of the music industry: how majors and managers have used “bribes and bribes” to play records on the radio.

And the writer is … Veteran producer / songwriter Ross Golan, who has written hits for Selena Gomez, Ariana Grande, Justin Bieber, Nicki Minaj, Keith Urban and Maroon 5, offers a definitive look at the songwriting process, interviewing the writers- composers and producers behind many successes. Now in its seventh season and sponsored by Big Deal Music Publishing, recent episodes have featured Ricky Reed, pop groups AJR and 3OH! 3, Parlophone Records A&R, Jin Jin and others.

Creative juice Hosted by the ever-curious Circa and his team at Indepreneur, this music marketing podcast is aimed at people pursuing a career in the biz, whether as an artist, promoter, manager or label employee. Circa is a curious and passionate guide who offers valuable career strategies to aspiring musicians and hopefuls in the industry.

Deep cuts: lost and found: Hosted by acclaimed music supervisor Thomas GolubiÄ‡, writer / critic Chris Nashawaty and their buddies Bill Fidurko, Derek Brain and Rich Eyre, this podcast examines “neglected, underrated and forgotten music”, from 1977, l year punk broke out. Topics range from “Have The Sex Pistols Been Overrated?” “To” How was AC / DC’s ‘Back in Black’ recorded in the Bahamas? Artists explored include The Cure, the Clash, David Bowie, Wire, the Damned, the Jam, Buzzcocks (you get the idea). Episodes 1-4 are available now; new installments will be released every week.

DIY musicians podcast CD Baby’s Kevin Breuner and Chris Bolton – both musicians themselves – examine the challenges of a successful career as an artist. An eclectic guest list ranges from artists who work with the independent digital distributor to guest speakers at their DIY Musicians conferences. Recent topics include productivity hacks for musicians, tips for getting back on stage after the pandemic, creating the perfect exit plan, and how Siren and the Sea’s Cristina Cano managed to increase her monthly Spotify listeners by 2,000%.

Bob Lefsetz’s podcast: Love it or hate it – many do both at the same time – the self-invented industry scholar has always had a unique outlook on the world of music, dating back to when he spoke through a letter sent by post. His array of guests is impressive and he can engage in eye-opening conversations, from Irving Azoff and Live Nation leader Michael Rapino to Paul Anka and Harry Casey of KC & the Sunshine Band.

Magnate This Spotify podcast, hosted by journalist / DJ Brandon “Jinx” Jenkins, explores the most iconic moments in hip-hop history, spawning his own spin-off “The Mogul Mixtapes”, featuring artist interviews and from journalists on such hot topics as the influence of the late DJ Screw, a fanboy spouting out of Schoolboy Q’s cult classic “Blank Face LP” in 2016, or an instant analysis of Kanye West’s “Donda” listening parties at Atlanta. Other recent highlights include a conversation with Ludacris during his quarantine, in which he revealed he owns 22 acres of land, a private plane, and is an apocalypse-ready survivalist.

Music Industry Blueprint with Rick Barker: Barker, Taylor Swift’s former manager at the start of his career, reveals his basic strategies in artist development. Her podcast is also packed with memorable tips and strategies to help you navigate your way in the business. Recent interviews include lawyer Debbie Egel, “How to win big in the music business Â» author Clinton Sparks and vocal coach Matt Ramsey.

Rarefied heir While not specifically a music industry podcast, â€œRarified Heirâ€ offers a look into the childhood life of a celebrity and is hosted by art director and publicist Josh Mills (him – even the son of commercial host Muriel Cigars Edie Adams and celebrity photographer Martin Mills). Guests included Shawn Kay, daughter of John Kay of Steppenwolf; Eden, the daughter of Herb Alpert; Eddie Cantor’s granddaughter, Amanda Gari; and Elmo Kirkwood, son of Curt Kirkwood of the Meat Puppets.

Slate’s Hit Parade with Chris Molanphy Sponsored by the online site, with individual episodes available only to paid Slate + subscribers, the podcast examines the different elements that make a song a success, from the art of Bruce Springsteen to the evolution of vocals in the rap, without forgetting the lasting appeal of Milli Vanilli …

Song exploder This popular and highly regarded podcast, hosted and produced by Hrishikesh Hirway, offers musicians an in-depth dive into the various decisions that have led to the creation of their most enduring work. Its popularity spawned a Netflix series starring Alicia Keys, Lin-Manual Miranda, REM, Ty Dolla $ ign, Dua Lipa, Nine Inch Nails, The Killers, and Natalia Lafourcade. The New York Times enthused, “In the world of beautifully produced podcasts, this is the flagshipâ€¦ a show filled with serious lines of honesty, film production, and insights into the creative process.”

When life holds out its hands to you Lennons This one is hosted by Lennon Cihak, a DIY musician who teamed up with Ari Herstand, author of “How to be successful in the new music business â€ and Ari’s Take, a popular blog about success as a freelance artist. Recent guests include Adam Small, A&R / executive producer of Saweetie, who explains how his McDonald’s meal was born; marketing and artist services guru Justin Kleinfeld; David Franz, Pro Tools expert; and Anthony Martini, former manager of Lil Dicky and Tyga.

Hell Is A Teenage Girl: Olivia Rodrigo, “Jennifer’s Body” and The Joy Of Rage