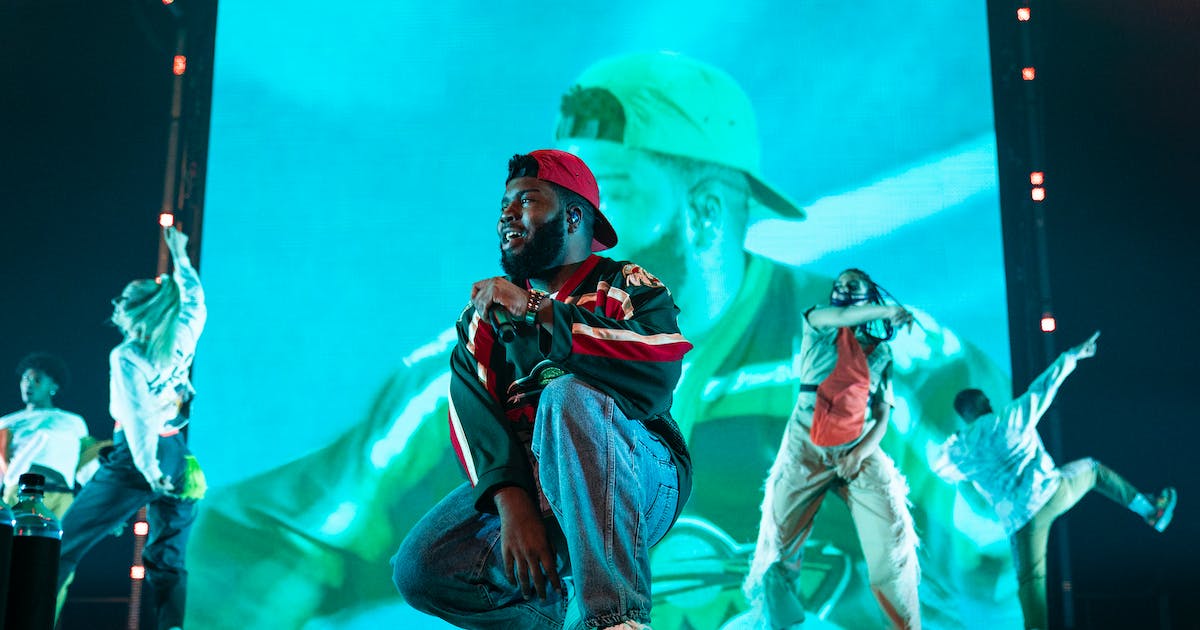 1. We party: Are Twin Cities Country fans ready to head to Detroit Lakes when Stadium King Kenny Chesney brings the party to the Vikings Palace this weekend? The 39th Up North camping-and-country hoedown once again has a strong lineup with Jason Aldean headlining Thursday (with Chris Janson and Blanco Brown), Miranda Lambert shining Friday (with Lee Brice and Clay Walker) and Luke Bryan popping beers on Saturday (with Riley Green and Tanya Tucker). (Thurs-Sat. Soo Pass Ranch, Detroit Lakes, $89 and up, wefest.com)

2. Cole Swindell: The “Chillin’ It” and “Never Say Never” celebrity country hitmaker took part in the last Twin Cities concert of 2021, as he and Thomas Rhett rang in the new year at the Xcel Energy Center in St. Paul. Now Swindell is back as the first act to play a sold-out gig at Target Field after a Twins game. The team will roll out a stage and speakers minutes after the Twins-Blues Jays series opener, and Swindell will play a 75-minute set. It won’t be the first time he’s performed at the Twins stadium; it opened for Kenny Chesney there in 2015. Tickets for the game are required. (6:40 p.m. game, Target Field, Mpls., $14 and up, mlb.tickets.com)

3. Billy Strings: He plays acoustic guitar but his music sometimes sounds like heavy metal. It also becomes jazzy, bluegrassy and spacey. Aided by a myriad of effects pedals, Strings is a quick-fingered marvel capable of mixing genres within the same song and making enough noise to fill large venues without a drummer. His range is just double bass, banjo, mandolin and his other worldly acoustic guitar. The Michigan-raised, Grammy-winning 29-year-old has three albums of original material, and he’s known for releasing a wide range of covers, from Bill Monroe and Cher to Doors and the Dead, in its trippy, two sets marathons. (7:30 p.m. Surly Brewing Festival Field, 520 Malcolm Ave. SE, Mpls., $49.50-$54.50, axs.com)

4. Aida Shahghasemi: At age 13, she emigrated from Iran with her parents, who had attended college in the United States. Discouraged by the lack of international music programs at American universities, she earned degrees in anthropology and psychology at the University of Minnesota and in arts policy at New York University. Then she returned to Iran to study Persian classical music. A multi-instrumentalist and singer, she has toured with Marketa Irglova and Iron and Wine and has released two solo albums of emotional and meditative music. A third LP, “Event Vista,” about loss, is due out this month. She will be accompanied by Nima Hafezieh and Jacqueline Ultan. (8 p.m. Cedar Cultural Center, 416 Cedar Av. S., Mpls. $14-$18, thecedar.org)

5. Kenny Chesney: Country music’s stadium concert king was scheduled to perform in Minneapolis in May 2020. Since that postponement and another in 2021, he’s scored two more No. 1 singles (that’s 31), including “Half of My Hometown ” with Kelsea Ballerini and “Here and Now”, the title track of her current album. His usual stadium marathon has a packed lineup with Carly Pearce, whose “29: Written in Stone” was one of the best country albums of 2021; Dan + Shay, who smashed it at Target Center last year, and Old Dominion, the “One Man Band” hitmakers who opened for Mr. No Shoes in 2018 at Vikings Stadium. (5 p.m. US Bank Stadium, Mpls., $38-$475, ticketmaster.com)

6. Maverick City Music and Kirk Franklin: Franklin is the uncrowned king of modern gospel music and Maverick City Music are the hottest newcomers. The hyper-prolific Atlanta collective has released 11 albums – yes, 11 – over the past three years. This led to the GMA Dove Awards for Best New Artist and Best Cult Album for “Old Church Basement”. This record earned him the Grammy for Best Contemporary Christian Music Album. MCM teamed up with Franklin on their latest project, “Kingdom Book One,” and for a memorable performance at this year’s Grammy Awards. With Jonathan McReynolds and Housefires. (6:30 p.m. Xcel Energy Center, 199 W. Kellogg Blvd., St. Paul, $36-$220, ticketmaster.com)

Also: “All About It” hitmaker Hoodie Allen went from rap to indie pop-rock (8 p.m. Fine Line, $30-$45); Wisconsin rock veteran Kurt Neumann and his revamped but still solid line-up of the BoDeans line up for the third of three newly offered big gigs in the sprawling grounds outside one of Minneapolis’ top breweries ( 7 p.m., Utepils Brewery, $30-$100); Twin Cities showman Dennis Spears does his always charming and dramatic thing (6 p.m. Crooners, $20).

8. Khalid: The Grammy-nominated Texas electro-R&B crooner of “Talk” performs the first major concert in Commons Park outside US Bank Stadium in conjunction with the MLS All-Star Game. But the show is not just for football fans and actually comes at a low price. That’s good news for all the kids who packed Xcel Energy Center and drained their phone batteries for his last local gig in 2019, when he blasted through 30 songs – including “Young, Dumb & Broke” and “Location ” – in 100 minutes. He is relaxed but very charming and talented in concert. (7:30 p.m. at the Commons, 425 Portland Av. S., Mpls., all ages, $25, seatgeek.com)

10. Sharon Van Etten, Angel Olsen and Julien Baker: In a perfect (and perhaps less sexist) music industry, these three captivating and ever-evolving singer-songwriters could fill Surly Field all on their own. But they do a great trifecta together on the so-called Wild Hearts Tour. Van Etten and Olsen each released one of the most acclaimed indie-rock albums of the year, addressing the chaos of the past few years with dramatic songs about healing and inner peace. Olsen’s “Big Time” in particular is a near-masterpiece. Look for these two longtime cohorts to team up on stage. (6 p.m. Surly Brewing Festival Field, 520 Malcolm Av. SE, Mpls., $50, axs.com)

Also: Threat-voiced “I’m the Only One” rocker Melissa Etheridge is touring behind last fall’s “One Way Out,” featuring late ’80s/early ’90s material that never got any better. been covered on other albums (7 p.m. Canterbury Park, $35-$55); Soul singer/guitarist Raul Midon delivers pop and light jazz on his latest “The Mirror” (7 p.m., The Dakota $40-$45).

Rob Hubbard contributed to this column.