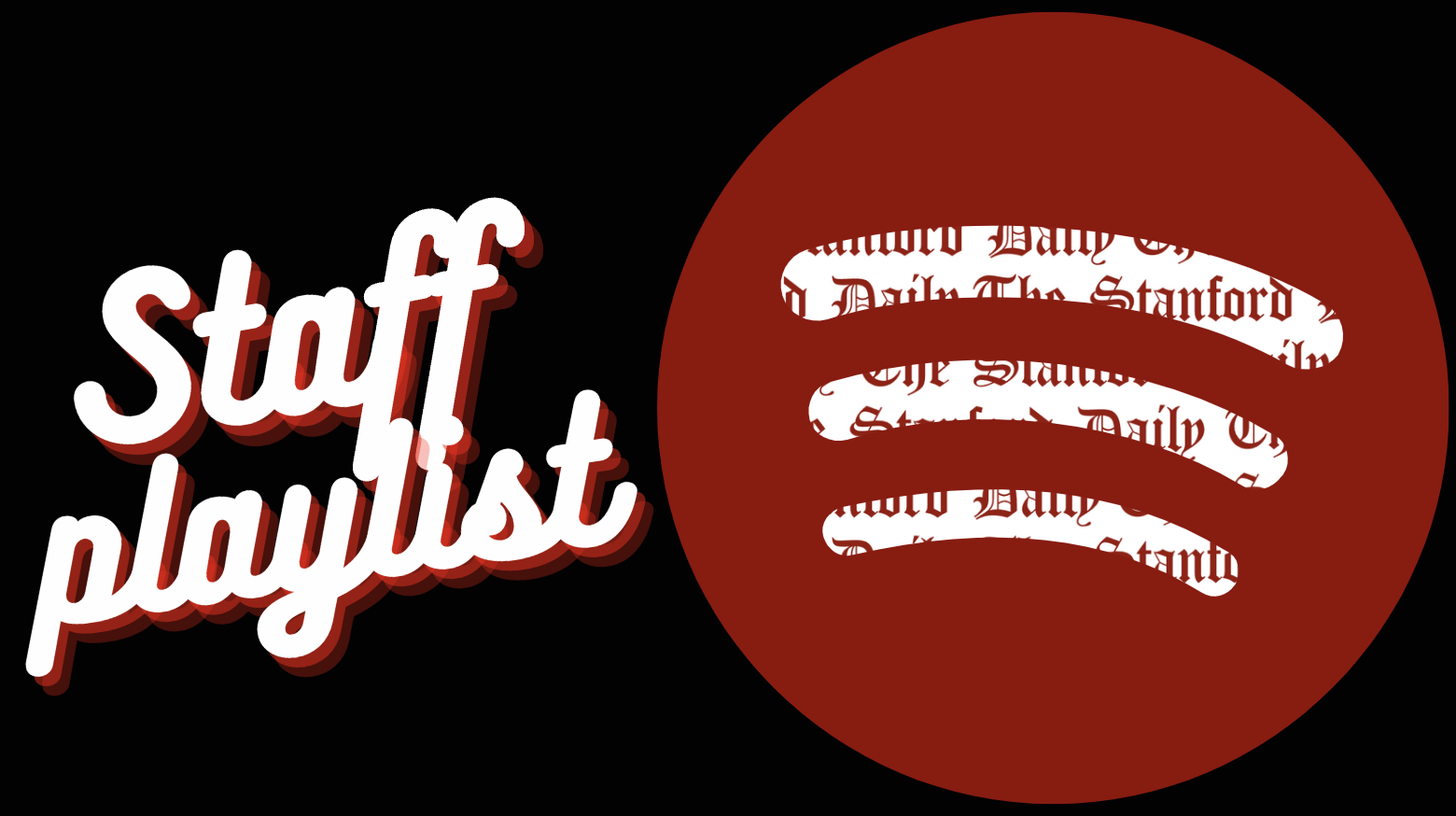 The Daily Takes the Aux: Choice of April Music Staff

Don’t know what to listen to? The Stanford Daily is here to help. We’ve compiled a playlist of our staff’s latest jams. Listen to our favorite reading list, and check out our article and Podcast episode to learn more about the recommendations.

This song was sent to me by one of my most musically talented friends. It has by far the coolest sound mix I have ever heard in a track. It combines about four different rhythms in three minutes. To me, this song tastes like pink Starbursts and feels like sunlight on my skin. I could (and do) listen to it 50 times and still find something new to like.

To all the Pond fans out there, I know I’m late for the game. As a recent Pond listener myself, looking to expand my modern psychedelic music beyond the realms of Tame Impala, I can safely say that this song is the best place to start. I honestly don’t know how I haven’t heard this beautifully cinematic piece of kaleidoscope music in a film montage before.

If you like Steve Lacy, this one’s for you. The sound of his sweet guitar riff throughout the song combined with Fousheé’s angelic voice is soothing enough to make me forget about the semester I should be studying for. Plus, there’s a sick interjection in the middle with Lacy trying to figure out which chord to play. Don’t take my word for it though; listen for yourself and tell me what you think.

I discovered Kinsley’s music the day before I arrived at Stanford and have been waiting ever since. “Hills of Fire,” a dynamic alt-pop track and his first single of the year, serves as a parallel to Kinsley’s viral TikTok song “The King,” which was released on his 2021 EP of the same name. While “The King” serves as a reflection on the past and embraces a new era of self-discovery, “Hills of Fire” takes a turn – it represents moving into the unknown, having felt the heights of being on a pedestal. My sophomore year was a hectic one, and the repetition of the lyrical question “We drive through hills of fire, can we get through this?” is something I resonated with.

I discovered Coeur D’Alene through Spotify’s recommendation feature. Although it has a French title, this indie song is in English. It’s very jovial and it makes me happy while I cycle through the stress. I recommend listening to it.

Off his latest album, “No Good Reason” oscillates between falsetto and distorted Apollo. Combined with the funky beat, the repetition throughout the pre-chorus and chorus makes this production effortless, and it parallels the artist’s growing prowess in the indie music scene.

Grace Abrams — “We feel like” (recommended by Andrea Liao)

It’s a song about the beauty of friendship: Gracie and her friend Audrey (who is mentioned in another song, “21”), take the train from New York to Connecticut to see a movie. I love this piece because it reminds me of something similar I did with my best friend.

“HELL/HEAVEN” is an ethereal masterpiece. The combination of keshi’s angelic vocals with otherworldly instrumentals and intense lyrics delivers an intoxicating song that I can listen to on repeat for eternity. It’s a short track that somehow manages to make the listener feel like they’re ascending into another reality.

Everything Flo Milli touches turns to gold, and this remix is ​​no exception. I first heard this song while searching his discography for other tracks to add to my playlist, and was instantly transported to my high school dance music phase. I haven’t stopped listening since.

I’ve been listening to Conan Gray for a few years now, but this song stuck with me with its sheer intensity and raw emotion. I found it amazing to listen to when I put it on the ground in the car (for legal purposes, within the given speed limit, on the highway).

“Only Yesterday” is a confusingly beautiful (if a bit sad) song, and it helps me deal with stress and anxiety. I’ve been listening to The Carpenters since sophomore year in high school, when I discovered them on Spotify. They’re a 70s pop/easy listening sibling duo known for their deep, soulful vocals. Most people know their hit, “Please Mr. Postman.” I recommend them to everyone!

Frannie B. — “Designed for You (Avengers)” (recommended by Vanessa Chen)

I recently started listening to this song when it appeared on Discover Weekly (a playlist of recommended songs on Spotify). I think it’s really cool how they have incorporated a Marvel theme throughout the song, and it’s pretty catchy too!

Not much is known about Texas-based rap artist Bashfortheworld other than the fact that his music has cultivated a niche. Unique flow and delivery combine with refreshing samples as Bash delves into topics of self-doubt, personal growth, and his hometown roots in this powerful track.

George Clanton — “Do It Forever” (recommended by Brandon Rupp)

Built on a loud riff straight out of My Bloody Valentine’s “Loveless” playbook, this track is a seamless combination of chillwave, hypnagogic pop and shoegaze styles. George Clanton brings it all: a perfectionist approach to production, explosive (and addictive) drumming, and a huge melody, all in just over three minutes.

“54 Cymru Beats” opens like an early arcade game: an 8-bit riser alerts you to what’s to come. From there, the 6-minute drill-and-bass odyssey showcases the meticulous programming of Richard D. James. There’s a vibraslap, for some reason, and a robot voice repeatedly says “mummy bear”. Why not?

I became obsessed with this song just five seconds later. The lyrics to “Lola” are cutesy enough to hook up quickly without being sugary, and the heavy guitar stabs bring a new layer to Latour’s age-old bubblegum pop. In rehearsal.

It was my older brother who introduced me to this song, and I have been listening to it non-stop for a few days. The lyrics don’t make sense, the chords are very pop and simple, but it’s so bop. 10/10 would recommend.

Sometimes I feel nostalgia for the moments before they were over. This song perfectly encapsulates that feeling, while also leaving room for fears of youthful mortality and death. Listening to his soft vocals and warm guitars is like the soothing burn of a hot shower.

Voxtrot — “The Beginning of Something” (recommended by Kirsten Mettler)

Warning: this song is dangerously fulfilling for those with main character syndrome. The rhythmic beat and artificially vintage feel are perfect for strutting down the street and feeling your sneakers click satisfyingly down the sidewalk.

Alfie Templeman channels an energy of pure joy and carelessness in his latest song. “Colour Me Blue” makes me sing along with its joyful and rhythmically complex chorus every time I listen to it. The track is a cheat code to instantly make someone happy and excited about the day regardless of the challenges ahead.

Editor’s note: This article is a review and contains subjective opinions, reflections and criticisms.

Music concerts to attend in Sydney in May