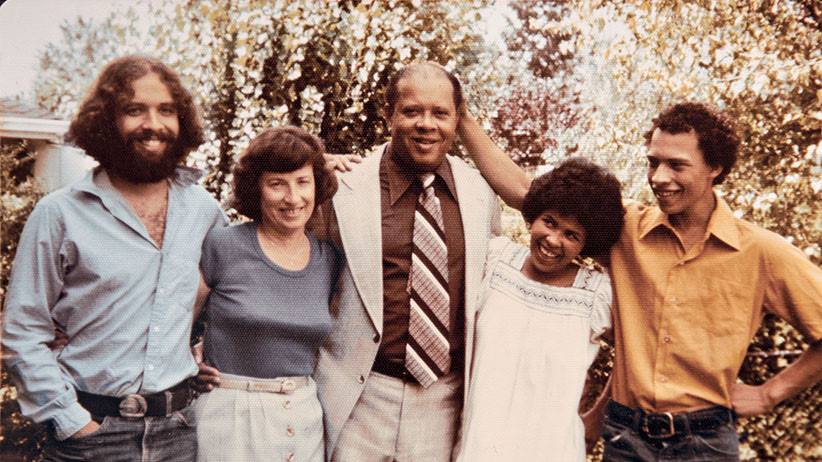 CARAS’ mandate includes promote diversity, equity, inclusion and fight against racism within the organization and its Canadian Music Hall of Fame, but the only immediately visible person of color in the HoF over 40 is Oscar Peterson. In the face of this apparent oversight, the last 18 months have seen countless pleas push the name of Dan Hill, a Canadian artist whose songs have appeared on a string of recordings by top singers that have sold $100 million. copies.

Inexplicably, his record counts for zero, or so it seems. The Academy’s New Initiative with the Juno Awards Celebrates Black music in Canada. Good idea, right? Well, not if your name is Dan Hill. Well aware of the lobbying for Hill to be included in HoF, CARAS conspicuously and notably excluded Canada’s most covered songwriter from its list featuring the luminaries of black music in Canada. You could say it just doesn’t have the funk, but surely black is black and that’s it?

And before anyone takes it the wrong way, it’s not about racial bias. Let’s not forget that it took a thousand phone calls, an avalanche of e-mails and three years of behind-the-scenes lobbying for the Academy to recognize Bobby Curtola and Jack Scott, two particularly successful pioneers who should have been easy to grasp but were anything but.

the Canadian Songwriters Hall of Fame seems to be doing the right thing by inducting a series of artists over the course of a year and celebrating their art online, but the CARAS initiative leaves out too many, especially if they don’t have a contemporary profile. CARAS Hall certainly can’t just be a hangout for those who are still working and touring. There must be a middle ground where those who innovated in earlier eras receive their just reward. And there certainly needs to be some transparency in the process of recognizing Canada’s greatest musical legacy.

It should be noted that the singer-songwriter is in no way pressing the Academy for any honor. Lobbying is done at arm’s length by recording artists and former industry executives he’s been involved with over the years, led by Jeff Burns who first signed him.

Oscar would surely shake his head in disbelief.

– Independent artists who want to get a head start on streaming and social media platforms should be aware of Distinctive Promo, a music services company offering an à la carte menu that targets the delivery of music to playlist curators, college radio programmers, music bloggers, top club and radio DJs, and the industry in North America and worldwide through affiliates. What separates Distinctive from CD Baby, TuneCore, DistroKid and others that deliver to DSPs is Distinctive’s roster of tastemakers and the service’s options for increasing visibility through targeted online marketing. With up to 60,000 tracks on Spotify et al, you have to find a way to get noticed and have notable influencers pushing you to the fore. Former ZipDJ co-owner leads Canadian branch of Distinctive Promo Kevin Unger. For more details: [email protected]

The Juno nominees will be announced March 1 during a live CBC television broadcast from Budweiser Stadium in Toronto on May 15.

– Freelance artists should also be aware of and read a 20 page report issued by The National Association of Student and Community Radio tackle issues related to the increasing complexity of managing campus radio in the digital age, including topics such as broadcast formats, distribution channels, and costs. It’s enlightening reading and kudos to the organization for digging deep to find consensus in an often unruly environment.

– Julian Taylor is bigger than King Kong in Toronto – at least if you walk downtown near the Eaton Center where his picture is displayed on a huge lighted billboard bought and paid for by Spotify. During Black History Month, acclaimed singer-songwriter Friends with Everyone is curating a new Afro+Indigenous playlist, per a request made to the streamer “to honor his own heritage.”

– Snoop Dog a snagged the Death Row Records brand previously acquired by Chris Taylor when he was Entertainment One Music’s top dog before the division was sold to Blackstone Investments-managed MRNK Music for $385 million about a year ago. Snoop was one of the founders of the pioneering American West Coast rap label. The deal doesn’t immediately include rights to the label’s catalog, but it’s been reported that it’s set to strike a deal to acquire the catalogs of itself and other Death Row artists from MNRK. .

– Michael Barclay, author of the 2018 bestseller The Never-Ending Present: The Story of Gord Downie and the Tragically Hip and co-author of Have Not Been the Same: The CanRock Renaissance 1985–95, published a new book on the 26th April, titled Hearts on Fire: Canadian Music 2000-2005.

– Bill King’s Speak! Flight. 3 receives praise from Scott Yanow in LA Jazz Scene’s Jazz around town…”Even jazz experts will find much to learn from these interviews, each of which provides a colorful insight into the humanity of these brilliant musicians.” The book contains interviews with 55 musicians, including Ahmad Jamal, Artie Shaw, McCoy Tyner and Dave Brubeck.

– For those unfamiliar with Howard Rosen, he’s a Los Angeles-based indie music promoter whose Canadian client list dates back to when Martha and the Muffins were puppies and Solid Gold Records was everywhere in the charts with a series of hits from Toronto, the Good Brothers and The Headpins. It lasted longer than most and continues to lead the battle with radio stations in the United States to this day.

Howie holds a contest, presumably to attract new business, but the story doesn’t matter. Importantly, it is launching an unsigned acts contest with a grand prize that includes a free 6-week US Top 40 terrestrial radio campaign on Mediabase Activator and Billboard Indicator stations with a weekly report on the campaign progress, 2 hour consultation with Howard Rosen Promotion, a submission to the Hollywood Music in Media Awards, 1 full day on a 20’x30′ billboard in Times Square New York, 6 weeks of social media from Miles High Production to promote the artist’s new single/video and tour dates, and a full- blast Jones & O’Malley press release. The deadline for this prize pack is March 1st.

Email an original song (along with a biography and photo if you have it) and your contact details to: [email protected]

– And on a sad, belated final note, UMC and many friends in Western Canada mourn the death of 20-year label representative Greg Blackmore, who passed away suddenly last month at the age of 62. Artists as varied as Johnny Reid and Arkells were moved to offer tributes, and UMC CEO Jeffrey Remedios released a lengthy statement noting that the company is “deeply fortunate that Greg has shared his talent and his time. with us as part of our promotional team and the UMC family for much of his impressive career. There was no one like Greg, and his absence will be deeply felt. Unfortunately, not knowing the man, FYI wishes to acknowledge the fact that Greg has obviously touched many people and wishes his immediate family the best in a time of great grief.

How tall is Snoop Dogg?