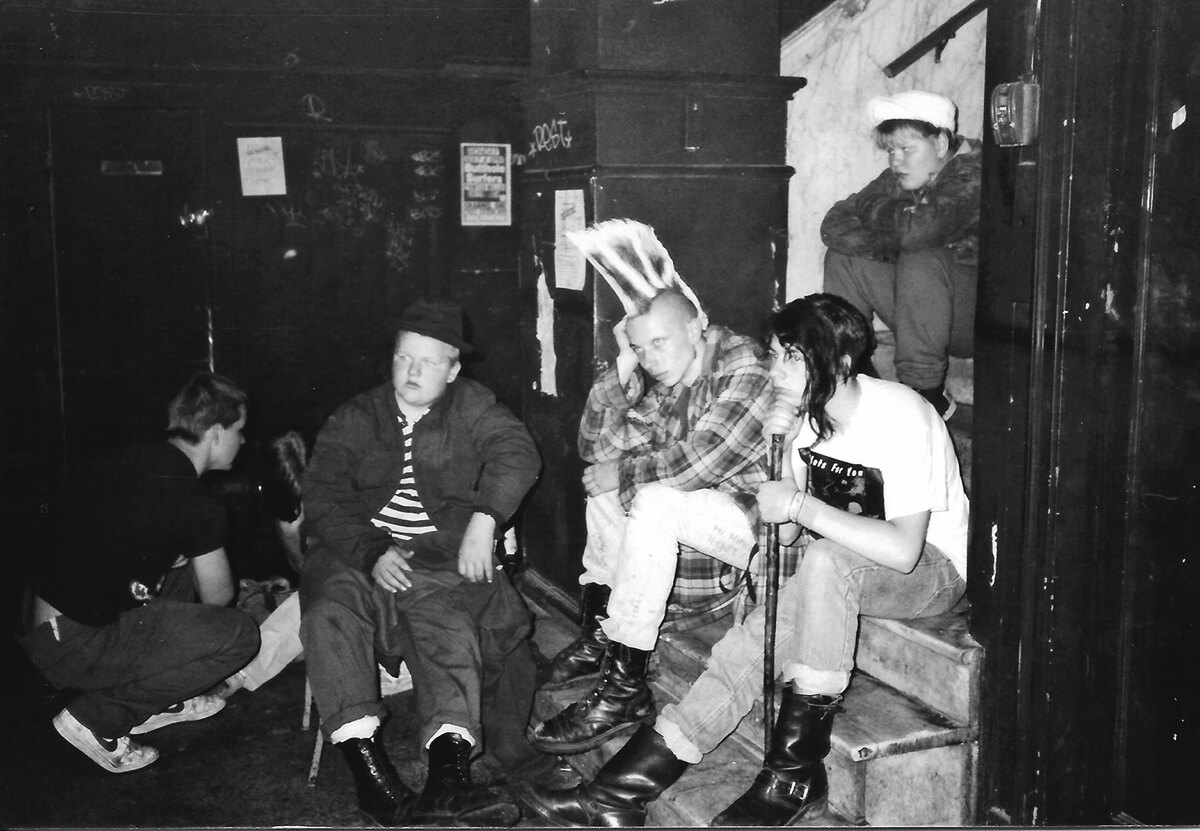 The Marble Bar, haven for punks and misfits, closed for good 35 years ago

original name Hotel Kernan Named after its builder, theater magnate James Lawrence Kernan, the Hotel du Congrès was built in 1903 to cater to fans of musical theatre. The six-story French Revival-style hotel had 150 sumptuously appointed rooms and an art gallery. Two underground tunnels housed a Turkish bath, hair salon and swimming pool, and connected hotel guests to the adjacent Auditorium (now the Mayfair Theatre) and the Maryland Theater (demolished in 1951), both owned in Kernan. A shrewd developer on par with PT Barnum, Kernan billed his hotel and theater complex as a “triple million dollar business.”

Taking advantage of the steady influx of German immigrants to the United States, Kernan converted the basement of the hotel into a rathskeller, a traditional German beer hall. Nicknamed “the bear pit” after Berlin’s mascot depicted on the German capital’s coat of arms, it was the city’s first real nightclub. The Great Depression saw the decline of the grand downtown hotel era. In 1932, the Penn Mutual Life Insurance Company bought Kernan’s Million-Dollar Triple Enterprise at a bankruptcy auction for a mere $225,000 and reopened it a year later on October 5, 1933, under the name of The Congress Hotel.

By the 1970s, Congress had slipped into flophouse status, its single-occupancy rooms renting for less than $5 a day. In 1977, brothers Angelo and Samuel (“Sam”) Palumbo, a draftsman with the city’s housing department, purchased the property. In 1979, the brothers racked up 174 housing code violations, including citations for lack of working smoke detectors. A contemporary article in The Baltimore News-American lamented that “Congress has grown increasingly crummy, like an old movie star out of luck.”

“Pretty much a flea hotel,” is how jazzman Scott Cunningham remembers Congress. In 1976, when Cunningham was looking for a venue for his eponymous jazz band, not only the hotel, but also its surroundings had become unstable. Sam Palumbo showed Cunningham the Galaxy ballroom on the lobby level, then the dust-encrusted bar in the basement. Peering through the patina of grime, Cunningham spotted potential in the subterranean space. He wasn’t wrong. Once they removed the vinyl panels covering the wall behind the bar, it revealed the space’s original rathskeller-era oak paneling and mirrors. But the biggest win turned out to be the bar itself. Scrubbing away decades of rust-colored soot, Cunningham and his aides unveiled the crowning glory: a spectacular 72-foot-long bar carved from white Italian marble. Cunningham had found his place and a name: the Marble Bar.

To create word-of-mouth and a following, Cunningham distributed flyers to the nearby University of Maryland Medical School and offered free admission to students. The Scott Cunningham Band played there several nights a week while Cunningham worked with a promoter to book an eclectic mix of acts, including Muddy Waters and Talking Heads.

The Marble’s loyal clientele would be cemented by Cunningham’s successors, Roger and LesLee Anderson. In 1974, Roger, a bluegrass and rock ‘n’ roll player from Kentucky who grew up in West Baltimore, was also looking for a venue for his band, Clear. Engineer by day, he had met Sam Palumbo on a project for the city. The two hit it off, and Palumbo offered her the Galaxy Ballroom. For three years, Roger’s band performed in the ballroom on the lobby level of the hotel.

Meanwhile, in the basement, the Marble was struggling. The Spartan space lacked heat in the winter and air conditioning in the summer. The construction of Franklin Street cost the bar its precious parking lot. Cunningham closed it in 1978 and Sam Palumbo handed over the keys to the Andersons, asking them to manage and lease the space.

At the time, the Andersons were excited for a move to California that they had never made. Before sealing the deal, the couple met Palumbo, who LesLee said treated her like she was invisible. Furious, she returns home and lays down the law. “Before I go there and work, he will respect me. And that’s all there is to it,” she recalled saying. Thereafter, she led the two Palumbo brothers with a mix of modern feminism and old-school charm.

Soothing the brothers’ periodic outbursts proved the least of the Andersons’ challenges. Crowd-pleasing disco bands were expensive, with some having as many as nine musicians, a serious consideration given the pair had to pay for the talent out of pocket. In addition to the award, Roger despised disco. The alternative: bring in a fresh new sound that wouldn’t cost a lot. “And punks march,” LesLee recalls with a laugh.

Although Roger was initially against booking punk acts – he turned down the police – he was eventually won over. Da Moronics and Judies Fixation were the first reserved punk bands. Off the Wall and The Slickee Boys played Marble once a month, drawing crowds that LesLee said “kept us afloat.”

LesLee recalls Roger saying, “’These kids, they’re playing three-chord music. And they have the time of their life. I will book more of them…as long as they do the right thing.

To many people’s surprise, the children did well. Roger made sure of that.

“No one played with Roger,” says Wilcox, lead singer of Rock Hard Peter. “I remember him breaking up an entire group, whether they were moshing too madly or whatever, with a two-by-four. Things pretty much calmed down after that. He ruled with an iron fist and a heart of gold.

“ROGER AND LESLEE GAVE BIRTH TO A SCENE THAT EMPOWERED PEOPLE TO BE FREE AND TO EXPRESS THEMSELVES.”

Roger took a personal interest in the young artists who flocked to the bar, buying instruments for budding musicians who couldn’t afford to buy their own, and even allowed graffiti in the hotel’s former barbershop. , then used as the main entrance to the bar. According to LesLee, “Roger always said, you give kids art and music at a young age, and it will save their lives.”

Under the Andersons, the Marble Bar became the place to listen to punk music. Stiff footsteps led the club kids from the street into a blanket of darkness, the only light coming from the stage and behind the bar. The cavernous atmosphere fostered a sense of self-reliance. And freedom. Flooding the dance floor, patrons sported styles ranging from mohawks to dreadlocks, many of them dancing with themselves. It was a dungeon for some, a sanctuary for others.

LesLee has fond memories of how Roger used comedy to empty the bar at closing time. “He would say things like, ‘It’s not your mother’s womb, so don’t get too comfortable.’ Or what would really make them run out the door: “All virgins can stay.”

The last call at the Marble may have been at 2 a.m., but for the Andersons, running the club was a 24/7 labor of love that extended across the country. home to fashion shows, art exhibits, poetry readings and even rock ‘n’ roll flea markets. .

“We didn’t have kids,” LesLee explains. “We weren’t very extravagant people. We just put everything back in the bar – bigger shows, more music, national acts.

LesLee, a musician and songwriter herself, had barkeeping in her blood. His family owned Nelson’s, a local watering hole in southwest Baltimore. At The Marble, she wore many hats, including running and maintaining the bar, booking acts, and acting as surrogate parent for many young punks. “They used to call me mum, all the little punk girls out there with their little black lipstick and their black rouge. They would all call me mum, a whole pocket of them. They still call me mum.