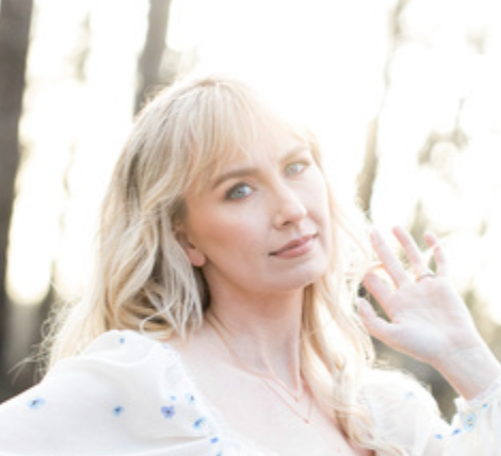 Emily Shackleton is a singer-songwriter who lives and works in Music City. She will be in Moose Jaw on April 29 for a visit with high school students and a performance at Mae Wilson

Emily Shackleton is a singer-songwriter who lives and works in Music City. She will be in Moose Jaw on April 29 for a visit with high school students and a performance at Mae Wilson.

Shackelton is part of the four-person lineup for Music Row at the Mae, an event River Street Promotions organized to raise money for the mental well-being of young people in the Prairie South School Division (PSSD).

The money River Street Promotions donates to PSSD is used for a fund that brings new mental wellness programs and activities to both school divisions in Moose Jaw.

On April 29, Emily Shackelton, Victoria Banks, Phil Barton and Jeff Cohen will spend the morning with students at Peacock Collegiate Auditorium before heading to Mae Wilson, where they’ll talk about how they write their song. They will execute them too, of course.

Tickets are available on Sasktix.ca and are going fast.

Shackleton said she was “secretly not so secretly” the most excited for the gig at Peacock with the students. She has played at Mae Wilson before – this will be her third time at Moose Jaw.

“I’ve always loved the theater show (Mae Wilson), can’t wait to do it again. That’s really what I do,” she said.

“But, especially in this time of the world,” Shackleton continued, “and how important mental health is, and wholeness and well-being is for everyone… It’s so exciting that high schools are open to have us and we hope and pray that this music will have a great impact on children.

Shackleton said that if a concert like this had come to her high school, it would have been profound for her and would have shown that it was possible to make her dreams come true.

“I always wrote songs, I always knew I wanted to be a singer and a songwriter.”

Shackleton graduated from Berklee College of Music in Boston, Massachusetts. She won the BMI John Lennon Songwriting Competition there.

Her teachers encouraged her to move to Nashville, Tennessee, known as “Music City,” where she has lived for 15 years. Many of his songs have been heard on TV shows such as Nashville, american idoland Dancing with the stars.

Among her hits is “Every Little Thing” by country musician Carly Pearce.

The songwriting process is a combination of study and inspiration, Shackleton said. She has a degree in songwriting and has worked her entire career in the music industry. However, she said most of her favorite songs just came to her.

“It’s still a bit like trying to find out what’s already there. As if the song was already in the universe… at least the best ones flow that way.

Many of her other favorites were co-written, often with the same colleagues she will join at Mae.

Shackleton hopes this year’s show at the Mae, the first since the pandemic, is bigger than ever and that many students will benefit from the money raised.

She said she hopes “to shed light on the fact that it’s okay to not be well and to ask tough questions and to get help, and to ask for help when you have it. need”.

His music can be found on Spotify, Apple Music and YouTube.

M(h)aol on using their songs to expose misogyny