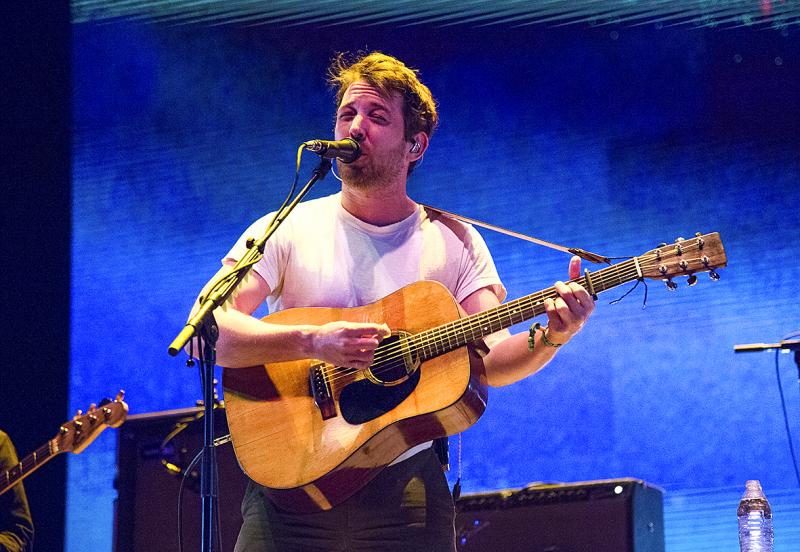 The Fleet Foxes’ “White Winter Hymnal” was never meant to be a Christmas song, but it’s now

There is no mention of holidays or Christmas in the lyrics of the song White Winter Hymnal. Or winter, for that matter. There is a reference to the snow, which has turned “red like strawberries in summer” – presumably, with blood.

Nonetheless, the song has become a modern holiday standard, sung by children’s choirs in countless school assemblies. Its plays on Spotify – over 180 million for the two most popular versions – increase on Christmas Eve.

The story of White Winter Hymnal is a reminder of how songs can take journeys into public consciousness that even their composers cannot comprehend.

â€œThe universe has a sense of humor. Sometimes it’s just these little cosmic vagaries, â€said Robin Pecknold, who wrote it at the age of 20, sitting on a couch in his parents’ house while The Simpsons played back TV. -plan. He was trying to finish the music for his band’s debut album, Fleet Foxes.

Pecknold estimates it took about 20 minutes.

The result is a composition of simple and ethereal beauty. It consists of a single verse, sung three times in a round or perpetual canon style, with several voices repeating the same melody at a different starting point (“I was following the …”)

The melody climbs to a peak and then tumbles, just as the song’s character, Michael, falls in the snow. In less than two and a half minutes, it’s done.

White Winter Hymnal was noticed in the alternative rock world when it was released in the summer of 2008. Pitchfork magazine named the song its second favorite track of the year, with reviewer Stephen Deusner writing, “Its significance may remain. blurry after so many plays. – something about the passage of the seasons – but its charm remains as strong as ever.

Aspiring actor John Frank Lyke was so obsessed with White Winter Hymnal that he made a homemade video featuring a couple walking through the woods through freshly fallen snow. They arrive in a clearing overlooking Lake Champlain and when Pecknold sings the word “Summertime”, the scene abruptly changes the season. Bathed in hot sun, the couple jump into the lake.

The song “has that kind of magical winter wonderland feeling,” Lyke said. “It reminded me of midnight mass when I went with my family.”

Pecknold didn’t have the holidays in mind while writing. But other artists began to cover White Winter Hymnal and one, Kim Wilde, put her version on a 2013 holiday-themed album. Pentatonix did the same a year later for her album, That’s Christmas to Me. .

In some ways, the song changed both context and ownership: Google “White Winter Hymnal lyrics” and it is described as “a song by Pentatonix”.

The performance of a vocal group with a young audience drew his attention to conductors around the world.

â€œWhen choirs do it, it’s so lovely to me,â€ Pecknold said. â€œIt’s kinda heartwarming when someone says to me, ‘I’m at my kid’s recital and they’re doing your song,’ and they’ll send me a video. It’s really lovely, to think it’s living. in this world Nothing beats that.

When Pecknold checks the Spotify metrics for his song, the coins tend to rise with the onset of fall, hitting their outsized peak on Christmas Eve and then dropping dramatically.

WHAT IS IT, THEN?

â€œHoliday songs tend to lean towards a certain type of musical nostalgia, referring to the palette of acoustic timbre of the canon recorded during the holidays, from Bing Crosby to Eartha Kitt,â€ said Nathaniel Sloan, musicologist at the University of Southern California and co-host of the “Switched on Pop” Podcast. â€œThe folk-acoustic sound of Fleet Foxes is well suited to these nostalgic tones.

Plus, the song goes back to Christmas traditions deeper in its vocal Christmas carol-like approach, with its layered melodies stacking on top of each other, â€Sloan said.

Then you listen carefully to the lyrics:

“I was following the pack, all engulfed in their coats with red scarves tied around their throats to keep their little heads from falling in the snow, and I turned around and there you are, and Michael you were falling and turning the snow white red like strawberries in summer.

One theory on the internet is that the White Winter Hymnal is about beheading, with the red scarf being a supposed reference to the French Revolution. Michael is led to the guillotine.

Could this be true? What is the song about anyway?

â€œAnother funny aspect,â€ he said, â€œis that it’s vaguely nothing about anything.â€

A common theme of the songs about the early days of Fleet Foxes was to keep family and friends together as people grew and changed, and that was on his mind when he wrote. While he concedes that the most literal image may be a boy falling from a hill and dying, Pecknold said the song is certainly NOT about beheading.

â€œThe words being vaguely dark kind of cut off the sweetness of the melody,â€ he said. â€œThis dissonance was interesting. At this point, I’m writing songs in the hopes of having to defend them somehow. But at the time, I certainly wasn’t.

“THE JOY OF PERFORMING”

The ambiguity and potential obscurity certainly make for a screeching start, Sloan said. While heartache is a common theme for some holiday standards, most evoke a warm sense of family and good humor.

However, he expects “White Winter Hymnal” to be durable.

“Not only is it a pleasure to listen to, but it is also a pleasure to play – the chord structure is relatively simple and easy to learn, the unique vocal lines lend themselves to group singing, and the repetition of the lyrics allows anyone to easily join and sing along with them, â€Sloan said.

The song receives more attention every year; Spotify said it aired 30% more in September and October than last year, almost to previous December levels. The Pentatonix recording provided Pecknold with a boon as a songwriter which he largely reinvested in music. This season it is used in advertisements for the Spanish Lottery. The earning potential is only shown to increase.

Pecknold marvels at the randomness of it all.

â€œThat’s what’s funny about it – spending years making music, writing songs, thinking it’s all about hard work and putting in hours,â€ he said. he declares. “To a large extent it is, but someday you’ll get that random scratch card and find the song that ends up, somewhat by accident, being your best known.” Fleet Foxes has just released a new album, A Very Lonely Solstice, a live recording that features songs meant to evoke a seasonal vibe without explicitly talking about the holidays.

White Winter Hymnal, however, is not included.

â€œIt’s a Christmas song at this point,â€ Pecknold said with a laugh.

Comments will be moderated. Keep comments relevant to the article. Comments containing abusive and obscene language, personal attacks of any kind or promotion will be removed and the user banned. The final decision will be at the discretion of the Taipei Times.