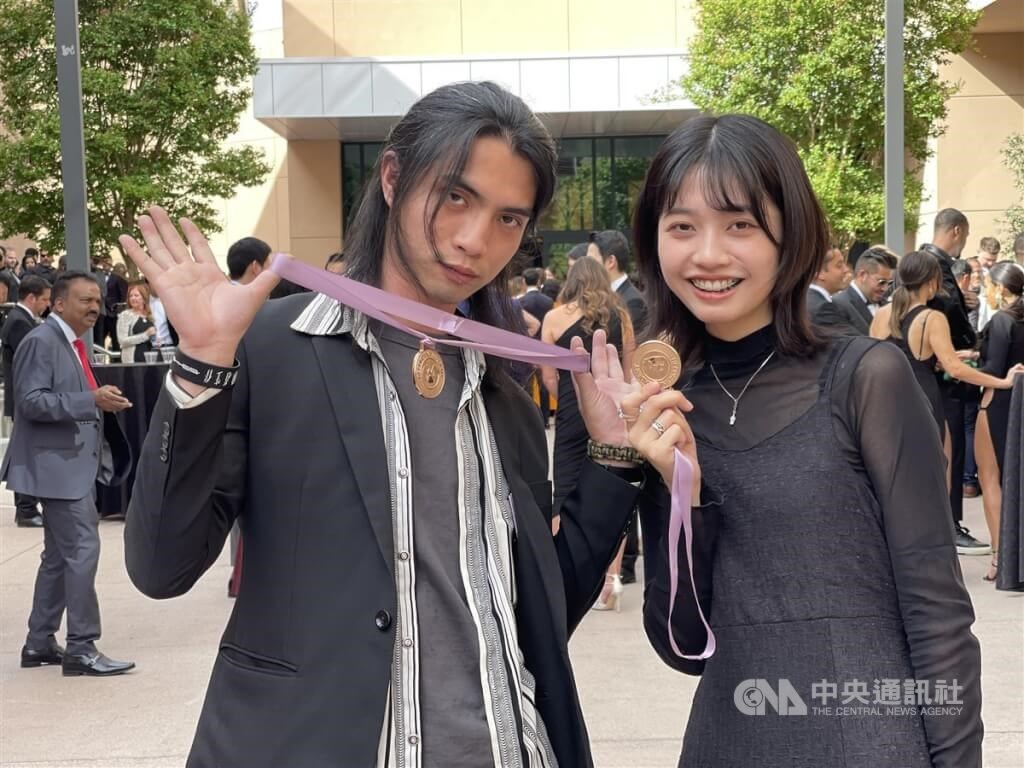 Las Vegas, April 3 (CNA) Half of the design team behind the cover of “Pakelang” (八歌浪), winner of the best recording package at this year’s Grammy Awards, said they hope success would attract more listeners to Taiwan’s independent music scene.

Li, 35, who runs a private studio in Taichung focusing mainly on commercial design, said he was often caught working on projects for independent record labels.

“When you help design an album like this, you do it with your life,” Li told CNA.

As the former guitarist of local indie band Out of Survive (適者生存), Li said he understands the challenges musicians outside the mainstream music scene face when it comes to marketing.

With a background in design and recommendations from musician Chen Hsin-hung (陳信宏), the Taiwanese said he often helps design album packaging.

As a former musician, Li said he hopes to promote the independent music scene through design.

“Because the independent music scene has a smaller audience, everything has to be done diligently,” he explained, noting that the conception, recording and mixing of “Pakelang,” for example, took two years.

Li said he strongly believes that the visual design of an album can also add value to his music.

The packaging of “Pakelang” features an abstract depiction of Taiwan’s coastline and coastal waves.

According to Wind Music, which produced the album, the design was inspired by Falangao, a Friends village located by the sea in Taitung County, eastern Taiwan.

“If this album can be presented internationally because of its packaging design, it will allow more people to see it and learn that Taiwan is a country with enormous creative energy. I think the design can create very significant value in music,” Li added.

Meanwhile, 23-year-old Yu said after the awards show that she started as an intern at Li’s studio while still in college.

She talked about her passion for design, explaining that she could work days on a project without getting tired.

“There are definitely stressful times, especially when it comes to projects that need to be rushed. But when they’re done, you forget the pain you’ve been through,” Yu said.

Li and Yu faced off against four other contenders for the Best Recording Package award on Sunday, including fellow Taiwanese designer Xiao Qing-yang (蕭青陽), who was nominated for his work on the “Zeta” album.