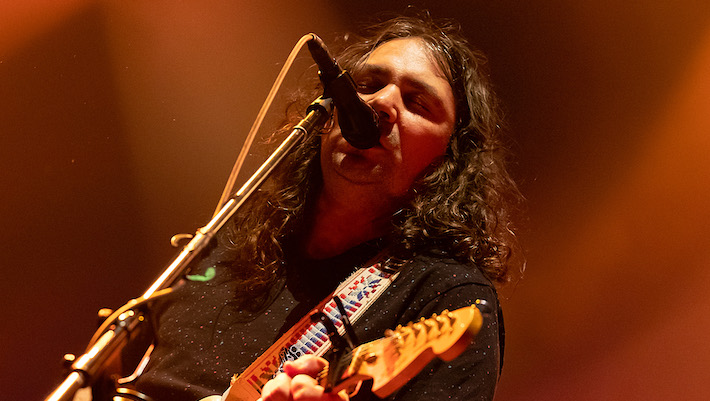 At the end of 2021, beloved indie rockers The War On Drugs suddenly returned with a brand new album, I don’t live here anymore. It was one of the best albums of the year, and fans were eager to hear the band live again after a long hiatus. And although they initially announced a full tour with plenty of openers, they made the difficult choice to cut the opening acts. In a long post on the group’s website today, Leader Adam Granduciel shared his thoughts on the changes and other precautions the group is taking due to the recent wave of the Omicron variant of Covid-19. Check out some of his thoughts below and stay safe!

Hi everyone, just wanted to give a quick update on our US tour which starts in Austin on January 19th.

First of all, we are disappointed to report that due to the Ontario government’s indoor capacity restrictions, our shows in Toronto on February 5 and 6 at the Queen Elizabeth Theater have unfortunately been canceled. Automatic refunds will be issued to all ticket holders within the next 30 days.

We’ve always loved playing for you in Toronto and spent some of our most memorable evenings there as a band – playing ‘like a hurricane’ at Massey Hall in 2017, the power outage an hour before our concert at Lee’s Palace in 2014, playing two sweaty, sold-out horseshoe taverna shows, the massive Slave Ambient artwork / showcase that the folks at Soundscapes made for us (which I still treasure). We’re so disappointed to do this, but we promise we’ll make up for it in 2022 (and beyond). The wheels are already moving as they say …

We have added a show in Pittsburgh (February 5) as well as a show in Cincinnati (February 6). Yay! Tickets for these are available on our website. Obviously, we are more than happy with these additions.

We also ask as many of you as possible to wear a mask when you come to see us play this tour, especially if you are in the top (50) rows. I know we’re all on masks but to start it makes me feel more comfortable because now I don’t get embarrassed (and gloomy) when I see you all yawning there but also because we want our fans , our team and our group to stay healthy so that we can honor the commitments we made to each city on this tour. Seriously, we would really appreciate it.

Second, due to this latest wave of Covid and our need to exist in the tightest touring bubble possible, there will be no supporting acts on this race. We know how excited all of the opening groups were for this tour and we sincerely appreciate that they are so understanding.

Lo Moon was to be with us through Atlanta. We met years ago when Charlie was asked to perform on their wonderful, CLASSIC debut album, the moon. We quickly became friends and they will always join us as MAIN SUPPORT on our EU / UK tour in March and April. We are more than happy to travel with them. Their new song “Dream Never Dies” is now available!

Caroline Kingsbury wrote to me out of the blue on Instagram asking me to open our tour when we announced it in July. I had never heard of her but listened to a few songs and knew SHE NEEDED TO PLAY MADISON SQUARE GARDEN. Big songs, big voice. Large hooks. I liked it. Please consult and support her as she passes through your city. I know we’re going to do shows together this year one way or another.

Our friend Rosali from Philly had been going to perform every Midwestern show with us since she moved to quiet rural Michigan. Each of his discs is in strong rotation at one time or another and his last disc, No medium is a real wonder. It makes singing and songwriting easy and effortless. It might beâ€¦ what a life. We love you Rosali! We will miss playing “Birds Of Paradise” and “Because The Night” with you every night: ((((

We instantly became friends with Toronto native Joseph Shabason when we opened for Destroyer in 2011 on the most epic 7 week tour I have ever been on – 6 months ago. ambient slave came out of. Basically Chris Koltay was forcing us to go to Culvers to eat butter cookies and Joseph was dying to go to Culvers. So he ditched the comforts of the Destroyer tour bus and tasted some of the cookies Koltay had ordered “for the table.” Since then, we have been close. Honestly, this guy has a million good records to his name. We suggest you check them all. He also played saxophone on the outro of “Eyes To The Wind”.

Finally, when Shawn and I were tossing our record into some kind of weird porridge at the end of 2020, I remember hearing 3 songs on repeat from his kitchen. Having no luck with Shazam, I asked his wife what I was listening to. It was rough mixes of what would become TOMI’s Sweet, Sweet Honey EP and I fell in love with it immediately. I couldn’t wait to hear him sing these songs on the West Coast but it will have to wait another time !!

Okâ€¦ wow, king of social networks. thank you and we love you all. We look forward to seeing you. It has been a long road. We are more than excited. Take care of each other xoxo