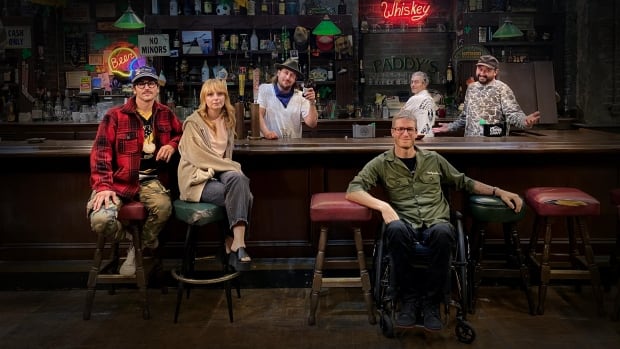 The sounds of traditional string instruments mixed with modern electronic beats and music from around the world will once again fill the air at Birds Hill Park this summer.

The Winnipeg Folk Festival released its first lineup on Friday after a two-year hiatus due to the COVID-19 pandemic, and it brings together an eclectic mix of music from here in Mantioba and around the world.

“I can’t tell you how excited I am. I mean, that’s what we were all hanging on to, wasn’t it?” said executive director Lynne Skromeda in an interview with CBC’s Janet Stewart.

Headliners this year include Portugal. The Man – an indie rock collective from Portland, Oregon – and Australian multi-instrumentalist Tash Sultana.

“Portugal. The man is a huge, huge thing for us,” Skromeda said.

The group won a Grammy Award for Best Pop Duo/Group in 2018 for their single feel it again. Their new single, What worries me? is featured in the release video of the festival-produced lineup.

Sultana, who describes herself as a “fluid multi-instrumentalist, singer-songwriter, producer and engineer”, rose to prominence with the release of her 2016 single Jungle and released their second full album, Landin 2021.

The lineup includes many decorated musicians, with many Grammy, Juno and Polaris Prize winners and nominees.

Colombian-born, Toronto-based artist The music of Lido Pimienta mixes the Afro-indigenous rhythms and sounds of his native country with modern synthpop.

His album 2020 Miss Colombia won a Grammy for Best Latin Rock, Urban or Alternative Album, and her debut album, The High Priestess,won Canada’s $50,000 Polaris Prize in 2017.

The following year, Pimienta presented the same award to another artist at Winnipeg Folk Fest 2022. Operatic tenor and composer Jeremy Dutcher won the Polaris Prize for his Wolastoqiyik Lintuwakonawawritten in the Wolastoq language.

The debut solo album by Montreal singer, songwriter and multi-instrumentalist Allison Russell, outdoor childwas nominated for the 2022 Grammy Awards for Best Americana Album, and is up for Songwriter of the Year and Contemporary Roots Album of the Year at this year’s Junos.

Old-school fans have plenty to get excited about, too.

Blues guitar legend Buddy Guy returns to the festival for the first time in nearly 20 years.

Jerry Harrison, keyboardist of post-punk pioneers Talking Heads, has reunited with guitar wizard Adrian Belew of King Crimson to recreate their work on landmark album stay in the light.

Having these artists on the poster “really speaks to the core of who we are and who we have been,” Skromeda said.

The lineup is also well-stocked with local musicians to check out, including Winnipeg-based theatrical roots musician Boy Golden.

He is joined in the training by a collaborator Fountainfrom the Cowessess First Nation in Saskatchewan, who is making his debut as a solo artist after playing with several Winnipeg bands.

The festival, which normally draws thousands of people to the park north of Winnipeg each July, was suspended in 2020 and again in 2021 due to the COVID-19 pandemic.

Organizers had hoped to hold smaller in-person concerts in August on the festival’s main stage, but that was canceled as the third wave of the pandemic swept through the province.

Everyone attending this year’s festival must be fully vaccinated, organizers announced last November.

At this point, Skromeda said this year’s festival would be crucial for the organization’s financial future.

On Friday, she said the festival was confident its site would be safe for attendees.

“We feel really good about the fact that even though we know there is a risk, we also think now is the time to start bringing back what people know and love, which is the Winnipeg Folk Festival.”

From Korea to Canada, ‘Pachinko’ spans the globe