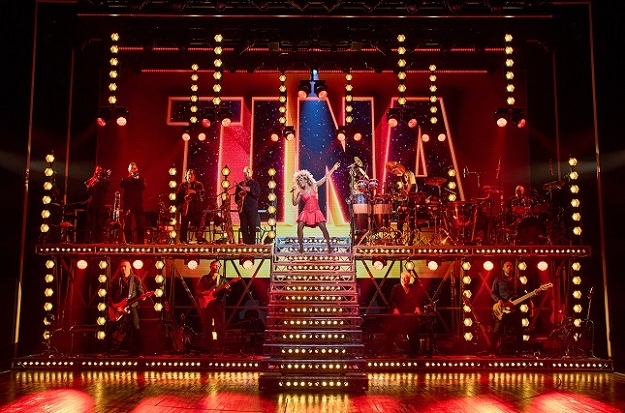 New York, NY (February 10, 2022) – Producers of TINA—Tina Turner’s Musical today announced the launch of a multi-year North American tour at Providence Performing Arts Center (PPAC) in Providence, Rhode Island in the fall of 2022 and visit more than 40 cities in its first year.

A two-week commitment TINA—Tina Turner’s Musical was also announced today as part of the 2022-2023 Bank of America Broadway on Hennepin Season in Minneapolis. The show will play at the historic Orpheum Theater from March 1-12, 2023, and tickets are currently available through season subscription packages.

Additional tour stops, one-time tickets on sale and castings will be announced throughout spring and summer. Fans should visit www.TinaOnBroadway.com to sign up for updates on upcoming tour news and announcements.

“It has been years since I toured in the United States and I am so happy that my own musical can now bring my music and my story to my fans in their hometowns across America. the show that’s on Broadway is a homecoming and it’s very special to me,” said Tina Turner.

Producers, Stage Entertainment’s Tali Pelman and Jimmy Nederlander, said, “We are thrilled to begin this new chapter for TINA – The Tina Turner Musical. The North American tour will see the show enjoy its sixth worldwide run since opening in the West End in 2018, a testament to Tina’s extraordinary legacy. This tour clearly has a special resonance for Tina herself, and now more than ever, we look forward to uplifting audiences across America with her joyous and triumphant story.

This new musical reveals a comeback story like no other, that of a woman who dared to challenge the boundaries of racism, sexism and ageism to become the global queen of rock n’ roll. TINA – THE MUSIC OF TINA TURNER is a celebration of resilience and an inspiration of triumph over adversity.

One of the world’s best-selling artists of all time, Tina Turner has won 12 Grammy Awards and her concerts have been seen by millions, with more concert tickets sold than any other solo artist in history. music.

TINA – THE MUSIC OF TINA TURNER originally opened on Broadway on November 7, 2019, was nominated for 12 Tony Awards, including Best Musical. The production reopened at Broadway’s Lunt-Fontanne Theater on October 8, 2021, following the industry shutdown for 18 months due to the COVID 19 pandemic.

Produced by Stage entertainment and Ghost discs and featuring the original London cast, Tina – The Tina Turner Musical: Original Cast Recording is available worldwide on CD, online and in stores. The CD includes a 20-page booklet, which includes liner notes, synopsis, and production and studio photography. The album was recorded in February 2019 at angel studios and R.A.K. Studiosproduced by the show’s music supervisor Nicholas Skilbeck and Kurt Deutschand co-produced by Tom Kelly. To download or stream the album, or order the CD, please visit http://www.ghostlightrecords.lnk.to/riverdeep-tinaturnermusical.

The Emmy-Nominated Feature Documentary TIN is now available to stream on HBO Max. An eye-opening and intimate look at the musical icon’s life and career Tina Turner, TIN traces his unlikely rise to early stardom, his lifelong personal and professional struggles, and his even more unlikely resurgence as a global phenomenon in the 1980s. The feature-length documentary is directed by Oscar-winning directors Dan Lindsay, TJ Martin and light boxthe production company founded by the Oscar-winning producer Simon Chinn and Emmy-winning producer Jonathan Chinnin collaboration with the Emmy-nominated producer Diane Becker.

The Ups and Downs of an Independent Band in Nepal