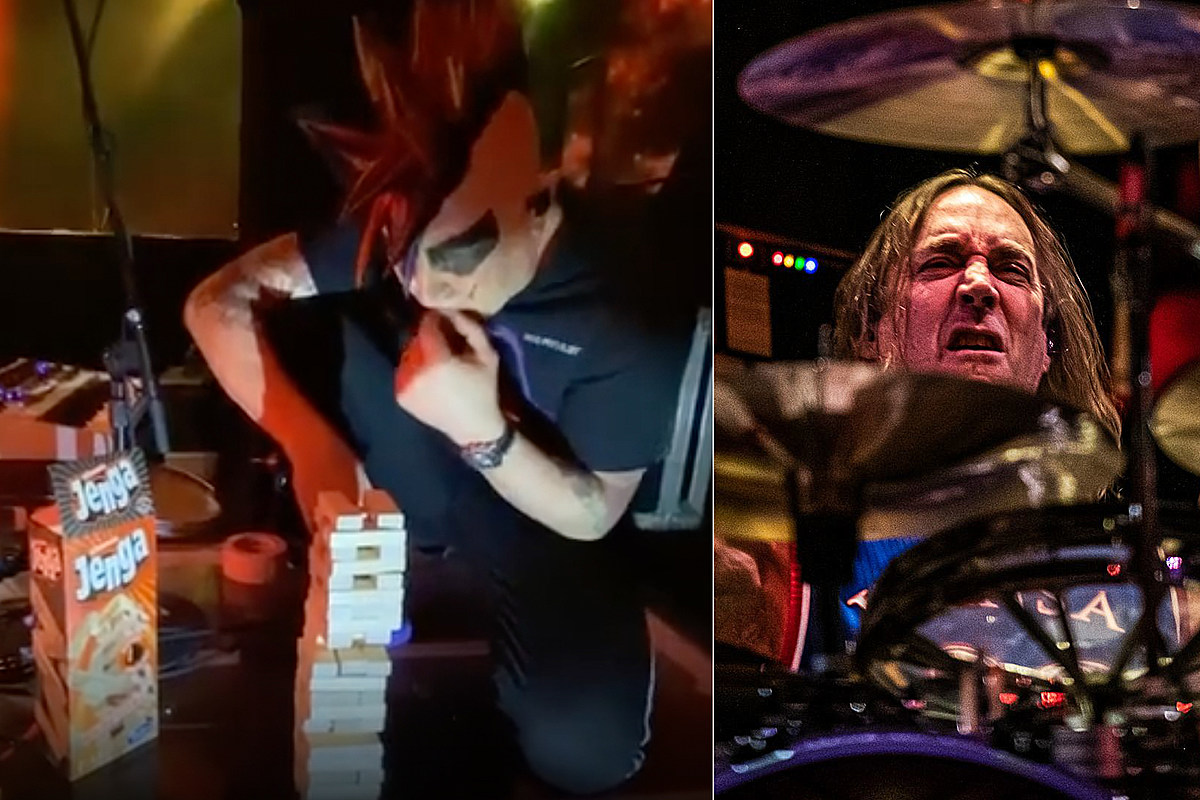 Tool is currently on tour in the United States and the road has a habit of testing their ability to entertain themselves during downtime. For Maynard James Keenan, however, it came to the stage at a recent gig, where he was filmed playing the popular game Jenga behind Danny Carey’s drums mid-song. And Carey also unwittingly surprised her singer.

With late-night sets regularly eclipsing the two-hour mark and with elongated instrumental passages present in many songs, Keenan has plenty of time to do…well…whatever he really feels like. The swirling, hypnotic visual effects of Tool’s live production are more than enough to keep fans engaged throughout these long, voiceless tracks, which allowed Keenan to test his patience and skill in a solo game of Jenga.

The game, which was invented in 1983 by British board game designer and author Leslie Scott, challenges players (traditionally two or more) to make decisions on multiple levels – pull a block of wood that won’t collapse step the tower while strategically selecting a block that will create more difficulty for successive players to reach the goal when it is their turn.

Any sudden movement or unsteady hand could result in a pile of wooden blocks on the ground and loss to the person who pulled the unfortunate piece.

Typically, players don’t smash a gong with a drum mallet when another player tries to fire a block, but Carey wasn’t completely aware of Keenan’s antics taking place directly behind or from him. just didn’t care, because he was focused on keeping the world going. – the timing of lessons on stage.

In the video clip below, which was shared on Keenan’s instagram page, the singer is seen crouched behind the drums, wondering which track to shoot next. Fans were quick to joke, “I know the tracks are fine,” in the comments section in reference to the famous lyrics of the Lateral song “Schism”.

After being startled by the gong, Keenan yelled at Carey, “What’s wrong with you?!” And on Instagram, he captioned the video, “Damn you son of a bitch @Tryn [sic] your [sic] bring Jenga back here, ffs [for fuck’s sake].”

An onstage performance of Jenga wasn’t the only surprising thing about Tool’s run so far. The band recently made headlines for $810 Inoculum of Fear vinyl box set that was sold on tour, but the price was actually $750 before taxes and fees. A worldwide release of that box set has since been set for April 8 and, earlier than that, the March 1 release of “Opiate2”, a reimagined version of the title track from Tool’s 1992 EP. A 15-minute companion short will also be released on March 18.

Read more about both releases here and see Tool’s remaining US and European tour dates here.

15 Rock Songs That Are Really Scary

An unambiguously scary rock song can certainly be unsettling. But what about the kind of melody that surprises you with its creepiness? It could have a sunny melody or what seems like a simple loving word. Yet, beneath the surface, something more dastardly lurks. Here are some examples of rock songs that are in fact really creepy.

Kiwiuh has succeeded in the game as a dancer, musical artist and with his other online endeavors.

Aṣa, ‘Believer’: song you must know